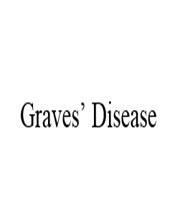 Management of Graves’ Hyperthyroidism: More Than a Century of Progression

There are three therapeutic modalities for the management of Graves’ disease (GD), including thyroid surgery, radioactive iodine (RAI), and antithyroid drugs (ATDs). We aimed to briefly review the history of these treatment strategies and their advantages and disadvantages.

Each treatment modality for GD is accompanied by several advantages and disadvantages. Nowadays, ATDs are the most commonly prescribed therapy for GD worldwide. The lack of well-designed, large RCTs comparing three different treatments for hyperthyroidism concerning various short-term and long-term outcomes has led to remarkable uncertainty in the preference of each of these treatments, as is evident in relevant guidelines from different societies. Recently, the efficacy and safety of long-term use of ATDs have been documented.

Pros and cons of each therapeutic modality for Graves’ hyperthyroidism should be taken into account during the physician-patient discussion to select the primary treatment. Considering recent data about the long-term efficacy and safety of ATDs, it seems that the appropriate selection of Graves’ patients for long-term ATD therapy can be a new avenue in the treatment and even cure of GD.

Graves’ disease (GD), an autoimmune thyroid disorder, is the most common etiology of hyperthyroidism comprising 60% - 90% of hyperthyroid patients (1). According to modern medical literature, the first cases of GD were introduced by Caleb Parry (1755 - 1822) and Robert Graves (1796 - 1852) in 1786 and 1835, respectively (2, 3). However, Avicenna (980 - 1037), the famous Persian physician, had described the first scenarios of hyperthyroidism and its association with proptosis in his book of Al-Qanoon (4).

Since then, three therapeutic modalities, including thyroid surgery as the oldest modality, radioactive iodine (RAI), and antithyroid drugs (ATDs) have been used for the management of GD. The findings from studies to compare the impact of these treatments on the patients’ long-term quality of life (5, 6) and cardiovascular outcomes (7, 8) are scarce and inconsistent. The remarkable uncertainty in the preference of each of these treatments is evident in recommendations in international guidelines on hyperthyroidism (9, 10). Based on these guidelines, the selection of treatment strategies depends on each patient’s clinical situation and availability of treatment modes considering their pros and cons. In this article, we briefly review the history of these treatment strategies and their advantages and disadvantages.

We searched PubMed for English language articles using search terms of “Graves” OR “hyperthyroidism” AND “treatment” OR “surgery” OR “thyroidectomy” OR “antithyroid” OR “thionamide” OR “radioiodine” OR “radioactive iodine” from inception to March 1, 2020. We also examined the references of review articles to find new related studies.

The oldest therapeutic modality for hyperthyroidism is thyroid surgery. The first successful surgeries on the Graves’-affected thyroid gland in the late 19th century resulted in awarding the Nobel Prize for Medicine and Physiology to the Swiss surgeon, Kocher (1841 - 1917) (11). The modification of the technique of thyroidectomy to total lobectomy on the one side, leaving a small remnant on the other side, was introduced by Thomas Peel Dunhill (1876 - 1957) (12).

Nowadays, compared to two other therapeutic modalities, i.e., RAI and ATDs, surgery is the least selected treatment option for GD worldwide (13-15). Thyroidectomy would be the favorite choice in some circumstances, including Graves’ patients with concurrent confirmed or suspected thyroid malignancy, large goiters (≥ 80 g), ≥ 1 large thyroid nodules, or patients with coexisting hyperparathyroidism requiring surgery (9). The patient should be treated with ATDs to become euthyroid before surgery.

The first therapeutic use of RAI in hyperthyroidism was reported in the work by Drs. Hertz and Roberts in 1941 - 1946 (17). Since then, RAI has been used as the primary treatment or the second choice after the recurrence of hyperthyroidism following ATD therapy. The goal of RAI therapy in GD is to overcome hyperthyroidism by rendering the patient hypothyroid (9). For many decades, RAI was the most commonly used treatment for GD in the United States; however, the decreasing trend of RAI use accompanied by the increasing trend of ATD use for GD since 2005 has been documented (13).

3.2.1. Radioiodine and Cardiovascular Complications and Mortality

A recent Swedish register study with a minimum mean duration of follow-up of 16.3 years showed an increased risk of all-cause mortality in hyperthyroid patients treated with RAI compared to those treated by surgery. The primary difference was related to cardiovascular mortality, particularly in men (7).

3.2.2. Radioiodine and Cancer Incidence and Mortality

One of the worrisome issues regarding RAI therapy for hyperthyroidism is the probable increased cancer incidence and mortality after RAI prescription. The present evidence is conflicting (21-23); based on the findings of a population-based study in the UK, hyperthyroid individuals treated by RAI had a decrease in the overall cancer incidence and mortality with an increased relative risk of small bowel and thyroid cancer (24). One of the largest retrospective cohort studies about this topic with > 35,000 hyperthyroid patients and the mean follow-up of eight years (25) revealed the safety of RAI as a treatment option for hyperthyroidism. However, keeping in mind the limitations, the 24-year extension of this study showed a significantly positive relationship between organ-absorbed RAI doses and the risk of mortality from solid organ cancers (26). In the most recent study with 123,167 person-year follow-ups, no associations were reported between RAI treatment of hyperthyroidism and cancer incidence (27).

3.2.3. Radioiodine and Quality of Life

Compared to the general population, individuals with hyperthyroidism who had impaired quality of life (QoL) significantly improved after treatment (28). There were no significant differences between long-term (14 - 21 years) QoL of Graves’ patients randomized to three treatment modalities in Sweden (5). However, a recent report from a large non-randomized cohort of Swedish patients revealed that 6 - 10 years after treatment, RAI therapy was associated with worse general and thyroid-specific QoL compared to other treatment modalities, i.e., ATD and thyroidectomy (6). Several limitations of this study, including its observational nature, lack of data on thyroid function status at the time of evaluation, and a response rate of 50%, should be taken into account when interpreting its findings.

Based on ATA recommendation, the RAI dose applied for the treatment of Graves’ hyperthyroidism should be enough to induce hypothyroidism (9). A retrospective survey of 291 patients with GD treated with ablative RAI doses in the Mayo clinic showed that 82% of patients became hypothyroid when assessed > 16 weeks following RAI therapy (29).

In the early 1940s, thioureas were introduced as goitrogenic agents by TH Kennedy (30) and Astwood et al. (31). The first prescription of thiourea analogs for the treatment of hyperthyroidism was done by Astwood (32); interestingly, agranulocytosis, known as a major adverse effect of thionamides, occurred in one of his three treated patients. By continued work of Astwood et al. on many antithyroid compounds, propylthiouracil and methimazole were introduced to the medicine in the late 1940s (33, 34) and are now the most commonly used therapeutic modalities for hyperthyroidism (14, 15, 35). These ATDs exert their antithyroid effects by the inhibition of thyroid hormone synthesis via decreasing iodine organification and iodotyrosine coupling. They also have immunomodulatory and probably antioxidant properties (36).

Methimazole is the preferred ATD for the treatment of hyperthyroidism because of its advantages, including the better safety profile and once-daily dose prescription (37, 38). Propylthiouracil is reserved for selected conditions such as the pregestational period, the first 16 weeks of pregnancy, thyroid storm, and in the setting of minor adverse reactions to methimazole (9, 10, 39). Considering the safety profile of ATDs, there are two categories of adverse effects: minor, common side effects including skin problems, arthralgia, and gastrointestinal upset and major, rare side effects including agranulocytosis, hepatic injury, and vasculitis (38).

Antithyroid drugs have been successfully used during pregnancy and lactation, as well as in children (36, 38, 40). Methimazole and propylthiouracil cross the placenta. Compared to propylthiouracil, methimazole use during early pregnancy is associated with a higher rate of congenital malformations. Based on data favoring neonatal safety of ATDs, their prescription at the lowest effective doses for the nursing mother is approved by professional societies (39, 41).

One of the unresolved debates regarding ATD therapy is the optimal duration of treatment. Considering the high relapse rate (30% - 70%) of GD following ATD discontinuation after the conventional duration of 12 - 18 months (9, 45) and emerging data about a high remission rate after long-term ATD use associated with acceptable safety concerns (46, 47), extended ATD prescription beyond the standard duration of 12 - 18 months is increasingly approved by many thyroid experts (48, 49). Data are scarce regarding the impact of long-term ATD treatment on the course of Graves’ orbitopathy; however, the stability of orbitopathy has been reported in retrospective studies (50, 51).

Table 1 summarizes the pros and cons of each therapeutic modality for Graves’ hyperthyroidism, which should be taken into account during the physician-patient discussion to select the primary treatment. These treatment options differ in the speed of attaining euthyroidism, relapse rate, need for medication use, the effect on accompanied orbitopathy, course of TRAb concentration, and complications.

Hypothyroidism, the inevitable outcome of total thyroidectomy and ablative RAI therapy, necessitates thyroid hormone replacement that is associated with some difficulties to mimic the physiological status of thyroid function (52, 53). The findings of a Swedish randomized trial of 179 patients with Graves’ hyperthyroidism and follow-up duration of 4 - 10 years to compare the three therapeutic options showed that ATD use for 18 months was associated with the highest relapse rate. On the other hand, RAI prescription increased the risk of orbitopathy; the other drawback of RAI was the increased serum levels of TRAb during the first four years of follow-up in the opposite of ATD and surgery that was associated with a steady decline in TRAb concentrations (54). As mentioned earlier, the assessment of QoL of these patients 14 - 21 years after randomization did not show any difference between treatment groups (5), which is parallel with the results of a 2016 Cochrane review with the inclusion of only two RCTs on 425 GD patients comparing RAI therapy versus 18-month methimazole therapy. Moreover, this review revealed that although RAI was associated with a statistically insignificant lower risk of relapse of hyperthyroidism, it increased the risk of developing and worsening orbitopathy (43). In a more recently non-randomized Swedish cohort of hyperthyroid patients, 6 - 10 years after the diagnosis, RAI-treated patients had worse thyroid-specific and general QoL compared to other treatment groups (6).

Concerning the hard outcomes of cardiovascular and cancer-related morbidity and mortality, contradictory findings from different studies make it difficult to reach a clear-cut conclusion. The surveys from different regions of the world regarding the physicians’ practice patterns for the management of GD have documented ATDs as the preferred therapeutic choice (14, 15, 55) even in the North America where there were more trends toward the use of RAI for many decades (13).

The lack of well-designed, large RCTs comparing different therapeutic modalities for hyperthyroidism concerning various short-term and long-term outcomes has led to remarkable uncertainty in the preference of each of these treatments, which is evident in relevant guidelines from different societies (9, 10). It is noteworthy that both total thyroidectomy and RAI create another thyroid disorder, i.e., hypothyroidism, requiring lifelong thyroid hormone replacement (48). Both ATA and ETA recommend using the status of TRAb level to decide on the duration of ATD therapy; if TRAb levels are persistently elevated at the end of conventional 12-18-month ATD treatment, the selection of other therapeutic modalities, i.e., RAI, thyroidectomy, or long-term ATD therapy accompanied by repeated measurement of TRAb after an additional 12 - 18 months, is recommended (9, 10). Considering recent data about the long-term efficacy and safety of ATDs (46, 47), it seems that the appropriate selection of Graves’ patients for long-term ATD therapy for at least five years can be a new avenue in the treatment of GD (56).

In conclusion, the revision of current guidelines on the management of hyperthyroidism may be suggested to accord with the above-mentioned issues.

Copyright © 2020, International Journal of Endocrinology and Metabolism. This is an open-access article distributed under the terms of the Creative Commons Attribution-NonCommercial 4.0 International License (http://creativecommons.org/licenses/by-nc/4.0/) which permits copy and redistribute the material just in noncommercial usages, provided the original work is properly cited.
download pdf 114.70 KB Peer Review Comments ( 129.97 KB) Get Permission (article level) Import into EndNote Import into BibTex
Number of Comments: 0