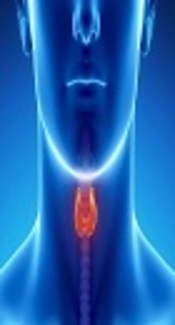 Hypothyroidism and Hypoparathyroidism in Thalassemia Major Patients: A Study in Sistan and Baluchestan Province, Iran

In the present study, we assessed the frequency of HT and HPT in a population of TM patients in Southeast of Iran.

This cross sectional study was performed on 194 TM patients in Zabol, Sistan and Baluchestan Province, Iran, during February - July 2016. The demographic, clinical, and laboratory data were collected via interviews and history - taking. For hormone measurements, specific ELISA kits were used. Statistical analysis was performed in SPSS version 16.

In patients with TM, HT was a complication with a relatively low frequency, while HPT was more common. Based on the findings, HPT was more frequent in older patients receiving regular blood transfusions, thereby necessitating close monitoring of these patients.

Hypothyroidism (HT) is a common endocrine complication in thalassemia major (TM), which occurs more frequently in the second decade of life (1, 2). Direct iron cytotoxicity affecting the thyroid gland seems to be the main cause of thyroid dysfunction in TM. In fact, excess iron is the main source of reactive oxygen species (ROS), which are highly toxic to thyroid, especially its anterior segment (3, 4). However, there are controversies regarding the correlation of ferritin level with thyroid dysfunction in TM. According to previous studies, the frequency of HT in TM patients is 1.5-16% in Iranian patients (2, 5-9) and 0-30% in other studies across the world (10-17).

Hypoparathyroidism (HPT) is another relatively common endocrinopathy in TM. This condition is regarded as a contributing factor for abnormal bone metabolism in TM (18, 19). HPT is characterized by decreased serum calcium and increased serum phosphor levels, accompanied by the diminished level of parathyroid hormones (PTH). This condition may trigger progression towards neurological problems, causing calcification of different cerebral tissues. Moreover, HPT has been introduced as a concurrent complication with other endocrinopathies such as diabetes. The role of iron toxicity, as an important factor in the development and progression of HPT, has been suggested in the literature. Nevertheless, lack of consistency regarding the association between ferritin level and development of HPT highlights the importance of a multifactorial approach (2, 5).

Sistan and Baluchistan Province has the largest number of TM patients in Iran (20). It has been estimated that around 2000 TM patients reside in this province, with Zabol (North of the province) comprising about 10% of this population. However, there have been no reports on the prevalence of HT and HPT in TM patients in Zabol. Therefore, in the present study, we aimed to assess the frequency of these endocrinopathies in TM patients, admitted to our care center.

The study population included TM patients, admitted to the care center of Imam Khomeini Hospital, Zabol, Iran. The study was performed during February - July 2016. Patients who were above 2 years of age and had a ferritin level > 2000 ng/dL and blood transfusion > 10 units were recruited in the study (19). A total of 194 patients were studied, which comprised 93.2% of all registered patients. An informed consent was obtained from the patients or their parents before the study. The study was conducted according to the ethical standards of the committee on publication ethics (COPE) and was approved by the ethics committee of research of Zabol University of Medical Sciences.

The medical histories of patients were comprehensively reviewed for demographic and clinical data. Levels of hormones, including total triiodothyronine (T3), thyroxine (T4), and thyroid - stimulating hormone (TSH), were measured with specific ELISA kits, according to the manufacturer's instructions (padtan elm co., Tehran, Iran). Briefly, hormone levels were measured using a competitive assay of serum hormones and horseradish peroxidase conjugated hormones for binding to anti-hormone antibodies, coated at the bottom of wells.

In addition, the levels of serum calcium and phosphorus were measured with specific ELISA kits. The PTH level was also measured using the Intact PTH ELISA kit (euroimmun co., Germany), according to the manufacturer's instructions; the CV for this assay was measured to be 4.8%. HPT was diagnosed in patients with a low serum level of calcium, accompanied by increased serum phosphorus and reduced PTH levels (22); the normal range of PTH was 3.1 - 40 pg/mL.

HT was reported in 18 (8.2%) patients, including 13 subclinical (6.7%) and 5 (2.6%) overt cases. Among 5 patients with overt HT, 4 were under treatment with levothyroxine. No significant relationship was found between thyroid function and the baseline characteristics (Table 1). On the other hand, HPT was detected in 35 (18%) patients; one patient (0.5%) had concurrent HT and HPT.

Table 1. The Demographic and Clinical Characteristics of TM Patients Diagnosed with HT and HPT

dComparison between normal and HT groups

eComparison between normal and HPT groups

There was a significant association between HPT and advanced age, splenomegaly, splenectomy, hepatomegaly, mean total blood volume transfused per year, mean blood received per transfusion, and chelation therapy regimen (Table 1). The mean age of patients with HPT was significantly higher (20.1 ± 5.8 years) than that of patients without HPT (13.9 ± 6.2 years; Table 2). In the logistic regression analysis, advanced age, splenomegaly, splenectomy, and > 500 mL of blood per transfusion were significant risk factors for HPT. After correcting for the covariates, splenectomy remained an independent risk factor (OR, 6.5; 95% CI, 1 - 39.2; P = 0.04; Table 3).

Table 2. The Mean Values of Selected Parameters in Patients with Thalassemia Major According to Their Thyroid/Parathyroid Status

bComparison between normal and HT groups

cComparison between normal and HPT groups

dComparison between HT and HPT groups

Table 3. The Logistic Regression Analysis of Demographic, Therapeutic, and Clinical Characteristics for Risk of HPT in TM Patients

cStepwise regression model was used for multivariate analysis. The covariates were all parameters listed as variables in the table.

In the present study, we reported the frequency of 2 common endocrinopathies, i.e., HT and HPT, among TM patients in Zabol, Sistan and Baluchestan Province, Iran. The prevalence of HT and HPT was 8.2% and 18% in a total of 194 TM patients, respectively. Overt HT was observed in 13 (6.7%) patients, while the subclinical type was found in 5 (2.6%) out of 18 HT patients.

In our previous report on complications of TM in Zahedan, Sistan and Baluchestan Province, HT was reported in 7.8% of patients, which is comparable to the rate reported in the current study (23). Comparatively, overt and subclinical types were both reported in 1.6% of TM patients in a study from Southwest of Iran (6). In another study, subclinical HT was reported in 4.6% of thalassemia intermedia (TI) patients in Hormozgan Province, South of Iran (7). In another Iranian study on 178 TM and 17 TI patients, overt and subclinical HT types were reported in 13.8% and 3.1% of patients, respectively (8). Moreover, in a survey by Mehrvar et al. on 437 TM and TI patients, admitted to the Iranian Center of Blood Transfusion in 2008, HT was diagnosed in 10 (2.2%) patients (24).

The frequency of subclinical HT in TM patients was 15.4% in Bahrain (26), 23.5% in India (27), 17.6% in Thailand (28), 12.3% in Italy (13), 20.6% in Egypt (16), and 6.3% in Qatar (17). The occurrence of HT was generally lower in our study, compared to the majority of previous reports (10-17). The variable frequencies reported in different regions of Iran may be attributable to nutritional factors. For instance, consumption of iodide - rich foods may account for the lower frequency of thyroid dysfunction in Southwest of Iran (6). Moreover, inclusion of different age groups may be also a contributor to the variable frequencies of HT (9). Other possible reasons for such variations may be differences in sample size, ethnic background, and treatment protocols of different centers.

The role of advanced age in the development of endocrinopathies is noteworthy in TM (17). We detected overt HT in only 2 patients below 10 years, while 3 of these young patients had subclinical HT. In another study on TM patients below 13 years, HT was not observed in any of the cases (37). This discrepancy may indicate a poor chelation therapy in our patients at this age. Other factors possibly involved in the progression of HT include the magnitude of blood transfusion, poor compliance with iron chelation therapy (26), and splenectomy (33).

On the other hand, there are reports showing no significant association between thyroid function and the mentioned factors (7, 15-17, 29). In a study on 178 TM and 17 TI patients from Iran, no association was found between thyroid function and age, ferritin level, spleen status, or iron chelation therapy (8). In line with recent studies, we found no significant relationship between HT and demographic or clinical factors. This may be in part due to the low number of patients with HT, which averted a statistically significant threshold.

The patients with HPT in our study were significantly older (20.1 ± 5.8) than patients without HPT (13.9 ± 6.2). Furthermore, a significant difference was observed regarding the mean blood received per transfusion between TM patients with and without HPT. In consistence with these findings, HPT was associated with the age of TM patients in some reports (38), while other studies did not confirm this relationship (33); these differences are likely to be related to different age ranges of patients in these studies.

In a study in Hormozgan Province, TI patients with HPT showed a significantly lower mean hemoglobin level, compared to patients without HPT (7). Accordingly, HPT was described at a higher ratio in TM patients with major transfusions (39); this finding is in line with our observations regarding the significant association between HPT and greater volume of received blood per transfusion per year. Accordingly, we observed that patients, who had received less than 3000 mL of total blood per year, did not have HPT.

The majority of patients with HPT had irregular iron chelation regimens. In addition, a significantly lower frequency of HPT was reported in patients who had used Osveral. Moreover, poor adherence to chelation therapy was described as the most significant parameter for HPT (33). In addition, appropriate iron chelation therapy was noted as a protective factor against the development of HPT (40).

In the present study, we did not consider the effects of some possible covariates, such as nutritional status and physical activity, which could influence the development of endocrine disorders. However, considering the high number of analyzed patients, the effects of interindividual parameters, such as nutrient deficiencies, might have been disregarded. Another limitation of the current study was that we could not rule out any possible disturbances in thyroid hormone binding, as we measured total T4 and T3 levels.

Based on the findings, HT and HPT are among common endocrinopathies in TM patients in our region. Due to the possible reversal of these conditions at early stages using intensive iron chelation therapy, routine monitoring of patients who are at risk of these endocrinopathies is recommended.

Copyright © 2018, International Journal of Endocrinology and Metabolism. This is an open-access article distributed under the terms of the Creative Commons Attribution-NonCommercial 4.0 International License (http://creativecommons.org/licenses/by-nc/4.0/) which permits copy and redistribute the material just in noncommercial usages, provided the original work is properly cited
download pdf 131.67 KB Get Permission (article level) Import into EndNote Import into BibTex
Number of Comments: 0