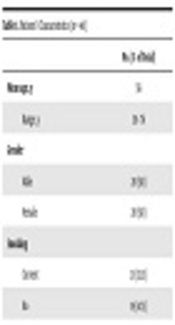 Orbital radiotherapy (RT) is an effective and consolidate treatment for steroid-refractory Graves’ ophthalmopathy (GO); however, long term effects are not well known.

The aim of this study was to evaluate the long term efficacy and toxicity of orbital RT plus concomitant systemic steroids in a population of patients with moderate-to-severe GO or with eyesight threatening symptoms refractory to steroids.

Forty patients with moderate-to-severe GO or with eyesight threatening symptoms not responsive/resistant to steroids were treated with orbital RT at the dose of 20 Gy in 10 fractions plus concomitant steroids. Clinical activity score (CAS) and symptoms status were evaluated to determine response to the treatment.

Our results reported the long-term efficacy and the good tolerance of orbital RT. The combination of RT plus steroids in this setting may avoid or delay performing the surgery in some cases.

Graves’ ophthalmopathy (GO) is a major and the most frequent extrathyroidal manifestation of Graves’ syndrome. GO is an autoimmune disease related to the production of cytokines by T lymphocytes activated against TSH receptor, expressed by extraorbital tissues. Principally, the edema and swelling of the extraorbital tissue are determined by glycosaminoglycan and hydrophilic molecules produced by the stimulated fibroblasts and T cell infiltration. Typical symptoms at presentation include any combination of proptosis, pain, tearing, orbital movement impairment, with or without diplopia, periorbital edema, visual impairment, and rarely blindness (1).

Treatment options depend on the severity of the disease. In mild ophthalmopathy, local measures such as lubricants, sunglasses, and prisms are sufficient to spontaneous recovery. In a threatening ophthalmopathy, the treatment depends on either prednisone pulse therapy or on immediate surgical orbital decompression (2). The purpose of the treatment in patients affected by GO is to reduce the local immune response that can be achieved by controlling thyroid disease, with the administration of steroids or immunosuppressive therapy (3, 4). Sometimes systemic therapy with steroids can be ineffective and relapses of the disease are frequently observed. Under these circumstances, additional treatments such as surgery or radiotherapy (RT) are commonly needed (5, 6).

Over a century, RT has been used in the treatment of GO (7, 8). The rationale of using RT is based on the sensitivity to small doses of radiation of T lymphocytes and fibroblasts, which are mostly responsible for edema and fibrosis, respectively. Symptoms improvement or stabilization rates of around 94% - 97% can be achieved in GO after radiation treatment, especially when combined to steroids (9, 10). However, subjective and objective symptoms showed different responses to RT. Orbital movements, orbital pain, and tearing present the most robust response ranging from 25.5% to 65.8%. In contrast, vision loss and proptosis are the most refractory symptoms to RT with improvement rates ranging from 37.1% to 41.5% (11, 12). The overall salvage surgery rate after RT is about 50% (13, 14).

The aim of this study is to evaluate the long term outcome of orbital RT with concomitant systemic steroids in a series of patients affected by moderate-to-severe GO not responsive/resistant to high dose systemic steroids or with severe diplopia.

Between January 2009 and December 2016, 40 patients with moderate-to-severe GO not responsive/resistant to high dose steroids or with severe diplopia were recruited to the Department of Radiation Oncology. Disease activity was measured using the seven-items clinical activity score (CAS) (15) that consists of seven clinical items (spontaneous orbital pain, pain with eye movement, eyelid erythema, eyelid edema, conjunctival injection, chemosis, and swelling of the caruncle); 1 point was given to each of these clinical items and the total score might range from 0 (no activity) to 7 (very high activity). The disease was defined moderate-to-severe when presenting with CAS ≥ 4.

Inclusion criteria for radiotherapy were: CAS ≥ 4; evidence of severe diplopia regardless of CAS; disease not responsive/resistant to high-dose steroids. All patients included in this study were evaluated in a multidisciplinary team consisting of endocrinologists, ophthalmologists, maxillofacial surgeons, radiation oncologists, and neuroradiologists before any therapeutic decision.

Workup was completed with patients’ history and physical examination, thyroid disease history, prior corticosteroid use, ophthalmologist evaluation, surgery, and thyroid laboratory tests. Orbit-scan MRI (Magnetic resonance imaging) was performed for each patient to better define the severity of the disease (optical nerve compression) and to exclude other developing causes of the ophthalmopathy such as infection or tumor. Written informed consent was obtained from the patients.

Radiation therapy was planned using a 3D conformal technique delivered through a Varian LINAC (6 MV photons) with 2 opposed beams. The clinical target volume (CTV) encompassed the bilateral orbits from the apex of the sphenoid sinus posteriorly to the fleshy cantus anteriorly and from the roof of the orbit superiorly to its floor inferiorly. A margin of 5 - 8 mm in all directions was added to the CTV to generate the planning target volume (PTV). The dose-volume histogram was in accordance with the accepted tolerance dose for organs at risk. The total prescribed dose to the PTV was 20Gy delivered in 10 fractions of 2Gy daily for five days a week over 2 weeks (6). All patients received concurrent high dose steroids that consisted of methylprednisolone i.v. 500 mg weekly.

Both eyes were often not affected by the same grade of GO. Data for the worse eye were reported and used for analysis.

a All data are presented as No. (%) unless otherwise specified.

Table 2. Characteristics of the Symptoms and Response After Treatment

a Of any grade if not specified.

b All data are presented as No. (%) unless otherwise specified.

After a median 56-month-follow-up, GO was controlled in 29 (72.5%) patients. Seventeen (42.5%) patients received surgical intervention: Eleven (27.5%) of these patients experienced a relapse of disease and were treated with systemic steroids and ten (25%) of these patients showed no response after medical treatment and underwent orbital decompression (3 patients in the first 2 years of follow-up and 7 patients before the fifth year). Four (10%) patients received the surgical correction of the strabismus, 4 (10%) underwent surgery for bilateral cataract, and 1 (2.5%) patient underwent an eyelid lipectomy for the persistence of eyelid edema.

The natural history of GO is characterized by two phases: An active phase in which inflammation, lymphocyte and fibroblast infiltration are predominant and an inactive fibrotic phase. The clinical manifestation of untreated disease is described by the Rundles’ curve (18). During the active phase, RT plays a role after the failure of medical treatments (steroids and immunosuppressive therapy), especially in association with steroids (19-24). We reported the good outcome, acute and late side effects of orbital radiotherapy plus concomitant steroids in a series of patients affected by moderate-to-severe GO after a long-term follow-up.

Kim et al. (25) reported that orbital RT and concomitant steroids had a superior efficacy in reducing GO severity than steroids alone when evaluated by NOSPECS classification. The concomitant group showed 11.8% (8/68 patients) relapse within 1 year after treatment and the steroids alone group showed 28.8% (17/59 patients) relapse. In particular, ocular motility impairment was significantly improved by concomitant treatment in comparison to steroids alone group. Bartalena (26) randomized 48 patients with moderate-to-severe disease to receive RT plus steroids or steroids alone. After 1 year a very good response was described in the combined group; in particular, a soft tissue involvement was improved. Moreover, a meta-analysis reported the superiority of the concomitant regimen compared to RT alone (OR 17.5, 95% CI: 1.22 - 250; P = 0.04) in patients with moderate-to-severe GO (27).

In the current study, at 1 year an improvement was observed in eye movements of 42.5% (82.5% vs. 40%), diplopia of 32.5% (80% vs. 47.5%), and eyelid edema of 32.5% (90% vs. 57.5%) of the patients. Lacrimation recovered in 32.5% of the patients (85% vs. 52.5%) but this result could be partially related to the radiation damage to lachrymal glands. These results, despite the paucity of a control group, are comparable with recent findings in a similar population of the patients (10). Tanda and Bartalena also reported that RT is effective in the reduction of ocular motility impairment and diplopia but not proptosis or eyelid swelling (8).

Seven-item-CAS has been showed to be an easy and helpful tool for evaluating disease activity and response to immunosuppressive therapy; however, it is not accurate in describing the overall status of GO (28). For this reason, it is important to take into account the modifications of each symptom, as well.

In the current study, after 1 year a median of 2 points CAS reduction (5 vs. 3) and a translation to inactive disease in 57.5% of cases has been found. Also, CAS reduction was in accordance with symptom recovery. The population of our study was homogeneous, all patients had moderate-to-severe active phase GO or severe diplopia regardless of the CAS and all received steroids before and during RT. Radiation treatment was administered when steroids were ineffective or patients presented severe diplopia and low quality of life due to the symptoms. After a median follow-up of 56 months, the reactivation of the disease was observed in 11 (32.5%) patients. Salvage medical treatment was administered but 10 patients relapsed again and were then submitted to orbital decompression. These results are in accordance with other recent reports with long-term follow-up (9, 28, 29). Conversely, the results of the CIRTED study, a recent multicenter, 2 × 2 factorial, double-blind, randomized controlled trial reported no advantage of radiotherapy over sham radiotherapy and azathioprine. Moreover, azathioprine showed a benefit in a post-hoc analysis due to the high rate of withdrawals (30). The results of this study cannot be directly compared with ours because all patients in our study received treatment with steroids prior to orbital RT and irradiation was performed only when steroids were ineffective or in case of severe symptoms while only 12.6% patients of the previous study received steroids prior to orbital RT.

The absolute usage of salvage surgery after combined treatment in our studied population was 25% but no factors were found to be predictive for surgical intervention. Interestingly, the majority of salvage surgeries (7/10 cases) were performed in the late phase of FUP (3 - 5 years), reflecting, the chronic behavior of the disease with alternation of active phases and inactive phases, also with a long period of free-from-disease time (was not statistically confirmed). The possibility to identify the predictive factors of relapse could help the selected patients to undergo a more intensive or longer FUP.

Recently, Sisti et al. (9, 18) analyzed the results of a series of patients with mild-to-severe GO who underwent orbital RT plus steroids. After a 55.5-month-follow-up, the total rate of responders was 67.7%. Female gender was significantly associated with a higher prevalence of response (76.4% vs. 48%; P = 0.02). In our study, no factors were found to be predictive of response or relapse, also in the long term follow-up.

Acute toxicity was mild. Bilateral cataract occurred in 3 (7.4%) patients and grade 1 - 2 chronic dry eyes in 5 (12.5%) patients. These results are in line with previous studies (29, 31). No secondary malignancies occurred within the treatment field.

Nevertheless, the current study presents a number of limitations: In addition to the retrospective nature of the study and the absence of a control group, data regarding serum anti-TSH receptor autoantibodies and dose/duration of pre-RT high-dose steroids were not available. Points of strength are the homogeneity of the population and treatment, as well as the long-term follow-up. Our results confirm the good outcome and tolerability of the combination of orbital RT and systemic steroids administered in a homogeneous population of unfavorable patients. This regimen of treatment was found to be effective even after long-term follow-up; however, no predictive factors related to the relapse have clearly been found yet. Further studies in larger series are needed to evaluate the real efficacy of this schema and determine predictive factors in order to select subgroups that could benefit considerably from such therapy.

Our results confirmed the efficacy of the orbital RT combined with systemic corticosteroids in patients with moderate-to-severe GO or with severe diplopia, previously treated with high-dose steroids. Potential predictive factors could help clinicians to better select candidates, who could more benefit from this regimen. Long term results need to be validated in larger series.

Copyright © 2019, International Journal of Endocrinology and Metabolism. This is an open-access article distributed under the terms of the Creative Commons Attribution-NonCommercial 4.0 International License (http://creativecommons.org/licenses/by-nc/4.0/) which permits copy and redistribute the material just in noncommercial usages, provided the original work is properly cited.
download pdf 133.23 KB Abstract XML Get Permission (article level) Import into EndNote Import into BibTex
Number of Comments: 0