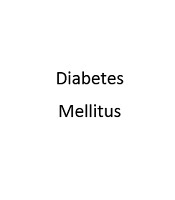 Insulin, as the oldest therapeutic agent in the management of diabetes mellitus (DM), has always ranked high among different pharmacologic products in all clinical practice guidelines on standard care of DM. Insulin is the most effective agent for glycemic control and glycated hemoglobin (HbA1c) reduction that can be used in all stages of type 2 DM as monotherapy or combined with other glucose-lowering agents (1, 2). Nowadays, in addition to old human insulin products, several rapid- and long-acting insulin analogues as pens are available. Arguments, however, continue about the cost-effectiveness of using these new products with pharmacologic profiles closer to normal physiology (3, 4). Based on the American Diabetes Association algorithm for use of glucose-lowering medications in type 2 DM, where cost is a major concern, insulin with the lowest cost would be considered (5). According to the World Health Organization guidelines, in low-resource settings, human insulin products, both short-acting regular insulin and intermediate-acting NPH insulin, are strongly recommended as the insulin of choice in adults with type 1 DM and as the third-line treatment for individuals with type 2 DM; long-acting insulin analogues is suggested for patients with frequent severe hypoglycemia with human insulin (6).

Recently, a retrospective cohort study assessed the associations of a health plan for switching from insulin analogue to human insulin with glycemic outcomes in older patients with type 2 DM and indicated that the intervention was accompanied only by 0.14% increase in HbA1c levels with no significant changes in the frequency of serious hypoglycemic or hyperglycemic episodes; this was a successful program which was also substantially cost-saving (11).

Considering all the above-mentioned findings together with the considerable cost of insulin analogues, it seems that although “human insulin may not be the optimal choice for everyone, it could be a solution for many patients with diabetes”, as said by Lipska (12), especially in settings where human insulin products in the form of pens are available, as is the case in our country.

Copyright © 2019, International Journal of Endocrinology and Metabolism. This is an open-access article distributed under the terms of the Creative Commons Attribution-NonCommercial 4.0 International License (http://creativecommons.org/licenses/by-nc/4.0/) which permits copy and redistribute the material just in noncommercial usages, provided the original work is properly cited.
download pdf 72.37 KB Get Permission (article level) Import into EndNote Import into BibTex
Number of Comments: 0