The Prevalence of HBsAg, Anti-HCV, and Anti-HBc in Patients With β-Thalassemia Referred to Blood Banking Department of Ghaem Hospital in Mashhad, Northeast of Iran 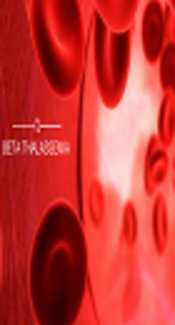 The current study was conducted on 50 patients with β-thalassemia including 25 males and 25 females within the age range of 2 - 46 years. The mean age was 17 years. According to the results, the prevalence of HBsAg, anti-HCV, and anti-HBc were 8%, 16%, and 6%, respectively.

In the current study, the prevalence of anti-HCV in patients with thalassemia undergoing frequent blood transfusion was high. It showed that more intensive screening on blood donors is needed to diagnose HCV and HBV infections in patients with β-thalassemia major; although, it is needed to confirm the HCV when the serology is positive. It is advised that a technique with high sensitivity and specificity such as polymerase chain reaction (PCR) should be used.

The current study was conducted at Ghaem hospital of Mashhad on 50 patients with β-thalassemia major including 25 males and 25 females in the age range of 2 - 46 years, and the mean age of 17; the study was financially supported by the Research Deputy of the School of Medicine, University of Mashhad, Mashhad, Iran. demographic data such as age, gender, interval between transfusions, and also the age at beginning of transfusion were derived from patient`s records. In the current study, variables included HBsAg, anti-HBc, anti-HCV, ALT (alanine aminotransferase), and AST (aspartate aminotransferase). The samples were the serum of the patient separated from the blood existing in pipes lacking anti-coagulant agents. Before taking blood sample, the informed consent form was signed by the subject. If the patient was under 18 years old, the consent form was signed by the parents. After sampling by laboratory experts, blood samples were kept in sterile tubes at room temperature for 30 minutes for blood clot forming. Then, serum was separate and stored at 20°C. Liver enzymes (ALT, AST) were measured by the auto analyzer (Hitachi, Japan).Also, the enzyme-linked immunosorbent assay (ELISA) was used to evaluate viral infection (HBsAg, anti-HBC, and anti-HCV). The current study was approved by the Ethics Committee of Mashhad University of Medical Sciences. The collected data were analyzed by SPSS version 21. Descriptive variables, chi-square, and t test were used to analyze the data. 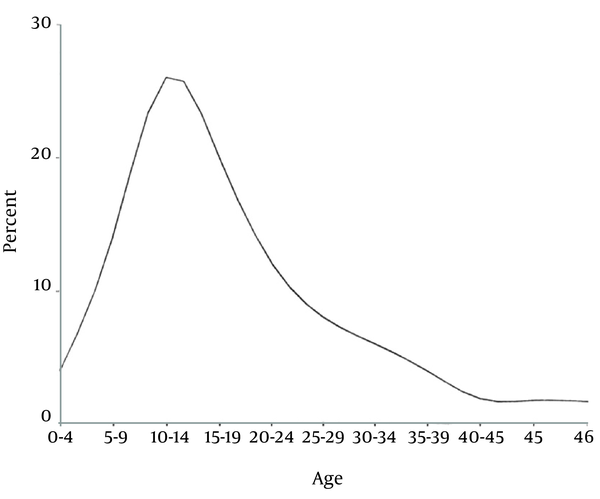 Figure 1. The prevalence of thalassemia according to age 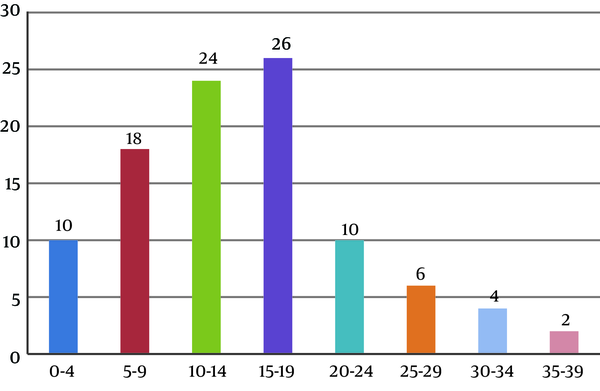 Table 2. Comparison of the Prevalence of anti-HCV and Duration of Transfusiona

Table 3. Comparison of the Prevalence of anti-HBc and Duration of Transfusiona

In the current study, the prevalence of HBsAg, anti-HCV, and anti-HBc in the patients with β-thalassemia major was 8%, 16%, and 6%, respectively. In recent years, many studies are conducted to evaluate HBV and HCV status in patients with β-thalassemia major. Also, the average of ALT and AST in positive HBsAg cases was highly identical with the results obtained in the current study.

Chakrabarty et al. (17), studied 200 patients with β-thalassemia major. They used rapid immunochromatographic test and their sera were tested for HBsAg and HCV-Ab. The positive HBsAg and HCV-Ab results were confirmed by ELISA; four (2%) patients were HCV-Ab positive and 13 (6.5%) HBsAg positive. Univariate analysis showed that older age, longer transfusion duration, HBsAg seropositivity, and higher serum ferritin levels were significantly associated with a higher prevalence of HCV. Blood screening strategies and HBV vaccination led to a dramatic decrease in the prevalence of HBV during the last decades in Bangladesh. However, post-transfusion transmission of HCV is still a major health concern in multi-transfused patients. As the prevalence of HCV infection is much higher among patients with β-thalassemia compared with HBV infections, routine screening of donated blood for HCV by ELISA is highly recommended (17). In comparison of the current study results with those of Chakrabarty, the incidence of anti-HCV was higher in the current study and there was no statistically significant difference between HBsAg and duration of transfusion. The other studies from some other countries reported an HCV infection rate of 40.5% in Jordan (17), 30% in India (18), 35% in Pakistan (19), 33% in Kuwait (20), and 14.5% in Egypt (21).

In the current study on 50 patients with thalassemia major referred to Ghaem Hospital in Mashhad, no one had any record of dialysis, hepatitis, surgery, and injecting drug addiction. Also, none of the patients were married. In recent years, prevailing wide filtering toward reduction of transmitting infections through transfusion is done and also high efforts were made to eradicate HCV, detect HBV, and treat them in order to reduce the number of such patients. But, special acts such as employing PCR to identify infected people in order to decrease infection transition should be made.

Since ELISA was employed in the current study to evaluate HBV and HCV status, it is advised that the techniques with higher sensitivity such as PCR be used to reduce receptive positive cases.

Authors would like to thank all the patients, blood donors, and the staff of Mashhad University of Medical Sciences who helped with the current study.