A 56-years-old man who suffered from chest pain was admitted to the emergency ward. After clinical examination, the primary diagnosis was acute anterolateral MI. Therefore, PCI on left anterior dimension (LAD) and diagonal arteries using modified flower petal stenting was performed in the side branch, which we called it REVERSE modified flower petal.

Modified flower petal stenting was performed by the REVERSE mechanism as described in the report of the new intervention (2.5 × 18). The follow-up after 24 months by the exercise stress test using the Bruce protocol supported the success of the intervention.

During recent years, the early diagnosis, effective treatment, and suitable management of complications have decreased the rate of morbidity in AMI (1). Although prescribing anti-thrombolytic drugs, particularly at the first hours after AMI, improves blood flow in the occulted artery in 60% of the patients, the complete restoration of blood flow in the involved artery needs interventional therapy (2, 3). There are various two-stent techniques, such as the culotte technique, T-stenting, crush technique, simultaneous kissing stenting. The angulation of the significant side branch (SB) affects the decision on the technique to be chosen. The SB, the main vessel (MV), and the lesion morphology are three important parameters in choosing the technique (4).

In this case, we used a new technique which we called REVERSE modified flower petal stenting during pPCI for a 56-year-old patient who suffered from AMI to increase the chance of rescue of the involved coronary artery and decrease the risk of restenosis. We followed the patient for 19 months by angiography.

A 56-year-old man who suffered from typical chest pain, nausea, and diaphoresis, but with no report of dyspnea, vomiting, paroxysmal nocturnal dyspnea (PND), and orthopnea, was admitted to the emergency ward. An initial electrocardiogram (ECG) was performed that showed ST elevation in I and aVL, and ST depression in V2-V6. The patient was diagnosed with Medina type 1.1.1 coronary bifurcation lesions based on the evidence. Transthoracic echocardiogram (TTE) showed mild mitral regurgitation and left ventricular ejection fraction (LVEF) of ~50% with lateral wall hypokinesis. However, mitral stenosis (MS), aortic regurgitation (AR), and aortic stenosis (AS) were not seen.

2.1. The Report of the New Intervention We Used for This Emergency Case 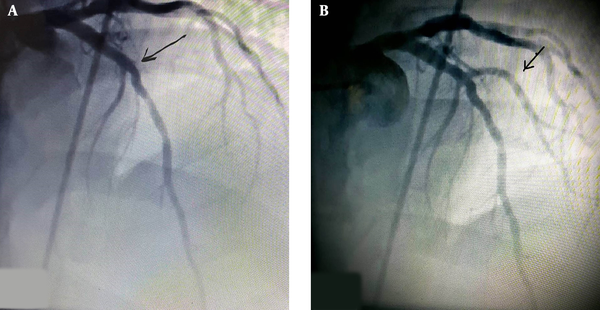 Angiography and primary percutaneous intervention indicating A, occlusion of the artery that B, was treated with the REVERSE modified flower petal stenting technique.

In a previous study by Cayli et al. (5) entitled “modified flower petal technique: A new technique for the treatment of Medina type 1.1.1 coronary bifurcation lesions” published in the Journal of the American College of Cardiology (JACC), one of the exclusion criteria was patients with acute myocardial infarction, while we used the REVERS of this intervention for a patient with acute myocardial infarction.

The primary diagnosis was acute anterolateral MI and thus, ASA 325 and Plavix (45 mg/kg) were prescribed for one year, which continued with ASA 325 for the rest of his life. Finally, the patient was transferred to the Catheterization Lab, and pPCI on LAD diagonal using modified flower petal stenting by Biotronik AG Orsiro stent was performed via the REVERSE mechanism as we described in the report of the new intervention in the earlier section (2.5 × 18) (Figure 1). 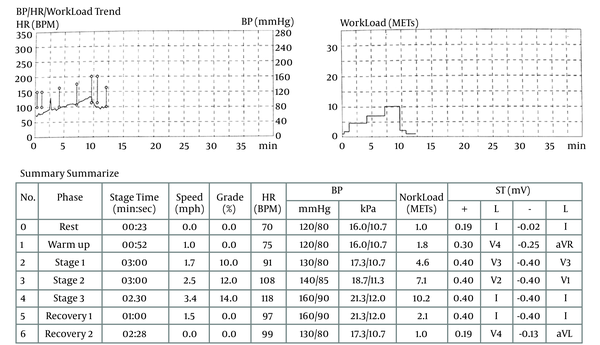 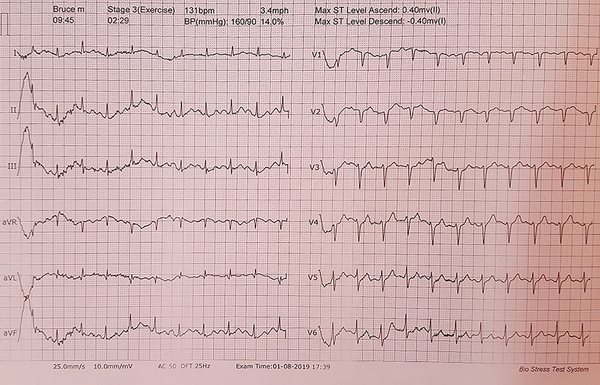 New effective techniques and methods have been developed and experienced in the past decades. Angioplasty is a common technique for patients who suffer from AMI that improves the outcome and prognosis of these patients (2). However, clinical studies demonstrated that the outcomes of PCI are not sufficient in patients with coronary bifurcation lesions. During the years after describing and evaluating the PCI, many stenting techniques have been designed and clinically experienced to improve the outcomes of PCI in AMI patients with bifurcation lesions (6). Accordingly, cullote, crush stenting, T-stenting, V-stenting, and kissing stent technique have been widely employed as two-stent methods for patients who suffer from complications resulting from CHD. Despite the successful clinical practices of these stenting techniques, there is strong evidence of late complications such as either restenosis or thrombosis due to stenting techniques using two stents (7). A study by Al Suwaidi et al. (8) showed that in these lesions, balloon angioplasty without stenting increases the risk of acute vessel closure; on the other hand, the implantation of bare metal stents (BMS) was associated with approximately 30% rate of Major adverse cardiac events (MACE) at one year of the study (8).

In the past decades, several techniques were introduced and experienced to overcome the limitations resulting from pPCI. The poor clinical outcomes due to pPCI are still reported from almost all countries (5). Several studies on coronary bifurcation lesions showed that the main vessel and the side branch need stent coverage. Recently, a new stenting technique named flower petal stenting was explained by Kinoshita and colleagues (9). Simultaneous multivessel epicardial coronary artery thrombosis (STEMI) generally leads to cardiogenic shock, as reported in a 42-year-old male patient presenting with acute anterior STEMI with triple coronary artery thrombosis. In this case, the physicians decided to perform PCI for the LAD; then, they used RCA thrombosis regressed with 24-hour tirofiban (glycoprotein IIb/IIIa receptor inhibitor) perfusion and used the flower petal technique. They reported thrombolysis in myocardial infarction (TIMI) flow grade III after stenting; their patient was discharged within five days after PCI and the treatment showed to be successful in this case (10).

In comparison with the mentioned studies that experienced this technique electively, we used the flower petal technique for a case of AMI. Concerning the fact that the main goals during primary PCI in the current case were (1) decreasing the risk of late complications due to restenosis and thrombosis resulting from the employment of two stents and (2) increasing the chance of rescue of the coronary artery, we performed the modified flower petal technique. However, the 24-month follow-up of the patient showed satisfying outcomes and there was no evidence of restenosis. Therefore, concerning the promising results of the application of this technique in the case of AMI and the limitations of pPCI, explaining this case may help the interventionists facing AMI cases with bifurcation lesions.

We wish to thank all our colleagues and cooperators in Golestan Hospital, Ahvaz Jundishapur University of Medical Sciences, Ahvaz, Iran