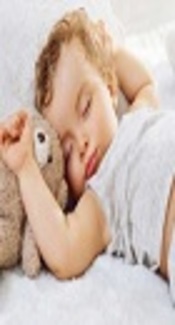 The aim of this study was to compare a group of children with primary nocturnal enuresis (PNE) with a healthy control group by assessing sleep quality.

This observational study comprised of 116 children aged between 5 and 15; 58 children, who had natural PNE and had attended the urology clinic as outpatients, and 58 healthy controls, who had referred to Baqiyatallah and Najmiyeh hospitals, Tehran, in 2016 and were selected by simple random sampling. All participants performed the Pittsburgh sleep quality index (PSQI) test. The SPSS 13.0 (SPSS Inc.) software was used for data analysis.

Nocturnal enuresis (NE) is defined as discrete incontinence episodes while an individual is asleep (1). This terminology is used in children as well (2). Enuresis in children without any other symptoms in lower urinary tract includes changed urination frequency, incontinence throughout the day, urgency, hesitancy, straining, a weak stream, intermittency, holding maneuver, a feeling of incomplete evacuation, post-voiding dribble, and pain in genital or lower urinary tract without a history of bladder dysfunction, which is defined as mono-symptomatic nocturnal enuresis (MNE) and primary nocturnal enuresis (PNE) in children, who have not received a previous dry period of at least six months (3).

Effective treatment can improve sleep quality in children. According to studies, there is no successful treatment for NE (2). Behavioral therapy should be considered in all children with bed-wetting, yet this therapy can be difficult to become reality and applied, since a successful behavioral therapy needs a supportive parent, a motivated child, patience and an average of about six months of therapy (4). Another alternative for the cure of NE is bed-wetting alarm therapy. For medical therapy, desmopressin acetate seems to have an effective role in controlling NE. There is currently no agreement regarding which therapy to choose for different patients. Some studies confirm the medical therapy, however, others support behavioral therapy (5).

Nocturnal enuresis is known as a bio-behavioral problem common in early childhood (6). The overall prevalence of NE declines with older age (7). Most of these children improve bed-wetting and achieve nighttime bladder control without any therapy and so the quality of sleep of these children will be improved. The current data has indicated an annual healing rate of 15% (8). Therefore, it is difficult to decide on medical or other therapies. It seems that assessment of mood, life, and sleep quality in children with enuresis may help decisions on this issue. The current researchers aimed at assessing life and sleep quality of these children. There is limited data in this area in Iranian children.

This observational study comprised of 116 children from the age of 5 to 15 years old (62 males and 54 females). Fifty-eight children with PNE, who referred to Baqiyatallah and Najmiyeh hospitals, Tehran, during year 2016, were selected by simple random sampling. The RANUNI function in the SAS software was used for randomization. Out of the study population, 58 cases with PNE were matched by age, gender, congenital anomalies, and body mass index (BMI) with 58 controls without any evidence of PNE attending the general medicine outpatient clinics. Records of all cases and controls were reviewed by a single physician (MP) and important data were recorded.

Clinical diagnosis of the patient group was done by a urologist with ten years of experience. The patients with any sign of bladder dysfunction (urinating more than seven times a day, urinating less than three times a day, sense of urgency in the urine, wetting on the way to the toilet, lack of full discharge of urine and pain or straining during urination), a history of urological diseases (obstruction, reflux, nervous bladder and other urinary tract anomalies, urinary incontinence during awakening, patients with recent urinary tract infection, systemic disorders such as acute myocardial diseases, lung, liver, kidney and patients with diabetes mellitus, using of tricyclic antidepressants (TCAs), selective serotonin reuptake inhibitors (SSRIs) and diuretics, carbamazepine, chlorpromazine, loperamide and hyper-reactive drugs, and a history of psychiatric disorders, depression and anxiety were excluded from the study.

A detailed case history was obtained and a physical examination was carried out to exclude urologic or neurologic abnormalities. Routine chemical analysis of blood, urine analysis, and culture and ultrasound measurements of residual urine volume were conducted.

The sleep quality of the children in this study were assessed using the Pittsburgh sleep quality index (PSQI). Subjective assessment of sleep over the past month was evaluated using the PSQI questionnaire. This was designed to provide a standardized measurement of sleep quality. The scale is straightforward and consists of 19 self-assessed items grouped in seven components, weighted zero to three. The overall score ranged from 0 to 21, with lower scores indicating better quality of sleep. An overall score of > 5 on the PSQI indicates serious problems relating to at least two components, or moderate difficulties relating to more than three components (9).

Student’s t and Chi-square tests were used for comparison between data of the patient and control groups. Pearson’s or Spearman’s correlation analyses were used for evaluating relationships between various variables. Statistical analyses were carried out using the SPSS 13.0 software (SPSS Inc.). P values of < 0.05 were considered significant.

This research study followed the tenets of the declaration of Helsinki and written informed consent was obtained from all patients. The study was approved by the institutional review board.

Eventually, 116 children (62 males and 54 females) were studied. Fifty-eight children had PNE that were compared with 58 control children. Most children (59.5%) were eight to eleven years old; 31% were younger than seven and 9.5% were older than twelve years old.

Ten children (17%) of patients with PNE were preterm or had a difficult delivery (P = 0.02). Table 1 shows the demographic data of children.

a values are represented as (%)

a Values are represented as (%).

In terms of sleeping habits, no significant difference was seen in going to bed alone, sleeping with others, certain habits of children in bed and fear of sleeping alone, between the two groups (P > 0.05). However, the need for the presence of parents or toys was higher in children with PNE.

In terms of sleep environmental conditions, no significant difference was seen in watching TV at bedtime and fear of darkness between controls and cases (P > 0.05).

Being accustomed to eating and drinking before bedtime was significantly higher in children with PNE (P < 0.05). However, in case of walking and talking and chattering teeth in sleep, no significant difference was observed between the two groups (P > 0.05).

In case of open mouth breathing and snoring during sleep, no significant difference was found between the two groups of controls and patients (P > 0.05), yet sleep apnea was significantly higher in children with PNE (P < 0.05).

Parents of 52 children mentioned nocturnal PNE as the only reason for lack of good sleep in their children (P = 0.01).

In terms of children’s mood, there were no differences between groups in waking up with a bad mood, feeling sleepy during the day, and morning headaches (P > 0.05).

It was difficult to decide to give medical therapy. Evaluation of mood, life, and sleep quality in children with enuresis may help decide on this issue. The current study was of the first study in this area on children with PNE of Iranian origin, which assessed life and sleep quality of these children. This study found that the mean educational level of parents was higher in controls and parents with high educational level had a higher frequency in this group. It was also revealed that the number of smoker parents with PNE children was significantly higher. The researchers showed that the incidence of abnormal pregnancy was higher in children with PNE.

It was also confirmed that healthy children had more regular sleep schedule, slept early, and woke up early. The need for presence of parents or toys was higher in children with PNE.

As the most important finding, it was concluded that, healthy children had higher sleep quality, higher sleeping conditions, and better environmental conditions.

Cohen-Zrubavel et al. (10) reported that children with nocturnal PNE needed more time to go to sleep, while in a recent study, children in both healthy and patient groups went to sleep in less than 30 minutes.

Based on Dhondt et al.’s study (13), the incidence of limb movement was higher in children with nocturnal PNE, while in the current study no difference was found between the groups.

Dhondt et al. concluded that increased cortical reusability led to awakening. Based on this study, arousal threshold for waking in children with PNE was higher than the normal population (14). This finding was confirmed by a recent study of the current authors.

In Cohen-Zrubavel et al.’s study (10), children with nocturnal PNE felt sleepier in the afternoon and evening, and the morning after waking. In a recent study, no significant difference was seen between health children and children with PNE.

In conclusion, sleep problems in children with PNE have more prevalence in comparison with healthy children and it was confirmed that sleep quality is lower in this group of patients. Interaction of sleep and PNE was also confirmed in a recent study. Finally, further studies with a larger sample size are suggested to confirm the results of this study. Also, it is recommended to treat PNE in the fastest time to minimize the impact on quality of sleep and life.