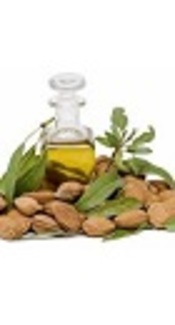 There is few evidence about the effect of almond oil on uremic pruritus.

The study aimed at examining the effect of topical application of sweet almond oil on itchy quality of life (QoL) in patients with uremic pruritus.

The current randomized, controlled, clinical trial was conducted on 42 patients referring to hemodialysis unit of Shahid Beheshti Hospital affiliated to Yasuj University of Medical Sciences, Yasuj, Iran. The samples were selected based on the inclusion criteria and randomly allocated to intervention and control groups. In the intervention group, 7 - 10 mL of sweet almond oil was locally applied on the areas of pruritus once a day for two weeks. Pruritus-specific QoL instrument was used to data collection at three times as pre-intervention, and end of the first and second weeks of intervention. The collected data were analyzed with SPSS using descriptive and inferential statistics with 95% confidence interval (CI).

Repeated measures analysis of variance showed a significant difference in the mean score of itchyQoL between two groups before and after the intervention (P = 0.001). Intragroup comparison showed significant changes (P = 0.001) from baseline measure (50.3 ± 16.7) by the mean score of itchyQoL at the end of the first (41.7 ± 18.7) and second weeks (31.7 ± 8.9) of applying sweet almond oil in the intervention group.

Uremic pruritus is a common dermatological compliant in patients undergoing hemodialysis (HD). Based on the released statistics, the prevalence of uremic pruritus is 50% - 90% among patients with HD (1, 2). Calcium phosphate sedimentation in the skin of healthy people (3), as well as patients with xerosis or high C-reactive protein (CRP) levels is considered as the risk factors for uremic pruritus (4). Also, decreased essential fatty acids such as arachidonic, linoleic, and linolenic acids can lead to uremic pruritus (5, 6).

Several studies demonstrated that uremic pruritus can affect quality of life (QoL) in people with end-stage renal disease (ESRD) (7-9). Diminished QoL in such patients occurs because of insomnia, fatigue, vertigo, anorexia, nausea, vomiting, short respiration, chest pain, muscular pain, and muscular weakness of hands and legs. Such complications have adverse effects on different aspects of life including daily life activities (10), occupational activities, economic status (11), and familial and sociological status (12), HD therapy is the most common treatment method for patients with ESRD (10), In spite the therapeutic effects of HD, evidence also showed diminished QoL in patients with HD (9), Nowadays, kidney transplantation is the best way to improve QoL in such patients (13); however, access to kidney donors is difficult. Therefore, clinicians aimed at improving the QoL in such patients in recent years (14); a matter, which may be associated with the relief of uremic pruritus. Many medications such as topical capsaicin (15), tacrolimus (16), and pimecrolimus (17) are administrated to reduce uremic pruritus, but none of them were considered as the final choice.

Patients with HD are at high risk for drug toxicity due to kidney failure in excreting drug metabolites. Non-chemical medications such as herbal medicines with low-toxicity may be advised for such cases. In this while, almond oil (Oleum amygdalae) contains essential fatty acids such as linoleic, oleic, and palmitic acids (18), and seemingly has no side effects for such patients, especially in topical applications. In addition, sweet almond is an oral substance that is not allergen nor toxic for skin (18); its effects on itchyQoL may be useful. Results of other studies showed that topical application of sweet almond oil significantly reduced the uremic pruritus in patients undergoing hemodialysis, without any specific complications (19). To the authors’ best knowledge, no similar study was available in the international scientific databases; hence, the current study aimed at examining the effect of topical application of sweet almond oil on itchyQoL in patients with uremic pruritus.

The current research project was conducted based on the authorization of the deputy of research and technology at Yasuj University of Medical Sciences (Reference no. P/23/2/1345). The manuscript is part of a randomized, controlled trial registered in Iranian Registry Clinical Trials (IRCT2014121520313N1) (20).

Because of the limited study population including 60 patients undergoing HD referring to Hemodialysis Unit of Shahid Beheshti hospital affiliated to YUMS, Iran in 2013 , a tota of 44 eligible patients were selected using nonrandom sampling method. Next, the samples were allocated to intervention and control group based on block randomization (Figure 1). Therefore, of 24 blocks each of four samples, 11 blocks were randomly selected. One participant in the control group was excluded due to kidney transplantation and one another due to immigration. Finally, the data of 22 patients in intervention and 20 in control groups were collected. Willingness to participate in the research, the age above 18 years, undergoing HD therapy for at least for six months, observation of uremic pruritus symptoms, and at least two weeks history of uremic pruritus were considered as the inclusion criteria. The exclusion criteria were unwillingness to participate in the study, allergic reactions to sweet almond oil, kidney transplantation, and lack of long-term anti-histamine and anti-pruritus agents consumption.

Demographic characteristics and pruritus-specific QoL instrument was used for data collection a week prior to intervention (baseline or T1), as well as end of the first (T2) and second weeks (T3) of intervention. The instrument consists of 26 items, which is scored based on a five-option Likert scale from 1 (never) to 5 (always). The scale has three constitutive subscales including symptoms (items 1 - 6), functioning (items 7 - 16) and emotions (items 17 - 26). The total scores range 26 to 130; the lower scores showed the higher QoL. Structural reliability and validity of the Persian version of the instrument were confirmed (21).

In the intervention group, the sweet almond oil (Registration No. Sin-90-050) licensed by Iranian Traditional Medicine (ITM) and approved by Ministry of health and Medical education of Iran was used. The oil contained 17% - 20% linoleic acid and 77% oleic acid (22). Accordingly, 5 - 10 mL of the oil was topically applied on itching areas or whole body once daily for two weeks. The oil was used following the authorization of a nephrologist and a physician. The participants were instructed to apply the oil at home based on the guidelines. The application of sweet almond oil was regularly followed up based on available checklist. The patients in the control group only received routine care.

Collected data were analyzed with SPSS version 22 (SPSS Inc., Chicago, IL, USA) using descriptive and inferential statistics. Independent samples t test was used to compare age, duration of ESRD, and duration of HD therapy between the groups. Chi-square and the Fisher exact tests were used to compare nominal data. Distribution of itchyQoL was evaluated by the Kolmogorov-Smirnov Z test. Since data had normal distribution, the results of parametric tests such as independent samples t test and repeated measures analysis of variance (ANOVA) were reported. Since assumption of compound symmetry (the Mauchly test of sphericity) was met, the univariate results (sphericity assumed) were reported. P value < 0.05 was considered the level of difference and 95% confidence interval (CI) were considered for data analysis. Due to the shape and label of the bottles, the patients were blind to the administrated substance. But, the data collector and analyzer were blind to the allocations.

The study was approved by the research ethics committee of Yasuj University of Medical Sciences (YUMS) (Reference no 93.12.25.06). Informed consent was obtained from the participants.

In the current study 52.4% (N = 22) of the patients were in the intervention group and 47.6% (N = 20) in the control group. No statistically significant difference was observed between the groups in terms of demographic variables (P > 0.05) (Table 1).

bValues are expressed as No. (%)

Table 2. Mean Scores of ItchyQoL in Terms of the Time / Group

Table 3. Mean Changes in ItchyQoL from Baseline in Two Groups

As previously mentioned, dry skin (xerosis) is introduced as a cause of uremic pruritus; topical agents such as sweet almond oil containing essential fatty acids such as linoleic acid may help to its relief through increasing leukotrienes and prostaglandins, which moisturize the skin (23). In addition, essential fatty acids by reducing lymphokines and lymphocytes may lead to the reduction of pruritus and dermatological inflammations (24); For instance, arachidonic and linolenic acids play a protective role for skin and their deficiency in patients undergoing HD may lead to dermatological compliant such as pruritus (5).

A study by Carr et al., showed that pruritus influenced the overall itchyQoL (25). Weiss et al., also reported a correlation between the overall itchyQoL and pruritus in patients undergoing HD (26). So, reducing uremic pruritus can lead to the improvement of itchyQoL in such patients. The current study findings were consistent with those of Kang and Kim (27), but there is a methodological difference between the studies that should be taken into consider. The current study only applied sweet almond oil, but they used a mixture of oils containing geranium, chamomile, lavender, and sweet almond.

Although improving itchyQoL following the topical application of sweet almond without any side effects is the strength point of the current study, however, it has some limitations and weaknesses, which should be considered, especially to generalize the findings to the study population. First, the sample size of the study was small and the time of intervention was short. Therefore, studies with larger sample sizes and with 2 - 3 months follow-up are recommended in order to obtain more conclusive results about the effectiveness of sweet almond oil on improved itchyQoL. Second, lack of using a placebo was another weakness of the study. Therefore, studies with placebo control groups are suggested.

Topical application of sweet almond oil, without any side effects, could improve itchyQoL in patients with uremic pruritus. Applying sweet almond oil as a natural, non-invasive, simple, cheap, accessible, and acceptable method without any complications could contribute to the improvement of itchyQoL in patients with uremic pruritus. However, more studies on the effectiveness of almond oil to improve the QoL are required.

The authors express their thanks to patients undergoing HD and their families, the staffs of the HD unit of Shahid Beheshti hospital, and vice-chancellor for research of YUMS. Sincere gratitude is extended to the authors’ excellency Dr. Bagher Minaei, vice-chancellor for research of faculty of traditional medicine of Tehran University of Medical Sciences and Dr. Rozina Abbasi Larki, nephrologist, for valuable advices and helps to perform the study.