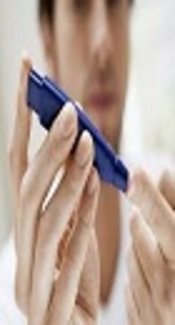 Diabetes mellitus is a chronic, destructive metabolic disease. One of the factors that can affect the mental and physical health of diabetic patients is spiritual intelligence and emotional intelligence.

This descriptive - correlational study was performed on 100 patients with type 2 diabetes who referred to the Kermanshah Diabetes Research Center and selected by the convenient sampling method. In order to determine the spiritual intelligence in diabetic patients, the King’s Spiritual Intelligence was used while Petrides & Furnham Inventory of Emotional Intelligence was applied to evaluate emotional intelligence. In order to analyze the data, SPSS version 22 was used.

It can be concluded that spiritual intelligence and emotional intelligence can complement each other in order to increase diabetes self - management and adaptive mechanisms in patients. The more the patient is against wrong behaviors of others and trusts in God for his/her tasks, the better the individual can manage his/her daily activities in life and provide a context for emotional intelligence development.

Diabetes mellitus is a chronic and malignant metabolic disease that causes multiple - organ involvement, as well as pain, stress, reduced quality of life, disability, and death (1). The prevalence of diabetes worldwide is approaching epidemic proportions, with more than 300 million individuals worldwide now having diabetes (2). In 2015, in Iran, there were more than 4.5 million cases of diabetes at the age of 20 - 79, and it is anticipated that by the year 2030, the number of diabetic patients will reach more than six million people. Annually, 4 million deaths occur due to diabetes (3). Type 2 diabetes is one of the most common types of diabetes accounting for 90% of diabetic patients (4).

The disease may cause spirituality expression and increase spiritual support as a coping mechanism (5). Spirituality and religion are among the most important factors that play a significant role in dealing with emotional problems and support (6). Emons (2000) considers the emergence of the construct of spiritual intelligence as the application of spiritual capacities and resources in practical contexts and situations. In other words, individuals apply spiritual intelligence when they want to use spiritual capacities and resources to make critical decisions and think about existential subjects or try to solve a daily problem (7).

This was a descriptive - correlational study. The research population included patients with type 2 diabetes referring to the Kermanshah Diabetes Research Center selected through convenient sampling and after obtaining informed consent. In this study, 100 patients with type 2 diabetes were selected by simple random sampling method and according to the statistical expert’s discretion. The criteria for entering the study for patients were as follows: suffering from type 2 diabetes, having a minimum of six grades, age 25 - 60, and at least one year of diabetes diagnosis. Patients were supposed not to afflict with known diseases such as Alzheimer, depression, schizophrenia, multiple sclerosis, and anxiety disorders. The criteria for withdrawal included reluctance to participate in the study, incomplete questionnaire, and not having conditions stated in the inclusion criteria.

Its construct validity was evaluated by its developers and its single factor model was confirmed by the exploratory factor analysis. The internal consistency coefficient with the Cronbach’s alpha method in the prototype with 102 individuals has been reported as 0.86 (9). In this study, the Cronbach’s alpha coefficient was calculated as 0.88. In order to analyze data, SPSS version 22 was used. The significance level for the tests was 0.05. It should be mentioned that this study was approved by the Research Council and the Ethics Committee of Kermanshah University Of Medical Sciences, Kermanshah , Iran (IR. KUMS. REC .1397.167).

The results of this study, which was conducted to determine the relationship between spiritual intelligence and emotional intelligence in diabetic patients referring to the diabetes association affiliated to Shiraz University of Medical Sciences, showed that 76% women and 23% men were present and 77% of them were married. 55% were housewives and 38% of the patients had bachelor degrees.

Most studies on spirituality and diabetes focus on populations with high spiritual beliefs. Thus, it is suggested conducting studies on patients with a wide range of beliefs and at different regions of the city. This study was conducted cross - sectionally. Therefore, it makes the conclusion about causation difficult. The results of this study can be generalized to patients with type 2 diabetes although it is recommended that a similar study be done with a larger sample size and, if necessary, the results of this study be generalized to other chronic patients with caution and sufficient knowledge.

This research was done cross - sectionally. For this reason, it makes the conclusion about causation difficult. The results of this study can be generalized to patients with type 2 diabetes although it is recommended to do a similar study with a larger sample size and if necessary, generalize the results of this study to other chronic patients with caution and sufficient knowledge.

The present article was extracted from the approved project of Kermanshah University Of Medical Sciences with grant No.97189.