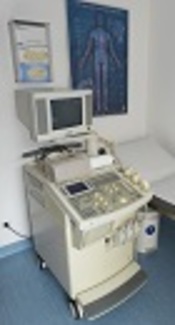 Living with hemodialysis is a permanent challenge due to the need for adaptation to the treatment plan, related complications, and dietary constraints. Therefore, the quality of life in such patients is influenced by physical and psychological stressors posed by these challenges.

The aim of this study was to investigate the relationship between stressors and coping strategies in hemodialysis patients, Qazvin, Iran.

The majority of the patients (49.2%) had moderate and 3.6% of them had severe physiological stressors. With regard to psychosocial stressors, 51.4% had moderate and 3.6% of the participants had severe stressors. The majority of the participants used “distancing” strategies. Pearson’s correlation showed that strategies of escape avoidance and physiological stressors had a significant positive correlation (r = 0.2, P = 0.004), and strategies of problem solving (r = 0.2, P = 0.01), escape avoidance (r = 0.3, P = 0.000), and self-control (r = 0.1, P = 0.03) had a significant positive correlation with psychosocial stressors.

The majority of the hemodialysis patients had moderate to severe stress in physiological and psychosocial dimensions. They often used negative strategies for coping with stressors. The above-mentioned challenges are considered as risks to patients’ well-being and require the attention of policy-makers and managers to provide comprehensive and high-quality services.

The most remarkable event in human societies and healthcare systems in the 21st century is the spread of chronic diseases. For instance, chronic renal failure is one of the most common chronic diseases in human societies (1). The number of people with renal failure is increasing annually (2). According to the available statistics in Iran, 1200 - 1600 people are added annually to the number of patients suffering from chronic renal failure (3). End-stage renal disease (ESRD) is the result of chronic renal failure. It is an irreversible clinical condition in which the patient needs alternative renal therapies to avoid uremia (4). In this regard, the head of the Department of Transplantation and Special Diseases in the Ministry of Health reported that the growth rate of patients with kidney diseases in Iran during the last 10 years has been 14% and dialysis patients’ growth rate has been 12% (5). Currently, 450000 patients are suffering from ESRD in the United States (6). This figure will increase up to 2.24 million people by 2030 (7). In Iran, the incidence of ESRD is about 22.6%. As a result, 4000 new cases of ESRD are added to previous numbers annually (8).

Hemodialysis is intended to replace renal function in both acute and chronic renal failure patients (9). Living with hemodialysis is a permanent challenge due to the existence of a treatment plan, its complications and dietary constraints (10). Therefore, patients’ quality of life is affected by physical and mental problems caused by these challenges (11). Studies have shown that this group of patients often experience problems including economic issues, difficulty in maintaining a job, reduction of libido and impotence, depression due to chronic illnesses, and fear of death (9). In fact, such patients are exposed to physiological and psychological stress factors in their daily lives (1).

It is believed that physical, psychological and social stressors resulting from hemodialysis can lead to delusion, depression, anxiety, suicide, and sexual and mental impairments. Patients with ESRD experience different levels of stress in response to a variety of stressors. It is important to pay attention to coping with multiple and daily stressors among these patients, because they can increase physical and mental complications and even early mortalities (12). Inappropriate responses to stress can reduce the quality of life in such patients and lead to multiple physical, psychological, economic, social, and emotional responses (13). Cinar et al.’s study showed that occupational constraints, fatigue, and uncertainty about future were the main stress factors. The most commonly used strategies were returning to God, active opposition, and suppression of activities (14). The study of Bagherian et al. showed that patients were more likely to use less direct strategies and mainly used relieving and avoidant styles in dealing with stress, but healthy individuals in stress-related situations often used more direct coping strategies (15).

Given that human being is interacting with environmental alterations, changes in patients with chronic renal failure are different than in healthy individuals. The type of strategies used by the individual depends on several factors including personal experience, social support systems, personal beliefs, existing resources, and genetic background (1, 16, 17). In this regard, nursing staff can adopt appropriate interventions through being informed about stressors and methods to cope with stress, provide support to patients undergoing hemodialysis, and improve their quality of life.

Therefore, this study aimed to investigate the relationship between stressors and coping strategies in hemodialysis patients in Qazvin city, Iran.

A descriptive cross-sectional correlational design was used to examine relationships between stressors (physiological and psychosocial) and coping strategies among Iranian patients undergoing hemodialysis. Samples consisted of patients referred to the largest hemodialysis center affiliated to Qazvin University of Medical Sciences, Iran, between January and March 2018. A total of 140 patients were recruited using the simple random sampling method. The sample size in the study was calculated using the Pearson’s correlation coefficient obtained from Shinde et al. study (r = 0.234) (9). Also, at the level of the first and second type errors (α = 0.05 and β = 0.2), the estimated sample size was calculated using the following formula.

In this study, the inclusion criteria were: (i) At least 18 years of age, to understand the items of the questionnaires and answer them, (ii) willingness to participate in the study, and (iii) hemodialysis for at least six months at a minimum of 10 h/week. Those subjects with known cognitive impairments and experiencing extreme stress in the past month were excluded from the study.

The HSS consisted of 29 items indicating the severity of stressors associated with the hemodialysis procedure as perceived by patients. HSS is rated based on a four-point Likert scale ranging from not at all (1) to a great deal (4). The score range is 29 - 116 for the total scale, 23 - 92 for the 23 psychosocial items, and 6 - 24 for the six physiological items (1). A higher score indicates a greater severity of stressors in that subscale. Validity and reliability of the HSS were well established in a previous study (1, 11, 13). Ahmad and Al Nazly established the reliability of the questionnaire using a Cronbach’s alpha coefficient of 0.87 for the whole questionnaire, 0.84 for psychological stressors, and 0.68 for physiological stressors (18). In this study, internal consistency of HSS was confirmed based on a Cronbach’s alpha of 0.84.

Coping strategies were measured using the WOCS-R (Folkman S, Lazarus RS.1984). This questionnaire consists of 66 items rated based on a four-point Likert scale (Never = 0, Sometimes = 1, Often = 2, Mostly = 4) and measures eight coping strategies including confronting coping, distancing, self-control, seeking social support, accepting responsibility, escape avoidance, problem-solving, and positive reappraisal (19, 20). The Cronbach’s alpha coefficient for the total coping scale in Ahmad’s study was reported as 0.89, 0.47 for confronting coping, 0.69 for distancing, 0.42 for self-controlling, 0.64 for seeking social support, 0.55 for accepting responsibility, 0.68 for escape-avoidance, 0.616 for problem-solving, and 0.64 for positive reappraisal subscales (21). In this study, the test-retest reliability method showed the coefficient of 0.89 for the whole scale.

Ethical approval was granted by the Ethics Committee of Qazvin University of Medical Sciences, Iran (Decree Code: IR. QUMS. REC.1396.341). The subjects were informed of the aims and procedure of the study before signing the informed consent form. No names or personal details were included in the instruments and each subject was given an identification code. In addition, none of the samples was emotionally distressed during the process of the study.

Table 1. The Demographic Characteristics of the Participants (n = 140)a

a Values are expressed as frequency (%).

Table 5. Relationships Between Stressors and Coping Strategies Used by the Participants

There was a weak negative correlation between the distancing strategy (r = -0.4, P = 0.577) and physical and psychosocial stressors, which was not statistically significant.

It can be stated that patients undergoing hemodialysis suffer from moderate to severe stress. In the absence of sufficient attention to stress and coping strategies during the treatment process, patients may suffer from physical and psychological disorders. Therefore, nursing staff can take appropriate measures to improve patients’ quality of life by identifying stressors and coping strategies to support hemodialysis patients.

For example, in a study by Tu et al. (23) in Taiwan, because the subjects were very concerned about eating and drinking, they had a stressful fluid and food restriction. Therefore, due to the culture, most stressors were physiological.

The results of this study showed that patients undergoing hemodialysis had moderate to severe stress in physiological and psychosocial dimensions. Therefore, patients and their nurses should be well-educated to deal with these stressors.

Fluid intake limitation, uncertain future, fatigue, change in family responsibilities, duration of hemodialysis, and fear of loneliness were physiological and psychosocial stressors, which most patients reported in this study. Fluid intake limitation was the first stressor among patients in this study. Mok and Tam stated that the most frequent stresses experienced by hemodialysis patients were fluid intake limitation, food intake constraints, itching, fatigue, and the cost of treatment (20). Conversely, Cinar et al. (14), Shahrokhi et al. (1), Logan et al. (21), Ahmad and Al Nazly (18), and Issa (24) reported that the primary stressors in hemodialysis patients were constraints in time and place to spend holidays. On the other hand, Shinde and Mane stated that 93% of hemodialysis patients had severe stress in their daily activities. Dependence to the hemodialysis center, fluid and food restrictions, and blood vessel problems were less stressful for the patients (9).

It can be stated that patients undergoing hemodialysis are more likely to use emotional-focused strategies (i.e. distancing, self-control, avoidance, and confronting coping), but healthy individuals use problem-oriented coping strategies (i.e. positive reassessment, planned problem-solving, asking for social support, and responsibility acceptance). Therefore, through education and psychological counseling patients can be helped to use more problem-oriented coping strategies.

Results of the study showed a significant positive correlation between escape-avoidance strategy and physiological stressors and between planned problem-solving strategies, self-control, and avoidance strategies and psychosocial stressors in patients undergoing hemodialysis. Conversely, Shahrokhi et al. (1) and Issa (24) found no significant relationships between the duration of hemodialysis and coping strategies. On the other hand, Ahmad and Al Nazly noted a significant negative relationship between the length of hemodialysis treatment and the strategies for social support and acceptance of responsibility (18).

It can be concluded that a significant positive correlation is present between stressors and coping strategies, indicating that with increased stress, the use of strategies in patients is enhanced. Thus, hemodialysis patients who seek to use a variety of coping strategies have a better mental health.

According to the findings of the study, the majority of hemodialysis patients have moderate to severe levels of stress in physiological and psychosocial dimensions. To cope with these stressors, they often use emotion-oriented strategy of avoidance, which cannot help with in-depth resolving of the problem. The above-mentioned challenges are risk factors for the health of patients undergoing hemodialysis that require attention by policy-makers and managers to provide comprehensive and high-quality services.

The use of a self-report tool was one of the limitations of this study. Patients may not have a clear understanding of the concepts of this study to answer the related questions. Future studies with a qualitative approach and in-depth interviews are suggested to explore the main stressors and reasons for choosing specific strategies.

The financial support of research vice chancellor of Qazvin University of Medical Sciences for this project (Decree code:IR. QUMS. REC.1396.341) was appreciated. The authors would like to extend their gratitude to faculty members of School of Nursing and Midwifery, Hemodialysis Center, and patients who collaborated in this research.

Copyright © 2018, Jundishapur Journal of Chronic Disease Care. This is an open-access article distributed under the terms of the Creative Commons Attribution-NonCommercial 4.0 International License (http://creativecommons.org/licenses/by-nc/4.0/) which permits copy and redistribute the material just in noncommercial usages, provided the original work is properly cited.
download pdf 189.42 KB Abstract XML Get Permission (article level) Import into EndNote Import into BibTex
Number of Comments: 0