Social Support Levels in Children with Type 1 Diabetes or Epilepsy in Bursa, Turkey 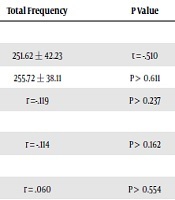 Studies on children and adolescents living with different chronic diseases show the importance of social support to face the disease. Social support affects the course of the disease in children with Type 1 Diabetes Mellitus (T1DM) or epilepsy.

This study was conducted to determine the level of social support of children with T1DM or epilepsy.

The sample consisted of a total of 100 children aged 11 - 17, including 50 diabetes and 50 epilepsy patients. No sample calculation was made in the study. The study was completed with 100 children who met the inclusion criteria. The data of the study were collected by the researchers in the hospital environment between April and October 2017 using the Child Introductory Form and the Child-Adolescent Social Support Scale (CASSS).

It may be proposed to know the social support levels of children with epilepsy or type 1 diabetes and plan nursing interventions to increase their awareness.

Epilepsy is one of the most common neurological diseases worldwide that affects about 50 million people of all ages, about 80% of whom live in low and middle-income countries (1). The time and location of epileptic seizures is are not known to be different from other chronic diseases, it makes it difficult to control itself and causes limitations in daily activities (2, 3). On the other hand, according to the International Diabetes Federation, 8.8% of the world’s adult population has diabetes. Only 10% - 15% of all individuals with diabetes have Type 1 Diabetes Mellitus (T1DM) (4). The constant anxiety and fear of acute and long-term complications, as well as the relentless physical and psychological demands of daily treatment, have significant impacts on physical, social, and emotional well-being (5).

Chronic diseases are physical or mental conditions that require frequent medical care and hospitalization. They do not heal spontaneously, but their treatment can take a long time. They even may not be treated and thus may prevent involvement in regular activities such as school attendance (6). Studies of children and adolescents living with different chronic diseases show the importance of social support to face the disease (7). Social support is seen as the perception of protection and assistance from other people and the sense of being part of a supportive social network. Different support providers have been identified. Social support, which is provided by the family, friends, and community, in addition to the support provided by professionals, hospitals, or other institutions, can effectively support the well-being of children. The benefits of social support depend on the relational, personal, situational, and emotional characteristics of the interaction between the supporter and supported person (8).

This study was conducted to determine the level of social support in children with T1DM or epilepsy.

In this descriptive study, the study population consisted of children aged 11 - 17, with epilepsy or T1DM, who applied to the Pediatric Endocrinology and Pediatric Neurology Outpatient Clinics of the Department of Pediatrics in Uludag University Health Application and Research Center between April and October 2017. The sample included 50 children with epilepsy and 50 children with T1DM (total of 100 children) who applied to the outpatient clinics for routine medical examinations and accepted to participate in the study. Assent was obtained from the children, and consent was obtained from their parents who agreed to participate in the study. The inclusion criteria included the age of 11 - 17 years, no other chronic illnesses, and studying in the fourth grade or upper in primary schools.

The Child Introductory Form and the Child-Adolescent Social Support Scale were used to collect the data.

Child introductory form: A total of 15 questions were prepared by the researcher on the sociodemographic characteristics of children.

The SPSS 20.0 statistical program was used to evaluate the research data. In the evaluation of the data following the objective of the study, the descriptive information about children with epilepsy and type 1 diabetes was given as numbers and percentage distributions. The Mann Whitney U test and t-test were used to evaluate the data.

Table 1. Distributions of Children with Type 1 Diabetes and Epilepsy According to Their Descriptive Characteristics

There was no significant difference between the groups of type 1 diabetes and epilepsy in the significance subscales of the CASSS (Table 2).

Table 2. Frequency and Significance Distribution scores on the CASSS in Children with Type 1 Diabetes and Epilepsy

When the total frequency and significance scores were examined according to gender and income level, no statistically significant difference was found between male and female children.

Table 3. Comparison of CASSS Frequency and Significance Scores of the Children with Epilepsy and Type 1 Diabetes on Sociodemographic Characteristics

This study aimed to determine social support in children with type 1 diabetes or epilepsy. Concerning the frequency and significance scores of social support in Table 2, the highest scores in both diabetes and epilepsy groups were obtained from close friends and mothers.

Young people see their families as the most important social support providers in their lives (11). Emotional, physical, and social demands accompanied by having a chronically ill child create additional stress in addition to the role of parenting. These children need additional support in their daily lives in terms of basic needs and participation in domestic and social life. During a severe disease, especially during the time of relapse (11), adolescents identify good social relationships with their parents as the most important social support (12). More specifically, Haluska et al. (13) found that young cancer patients were generally satisfied with perceived social support and valued their parents’ support more than did their healthy peers. Mothers are mostly considered to be great support providers because they are the most interested in primary care for school-aged children and are more emotionally related to the child (12).

It is also important to establish close, supportive relationships with peers (12). Cullum et al. (14) found that close friends and mothers are seen as the most important sources of social support for adolescents with type 2 diabetes. The need for friend support is emphasized during the acute treatment phase. However, it has been reported to decrease over time (12).

Children tend to reduce the negative effects of the disease when they perceive higher social support (15). Specifically, it was found that social support from classmates had a positive effect on ensuring better self-confidence and reducing anxiety about the disease and depressive symptoms when attending to social school settings (16). In addition, perceived social support from parents, peers, and teachers were found to be negatively correlated with psychological distress and positively correlated with self-esteem (17). Therefore, perceived support is very important for positive well-being and development in childhood.

In Table 3, gender, the number of siblings, maternal age, and income level did not affect the frequency and severity scores on the CASSS. Similarly, Young et al. (18) found that the difference between the scores of primary school students and high school students on the perceived social support scale was not significant according to their gender. In a study, Erdeger (19) determined that the students’ social support levels did not change according to their family income levels. The results of these studies support the current study. Tam et al. (20) conducted a study with adolescents and Bokhorst et al. (21) conducted a study with individuals at the ages of 9 - 18 years. They found that the perceived social support scores of girls were higher than those of boys.

In a study, a significant correlation was found between the social support importance scores and the age of the adolescents (Table 3). As the age of the adolescents increased, their social support significance score decreased. Cheng and Chan (22) and Jackson et al. (23) found that the relationship between age and perceived social support was significant; as the age increased, the level of perceived social support decreased. The decrease in family support as the age increased possibly because the group of adolescents cares about their friends more than their families as a source of social support. Adolescents should be evaluated according to their developmental stages (early, middle, and late adolescence). In early adolescence, the beginning of breaking the ties between parents and adolescents, they search for belonging in their peers. However, adolescents in this age group do not write off their mothers and other adults from their lives. Peer interactions are more important than relationships with parents for adolescents (24). Adolescents with diabetes have to maintain close relationships with their parents to successfully manage the disease. If these ties break early, this condition may lead to inadequate disease management (25).

Copyright © 2020, Jundishapur Journal of Chronic Disease Care. This is an open-access article distributed under the terms of the Creative Commons Attribution-NonCommercial 4.0 International License (http://creativecommons.org/licenses/by-nc/4.0/) which permits copy and redistribute the material just in noncommercial usages, provided the original work is properly cited.
COMMENTS