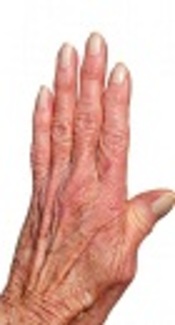 Brucellosis as a zoonotic disease is controlled in many developed countries though it still remains endemic in the majority of Middle Eastern and developing countries.

The purpose of this study was to identify the demographic features, clinical manifestations, and laboratory tests of patients diagnosed with brucellosis in Ghazvin province of Iran.

In this cross-sectional study, medical records of 83 cases with brucellosis (54 males and 29 females) over a 3-year period (from June, 2012 to June, 2015) were reviewed, retrospectively. Demographic features, clinical signs and symptoms, hematologic findings, and liver enzyme level were derived from the patients’ medical record.

Brucellosis could affect every organ system of the human body. Variable manifestations and laboratory findings of brucellosis must be kept in mind, especially in endemic areas.

Brucellosis is a common disease in humans and animals. It could be transmitted from infected animals to humans, directly by contact or indirectly, by the use of unpasteurized dairy products or uncooked meat (1).

Brucellosis is a systemic infection. Among the 4 species responsible for most human brucellosis, Brucella melitensis remains the principle cause of human brucellosis, worldwide (2). The incubation period of the disease is usually between 7 days to 3 months. Although human brucellosis is categorized as acute (< 2 months), subacute (2 to 12 months), and chronic (> 1 year), some authors have considered this classical categorization to be of limited clinical interest (3).

Clinical and laboratory features of brucellosis vary widely thus clinical diagnosis for an unfamiliar physician is challenging. The more prevalent clinical signs and symptoms of the disease, include fever, chills, fatigue, arthralgia, sweating, and weight loss. Furthermore, reticuloendothelial involvement, hepatomegaly, splenomegaly, lymphadenopaty, and bone marrow suppression may occur (4). Hematological abnormalities of brucellosis, including anemia, leukopenia, and thrombocytopenia may occur during the course of the disease (5). Liver, as the major organ of the reticuloendothelial system, is involved in most cases of brucellosis yet liver function tests are either normal or mildly elevated (6).

The diagnosis of brucellosis is usually based on potential exposure, manifestations of the disease, and supportive laboratory findings. Worldwide, the most popular diagnostic tool for brucellosis is standard tube agglutination (STA), which was developed by Wright and colleague. Standard tube agglutination measures the total quantity of agglutinating antibodies (IgM and IgG). Titers of STA above 1:160 are considered diagnostic (7).

Due to the high incidence of brucellosis in Iran, the purpose of the present study was to identify the demographic features, clinical manifestations, and laboratory tests of patients with diagnosed brucellosis at Boo-Ali-Siena hospital of Ghazvin province of Iran.

This study had a cross-sectional retrospective design. The study was done at Boo-Ali-Sina university hospital, which is the main general hospital of the Ghazvin province. Both urban and rural patients refer to this center. The medical records of the diagnosed patients with brucellosis over a 3-year period, from June 2012 to June 2015, were reviewed, retrospectively. The diagnosis of brucellosis was done by clinical signs and symptoms compatible with brucellosis in conjunction with standard tube agglutination (STA) titers above 1:160, and 2 Mercapto-Ethanol (2ME) above 1:80 (7).

Patients, who were diagnosed with brucellosis and had hematologic test in their medical records, were included in the study whilst patients, who had improved liver disease, were excluded from the study.

From the 150 patients, who were diagnosed with brucellosis, 83 had the inclusion criteria and didn’t have the exclusion criteria, thus they were enrolled in the study. Among them, 54 (65.1%) were male and 29 (34.9%) were female. The age range of the studied patients was from 14 to 80 years and the mean age was 42.5 (standard division: 18.3) years old. No mortality was reported in the studied population.

Constitutive symptoms (fever, arthralgia, sweating, malaise, and weight lose) were the most common symptoms of the disease, which were inspected in 45 (54.5%) patients.

The prevalence of the clinical manifestations of the disease is presented in Table 1.

The number of the patients with abnormal hematologic and hepatologic findings are presented in Table 2.

Table 2. Hematologic and Hepatologic Findings of Brucellosis in the Studied Patients (N = 83)

The purpose of the present study was to identify the demographic features, clinical manifestations, and laboratory tests of the patients with diagnosed brucellosis at Boo-Ali-Siena hospital of the Ghazvin province of Iran.

The demographic features of patients in the present study showed that brucellosis is more prevalent amongst males (65.1%) than females (34.9%). This finding is in accordance with previous reports (9-11).

It has been reported that the third to fifth decade of life are the most common decades for Brucellosis (12, 13), which is in agreement with the mean age of the current study.

The most common symptoms of generalized brucellosis in the present study were fever, arthralgia, sweating, malaise, and weight loss (54.2%). This finding is in agreement with previous studies (10, 11) and the literature (4).

Other manifestations of localized brucellosis, including epididymo-orchitis, developed in 7 (8.4%) of the patients. This finding was comparable with previous studies, which reported the incidence of epididymo-orchitis from 1.6% to 17% (17, 18). Inappropriate diagnosis and treatment of epididymo-orchitis may cause significant complications, such as testicular abscess formation, infarction, atrophy, and superlative necrosis (19, 20).

Hematological abnormalities are considered as a frequent finding in brucellosis (4). Anemia, leukopenia, thrombocytopenia, leukocytosis, thrombocytosis, and elevated ESR were detected in patients with brucellosis in previous studies (12, 16, 21, 24). Anemia, which was found in 44 (53%) patients, was found as the most common hematological abnormality in the present study. This finding is in agreement with previous studies (10, 12, 23). Alternations in iron metabolism secondary to infection, hypersplenism, bleeding, bone marrow suppression or autoimmune hemolysis are reasons for anemia in brucellosis. Other hematological abnormalities, such as leukopenia, thrombocytopenia, and elevated ESR were also noted in 17 (20.5%), 26 (31.3%), and 49 (59%) patients, respectively. Different frequencies for hematological complications have been reported by previous studies. These differences may be due to the variations of the study population, different cut-off values, and difference in the period between the onset and prognosis of the disease (11-13, 24).

Liver, as the major organ of the reticuloendothelial system, is involved in brucellosis (6). Brucellae have been found in liver tissue even in cases without any laboratory liver function changes (25). Following brucellosis, change of liver function tests are non-specific and consist of a moderate increase of alkaline phosphatase (Alp) and serum transaminase (Alt, Ast) activity (26).

This study had a number of limitations. First, in order to reduce the effect of low sample size, the researchers reviewed the medical records of patients with brucellosis during 3 years, retrospectively; secondly, the route of infection, familiar history, and occupation of the studied patients were not detected in this study; thirdly, assessment of the effect of various treatments on the patients’ complications and recovery was not done in this study. It is proposed to conduct a prospective, multi-central, cohort study with a larger sample size in different cities of the Ghazvin province.

Brucellosis, as a systematic disease, could affect every organ and system of the human body. Clinicians must be familiar with different manifestations of brucellosis in endemic areas, so that early recognition results in lower morbidity.

Copyright © 2017, Jundishapur Journal of Health Sciences. This is an open-access article distributed under the terms of the Creative Commons Attribution-NonCommercial 4.0 International License (http://creativecommons.org/licenses/by-nc/4.0/) which permits copy and redistribute the material just in noncommercial usages, provided the original work is properly cited.
download pdf 98.63 KB Get Permission (article level) Import into EndNote Import into BibTex
Number of Comments: 0