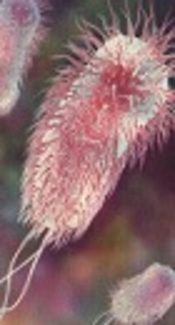 This study aimed to investigate the prevalence of the MDR phenotype, efflux pump-mediated resistance, and the ability for in vitro biofilm formation among UPEC clinical isolates from Egypt.

The MDR phenotype and the ability for in-vitro biofilm formation were predominant among UPEC in Egypt. The high prevalence of MDR efflux pumps necessitates the application of new treatment strategies to inhibit this phenomenon.

Urinary Tract Infections (UTIs) are the most common infectious disease affecting both inpatients and outpatients at all ages (1). Uropathogenic Escherichia coli (UPEC) is responsible for more than 80% of UTIs (2). Escherichia coli isolates fall in four phylogenetic groups (A, B1, B2 and D); UPEC isolates belong mainly to group B2 and less frequently to group D (3). Multidrug resistance (MDR) to antibiotics is defined as resistance to three or more antibiotics from different classes (4). The high prevalence of the MDR phenotype has increased global public health concerns (5). The worldwide reported increase in resistance of E. coli to broad-spectrum antimicrobial agents represents a major threat (2), especially in Egypt, where there is a high prevalence of MDR phenotype among UPEC (6, 7).

Among the common bacterial antibiotic resistance mechanisms is the efflux of antibiotics outside the bacterial cell (8). Efflux pump systems are classified into five families: the ATP binding cassette (ABC) superfamily, the major facilitator superfamily (MFS), the Multidrug and toxic-compound extrusion (MATE) family, the small multidrug resistance (SMR) family and the resistance nodulation division (RND) family (9). The AcrAB-TolC pump that belongs to the RND family is the main efflux pump in E. coli clinical isolates (10). This pump is composed of an inner membrane transporter AcrB, periplasmic membrane fusion protein AcrA, and an outer membrane channel TolC (11).

Biofilm is the irreversible attachment of the cell with a surface, by an enclosed, attached polysaccharide matrix (12). Uropathogenic E. coli is one of the major causes of recurrent and persistent UTIs due to biofilm formation (13). The first step in biofilm formation is the production of curli protein that promotes the adhesion of bacterial cells to the solid surface (14). There is a reported correlation between biofilm formation and increase in resistance to antibiotics (15). Higher resistance to antibiotics is reported in bacteria enclosed in biofilms rather than in planktonic cells. The resistance mechanisms in biofilms involve the slow penetration of antibiotics through polysaccharide matrix of the biofilm; resistance gene transfer within the biofilm, which is higher than in planktonic cells; the higher expression of antibiotics’ efflux pumps in biofilms; the presence of persister cells that are not mutants, but resist the antibiotic; the slow growth rate and nutrient limitation that decreases antibiotic susceptibility (12, 16).

The aim of the present study was to detect the prevalence of MDR phenotype, the ability for in-vitro biofilm formation, the detection of AcrAB-TolC pump main genes, and efflux-mediated resistance among UPEC clinical isolates from Egypt.

The study was performed on a total number of 228 UTI clinical isolates from inpatients and outpatients. One hundred and 66 isolates were collected from the Mansoura university hospital (Dakhalia governorate), and 62 isolates were collected from Misr University for Science and Technology (MUST) hospital (Giza governorate) during the period between January 2014 to December 2015. All experiments in this study were conducted with approval of the ethical committee of Cairo University, Cairo, Egypt.

Table 1. Primers Used in the Study, Their Sequence, and Expected Product Size

The antibiotic susceptibility of the UPEC isolates was determined by the Kirby-Bauer disk diffusion method, according to the clinical and laboratory standards institute (CLSI) guidelines, using the following antibiotics; amikacin (30 µg), amoxicillin/clavulanic acid (30 µg), ampicillin (10 µg), ampicillin/sulbactam (10/10 µg), cefixime (5 µg), cefotaxime (30 µg), ceftazidime (30 µg), cefuroxime (30 µg), ciprofloxacin (5 µg), CO-trimoxazole (25 µg), gentamicin (10 µg), levofloxacin (5 µg), nalidixic acid (30 µg), nitrofurantion (300 µg) and norfloxacin (10 µg), all of which were supplied by Himedia (India), and aztreonam (30 µg), imipenem (10 µg), meropenem (10 µg), piperacillin/tazobactam (100/10 µg), tetracycline (30 µg), which were supplied by Oxoid (UK). The E. coli strain ATCC 25922 was the reference strain (22). The MDR phenotype is defined as non-susceptibility to at least one agent in three or more of the antimicrobial categories used in treatment, and accordingly, UPEC isolates were classified to MDR and non-MDR (4).

Efflux pump-mediated resistance in UPEC clinical isolates was tested by the microplate-based assay, using an efflux pump inhibitor, Chlorpromazine (CPZ) (23). The minimum inhibitory concentration (MIC) of CPZ was determined for all tested isolates using the microdilution broth method (24). The sub-MIC value of CPZ was used along with the chosen antibiotics, according to the UPEC isolates resistance patterns, in the microplate-based assay (23).

3.4. Detection of the Presence of AcrAB-TolC Main Efflux Genes

The PCR detection of acrA, acrB, and tolC genes in all UPEC clinical isolates was performed, in a final reaction volume of 20 µL, using primers (Macrogen, Korea) listed in Table 1 at a concentration of 0.5 µM, and My Taq™ Red Mix (Bioline, UK) (18, 21). The change in the susceptibility of the UPEC isolates to each of the tested antibiotics in the presence of an EPI (CPZ) is shown in Figure 3. Efflux pump-mediated resistance was detected in 92% (161/175) of UPEC isolates, and 98.7% (157/159) of MDR isolates. Efflux pump-mediated resistance to more than one antibiotic, in a single isolate, was recorded in 95% (153/161) of efflux pump containing isolates; all of which were MDR UPEC. Multidrug efflux pumps play an important role in resistance to different antibiotic classes (35, 36). The current study detected the co-presence of two efflux pump genes, acrA and acrB in 74.28% of tested UPEC clinical isolates, and the presence of tolC in 98.85% of UPEC isolates. This is in contrast to studies from Iran that reported the co-presence of acrA-B in 95.9% of E. coli isolates (32), and the presence of tolC in 69.4% of E. coli isolates (37). A significant correlation between the presence of tolC and the MDR phenotype (P = 0.044) was detected in the present study. This is because TolC functions independently of AcrA and AcrB, thus it can contribute to intrinsic resistance with or without AcrA-B (38). In the current study, the bacterial susceptibility to tetracycline increased significantly with the absence of two of the pump genes (P = 0.003); this is in agreement with a previous study by Okusu et al. (1996), who reported that deletion of acrAB resulted in hypersensitivity to tetracycline, nalidixic acid, ampicillin, chloramphenicol, and rifampin (39). Efflux pump-mediated resistance was predominant among UPEC isolates from Egypt (92%); it contributes to the MDR phenotype in the tested UPEC isolates, where efflux pump-mediated resistance to more than one antibiotic was recorded in 96.22% of MDR UPEC isolates. This is in accordance with previous studies from Alexandria (Egypt) and Japan that showed the major contribution of efflux pumps in E. coli (35, 36).

The misuse of antibiotics leads to the wide spread of MDR phenotype among UPEC isolates in Egypt. The significant correlation between biofilm production and MDR phenotype will lead to relapse of infection. The prevalence of efflux pump-mediated resistance to more than one antibiotic, as a prominent mechanism of resistance in Egypt, necessitates the application of new treatment strategies to inhibit efflux pumps.

Copyright © 2018, Jundishapur Journal of Microbiology. This is an open-access article distributed under the terms of the Creative Commons Attribution-NonCommercial 4.0 International License (http://creativecommons.org/licenses/by-nc/4.0/) which permits copy and redistribute the material just in noncommercial usages, provided the original work is properly cited.
download pdf 1.08 MB Get Permission (article level) Import into EndNote Import into BibTex
Number of Comments: 0