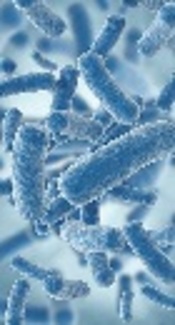 Detection of IS903, IS26 and ISEcp1 Elements in CTX-M-Producing Klebsiella pneumoniae and Escherichia coli Isolates From Patients with Leukemia in Iran

how to cite: Roshani M, Goudarzi H, Hashemi A, Ardebili A, Erfanimanesh S, et al. Detection of IS903, IS26 and ISEcp1 Elements in CTX-M-Producing Klebsiella pneumoniae and Escherichia coli Isolates From Patients with Leukemia in Iran. Jundishapur J Microbiol.11(12):e58929. doi: 10.5812/jjm.58929.

The ability of extended spectrum beta-lactamases (ESBLs) production is one of the main mechanisms for the emergence of antibiotic resistance in Escherichia coli and Klebsiella pneumoniae.

The aim of this study was to evaluate the occurrence of IS903, IS26, and ISEcp1 insertion elements among the CTX-M-producing K. pneumoniae and E. coli isolates from patients with leukemia in Tehran.

Eighty E. coli and K. pneumoniae isolates were recovered from patients admitted to hospitals of Tehran. Antibiotic susceptibility tests were performed by Kirby-Bauer disc diffusion and broth microdilution methods. Detection of ESBL producers was evaluated by phenotypic confirmatory test. The presence of IS903, IS26, and ISEcp1 insertion elements in CTX-M-positive E. coli and K. pneumoniae isolates was investigated by PCR-sequencing methods.

This study indicates that the high prevalence of antibiotic resistance, IS and CTX-M-producing E. coli, and K. pneumoniae isolates could be a major concern and highlights the need for infection control measures.

Cancer has been known as the leading cause of a variety of temporary or permanent physical and psychological changes in patients. Complications of cancer may lead to intolerable pain, hopelessness, fear, and even death. One of the most frequent cancers worldwide is leukemia, which occurred in 12.5 individuals per 100 000 people during 2011 (1). Infection is one of the most serious threats in patients with acute leukemia receiving chemotherapy and radiotherapy (2). Emergence of resistance to β-lactamse antimicrobial drugs began even before the first β-lactam penicillin was developed. The first β-lactamase enzyme was discovered in Escherichia coli prior to use of penicillin in clinical practice (3, 4).

The extensive use of β-lactams has led to the emergence of resistant isolates worldwide (5). Resistance to this class of antibiotics is mostly mediated by acquisition of β-lactamase genes located on mobile genetic elements, such as transposons or plasmids. Extended spectrum beta-lactamases (ESBLs) have increased among clinical isolates of members of the Enterobacteriaceae family during last four decades. High prevalence of infections caused by ESBL-producing Enterobacteriaceae at intensive care units (ICUs) was reported worldwide. Such drug-resistant bacterial infections are top concerns in people admitted to nursing homes, geriatric and oncology patients, transplant recipients, and pediatric populations. Failure to identify β-lactamase-producing isolates by laboratory susceptibility testing methods may lead to inappropriate empirical therapy and a subsequent increased mortality in these fragile and intolerable people (6).

Extended spectrum β-lactamase-producing Klebsiella pneumoniae and E. coli are progressively being identiﬁed in many parts of the world and are prevalent in countries located in the Asia-Paciﬁc region (7). Over the past 20 years, CTX-M has emerged as a major type of ESBLs, which are now rapidly spreading among members of Enterobacteriaceae around the world (8). Since the discovery of the CTX-M-1 from a European patient in the late 1980s, more than 130 allelic variants of CTX-M were characterized (9). Among antimicrobial-resistant Gram-negative pathogens, organisms producing CTX-M-type ESBLs have become a serious threat to public health worldwide (10).

Insertion sequences (ISs) are the smallest transposable elements (< 2.5 kb) capable of independent transposition in an organism, thereby causing insertion mutations and genome rearrangements (11). Various elements may possibly be involved in the mobilization, spread, and expression of blaCTX-M genes, of which ISEcp1 is often associated with the upstream gene region. In addition, other insertion sequences, such as IS26, IS10, IS5, and IS903 have been detected surrounding the blaCTX-M resistance determinant (12).

This study investigated the genetic environment of blaCTX-M genes in terms of the IS903, IS26, and ISEcp1 insertion sequences in E. coli and K. pneumoniae isolates recovered from patients with leukaemia in Tehran, capital of Iran.

The present study was approved by the Ethics Committee of Shahid Beheshti University of Medical Sciences with reference number IR.SBMU.SM.REC.1394.38. The authors confirm that all patients, and the patients’ parents provided their informed consent form to take part in the study.

Bacterial isolates included in this study were collected during May 2014 to October 2015 from two medical centers of Tehran, Iran: The Hematology-Oncology Research Center, Dr. Shariati Hospital (with a capacity of 857 bed), and the Mahak Pediatric Oncology Center, a 120-bed oncology hospital with an outpatient clinic. Sixty-one and nineteen subjects included in this study were patients with acute myeloid leukemia (AML) and acute lymphocytic leukemia (ALL), respectively. Bacterial isolates were recovered from various biological material, including blood, urine, wound, sputum, and vaginal swabs. All clinical specimens were immediately sent to the laboratory to be processed for microbial pathogens. Isolates were identified by using standard microbiological and biochemical methods (13). After identification, bacteria were stored in glycerol stock at -70°C before retrieval for testing.

All isolates were evaluated for production of ESBLs by the phenotypic confirmatory disc diffusion method containing cefotaxime (CTX, 30 μg) and ceftazidime (CAZ, 30 μg) with CTX + clavulanic acid (CA, 10 μg) and CAZ + CA per disc (Mast Group, Merseyside, UK). The zones of inhibition were compared for the CTX and CAZ discs with that of the CAZ + CA and CTX + CA disc. An increase in zone diameter of ≥ 5 mm in the presence of CA was interpreted positive for the presence of ESBL in the test organism. Escherichia coli ATCC 25922 and K. pneumoniae ATCC 700603 were used as negative and positive controls for ESBL production, respectively (14).

Reactions were performed in a DNA thermal cycler (Eppendorf, Mastercycler gradient) in a 25-μL mixture containing 1 U of Taq polymerase (Bioneer Company, Korea) and 1× buffer consisting of 1.5 mM MgCl2, 10 mM Tris-HCl (pH 8.3), 50 mM KCl, each dNTPs at a concentration of 250 μM, and primer at a concentration of 10 pmol. Thirty-six cycles were performed for each reaction, with the following temperature protocol for each cycle: 94°C for 60 seconds, 57°C for 60 seconds, and 72°C for 60 seconds. Sequencing of amplicons in both directions was done by the Bioneer Company (Daejeon, South Korea). The BLAST program from the national centre for biotechnology information (NCBI) website (http://www.ncbi.nlm.nih.gov/BLAST) was used to analyse the nucleotide sequences.

All isolates were evaluated for the presence of three insertion elements ISEcp1, IS26, and IS903. The oligonucleotide primer sets specific for each IS are shown in Table 1. Sequencing was the same as described previously for CTX-M type genes.

The association of blaCTX-M to insertion sequences, such as ISEcp1, IS26, and IS903, was performed by PCR and sequencing. The reaction mixture and running protocols were the same as the above-described approach (12, 22).

4.3. Detection of genes by PCR and Sequencing

Table 3. Number of Strains That Produce CTX-M-Type β-Lactamases as Detected by PCR
Table 4. Distribution of Insertion Elements Among the blaCTX-M Harbouring Clinical Isolates

a CTX-M +IS, coexistence of IS types with CTX-M types.

Distribution of CTX-M variants and insertion elements among the 56 Escherichia coli (A) and 24 Klebsiella pneumoniae (B) isolates from leukaemia patients. CTX-M + IS, coexistence of IS types with CTX-M types.

Leukemia makes up about one-third of all malignancies in the 0- to 14-year-old age group. The most common subtype, acute lymphocytic leukemia (ALL), represents about 80% of these cases (22, 23). A total of 6000 new cases (3400 males and 2600 females) of aLL are diagnosed annually in the US. It occurs mainly in children and around 60% of cases are children and adolescents aged less than 20 years. Up to 90% of children affected by ALL survive, although it is necessary to improve the treatment of infants and adults (24). Severe, life-threatening infections continue to be a major cause of morbidity and mortality in patients with acute leukemia undergoing intensive chemotherapy (25). It has been reported that several risk factors, including neutropenia, decreased immunity due to underlying diseases, hemorrhagic diathesis of skin and mucosal tissue, severe mucositis, as well as central venous catheters (CVCs) increase the susceptibility to infections in leukemic patients (20, 26).

Specifically, multidrug-resistant organisms and even those previously considered harmless have currently emerged as a therapeutic challenge and can be catastrophic in this cohort of patients. Furthermore, ESBL-producing bacteria, such as Klebsiella spp. and E. coli, have become resistant to cephalosporins, fluoroquinolones, and penicillin classes of antibiotics, posing a threat to public health (27). This study focused on the detection of blaCTX-M genes, as an important mechanism of resistance to oxyimino cephalosporins (cefotaxime and ceftriaxone) in K. pneumoniae and E. coli, and analysis of the genetic organization of these determinants in terms of different insertion elements involved in their mobilization (7).

Findings from previous studies suggest that more than one mobile element may be associated with different members of the CTX-M group (41). In the present study, ISEcp1, IS26, and IS903 elements were found to be associated with blaCTXM-1, blaCTX-M-2, blaCTX-M-8, and blaCTX-M-9 in a significant percentage of studied isolates (P ≤ 0.05). In addition, a high presence of IS26 and IS903 elements was detected in CTX-M-1-producing isolates. It is interesting to note that the presence of IS26 flanking ISEcp1 may affect the impact of this insertion sequence on the mobilization and expression of the blaCTX-M-15 gene. These elements could play an important role in the spread of such ESBLs. Thus, IS26, IS903, and ISEcp1 may be efficient tools for mobilization and expression of β-lactamase genes (42).

Multidrug-resistant Enterobacteriaceae that produce ESBLs, such as the CTX-M enzymes, have emerged both within the community and hospital settings as a serious issue. The rapid diagnosis of ESBL-producing isolates is helpful in selection of appropriate antimicrobials for therapy and prevention of the spread of these strains. Clinical microbiology laboratories should consider detection of ESBL producing K. pneumoniae and E. coli isolates important. It is recommended to routinely check all antibiotic resistant K. pneumoniae and E. coli isolates for ESBL production. This study indicates that the high prevalence of antibiotic resistance, IS and CTX-M-producing E. coli and K. pneumoniae isolates could be a major concern and highlights the need of infection control measures.

The present study was financially supported by the research Department of the School of Medicine, Shahid Beheshti University of Medical Sciences (grant No.: 6157).

Copyright © 2018, Author(s). This is an open-access article distributed under the terms of the Creative Commons Attribution-NonCommercial 4.0 International License (http://creativecommons.org/licenses/by-nc/4.0/) which permits copy and redistribute the material just in noncommercial usages, provided the original work is properly cited.
download pdf 192.48 KB Get Permission (article level) Import into EndNote Import into BibTex
Number of Comments: 0