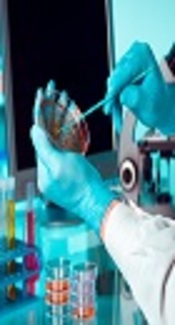 In Vitro Susceptibilities of Non-albicans Candida Species to Echinocandins, Azoles, and Amphotericin B in Tokat, Turkey

Prophylactic and therapeutic uses of antifungal agents have given rise to a significant shift to more resistant non-albicans Candida species associated with fungal infections.

This study aimed at identifying the distribution and antifungal susceptibility patterns of non-albicans Candida spp. isolated from clinical specimens in Tokat, Turkey.

The most frequently isolated non-albicans Candida species were Candida kefyr (44 isolates, 42.8%) followed by C. tropicalis (36 isolates, 35%), C. parapsilosis (17 isolates, 16.5%), C. glabrata (four isolates, 3.8%) and C. famata (two isolates, 1.9%). None of the strains had MIC values of > 2 µg/mL for amphotericin B except three of the 44 C. kefyr isolates. Resistance to caspofungin and anidulafungin were not detected in C. tropicalis, C. parapsilosis, and C. glabrata isolates. Only two of the 36 C. tropicalis isolates were categorized as intermediate resistant to anidulafungin, according to the new CLSI criteria. None of the C. parapsilosis isolates were found to be resistant to azole drugs.

Most of the non-albicans Candida species were found to be susceptible to tested antifungal drugs. Therefore, use of routine antifungal agents like amphotericin B and fluconazole, which are available in this region, are suggested.

The incidence of fungal infections caused by Candida spp. is increasing worldwide, especially among immunocompromised patients (1). Prophylactic and therapeutic uses of antifungal agents have given rise to a significant shift to more resistant non-albicans Candida species associated with fungal infections (1-4). Hence, these more resistant fungal infections may become an important cause of both clinical treatment failure and higher mortality rate (5, 6). Previous studies have shown that significant geographical variations exist in species distribution and antifungal drug susceptibility profiles (4, 7). Therefore, species identification and antifungal minimum inhibitory concentration (MIC) determination have become important for the determining the treatment strategies of Candida infections. In addition, performing of antifungal susceptibility testing is also necessary to study the development of antifungal resistance.

Although most Candida species remain susceptible to amphotericin B, there have been new reports about increasing MICs to amphotericin B among C. krusei and C. glabrata isolates (1). The triazoles are commonly used effective drugs for the treatment of fungal infections. The widespread use of these drugs has resulted in a reduced azole susceptibility among Candida species (1). According to results of the ARTEMIS DISK Antifungal Surveillance Program, the incidence of fluconazole resistance among the isolates was as follows: C. tropicalis (4.1%), C. parapsilosis (3.6%), C. kefyr (2.7%) and C. glabrata (15.7%) (8).

Echinocandins inhibit fungal cell wall synthesis by blockage of 1.3-β-D glucan synthase. These drugs have a spectrum of action against most Candida species as well as azole resistant strains (1). The clinical laboratory standard institute (CLSI) revised species-specific breakpoints for Candida isolates (9). These species-specific breakpoints are more sensitive for detecting antifungal resistance in Candida spp. (10). Moreover, the use of these new breakpoints has resulted in detection of higher resistance rates than those obtained from previous studies.

There is no previous data available about species distribution and antifungal susceptibility patterns of Candida species other than C. albicans in the region of the current study. Therefore, in the current study, the researchers aimed at identifying the distribution and antifungal susceptibility patterns of non-albicans Candida spp. isolated from clinical specimens in Tokat, Turkey.

The non albicans Candida isolates used in this study were obtained from the culture collection of the mycology laboratory of Gaziosmanpasa University Hospital. Yeast isolates are exempted from ethical approval in Turkey.

One hundred and three non-albicans Candida isolates were obtained from the culture collection at the mycology laboratory of Gaziosmanpasa University hospital. Distribution of non-albicans Candida species by specimens is shown in Table 1. These isolates were collected during a five-year period between January 2009 and December 2014. Isolates were identified by the germ tube test, formation of chlamydospore on Cornmeal-Tween 80 agar (11), and with the use of the RapID Yeast Plus System (Remel, USA). Isolates were stored in skimmed milk (Oxoid Limited, UK) at -80°C until use. Each isolate was sub-cultured on Sabouraud Dextrose Agar (Oxoid Limited, UK) before applying susceptibility testing.

The E test method was performed according to the supplier’s recommendation. The RPMI-1640 medium (Sigma, USA) supplemented with 1.5% agar and 2% glucose and buffered to a pH of 7.0 with 0.165 molL-1 MOPS (3-[N-morpholino] propanesulfonic acid) (Sigma, USA) in 130-mm diameter plates were used for application of E test strips. The final yeast inoculum was adjusted to 0.5 McFarland in a sterile saline solution by CrystalSpec (Becton Dickinson, USA). The final inoculum was then spread on the agar plates by a sterile cotton swab. E test strips were placed on the agar surface after the plates were dried in the safety cabinet for 15 minutes. The MIC was read after incubation in ambient air at 35°C for 48 hours. The MIC was determined as 80% inhibition for azoles and echinocandins and 100% inhibition for amphotericin B. Candida albicans ATCC 90028 and C. krusei ATCC 6258 were used as quality strains.

Interpretation of susceptibility was carried out using species-specific breakpoints suggested by the CLSI M27-S4 document (9). Because species-specific breakpoints for C. kefyr have not been proposed in the CLSI document, the researchers did not calculate sensitivity rates for C. kefyr isolates. The CLSI has not determined breakpoints for amphotericin B, therefore for amphotericin B, MIC breakpoints suggested by Park et al. were used (12) (Table 2). The One-way Analysis of Variance (ANOVA) test was used to compare resistance rates for each species and P < 0.005 was considered as statistically significant.

In this study, resistance to anidulafungin and caspofungin was not observed at any of the non-albicans Candida isolates. Similar results were reported by other researchers (14, 20, 24-26). Lyon et al. reported that echinocandins had significant activity against all Candida spp., except C. parapsilosis (22). Pfaller et al. summarized the results of the Sentry antimicrobial surveillance program between 2010 and 2011 (26). They had not detected any caspofungin or anidulafungin resistant C. tropicalis isolate in North America, Europe, Latin America, and Asia-Pacific Regions (26). They also reported that all strains of C. parapsilosis were susceptible to caspofungin, while 1% and 1.2% of C. parapsilosis isolates from Latin America and North America, respectively, were resistant to anidulafungin (26).

Copyright © 2018, Jundishapur Journal of Microbiology. This is an open-access article distributed under the terms of the Creative Commons Attribution-NonCommercial 4.0 International License (http://creativecommons.org/licenses/by-nc/4.0/) which permits copy and redistribute the material just in noncommercial usages, provided the original work is properly cited
download pdf 156.08 KB Get Permission (article level) Import into EndNote Import into BibTex
Number of Comments: 0