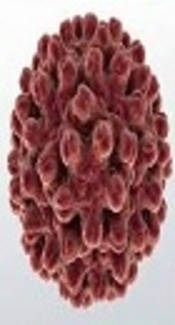 The First Report of Hepatitis B Virus Prevalence in Skardu, Gilgit Baltistan: A Neglected Area of Pakistan

Hepatitis B virus (HBV) is a major health issue all around the world. Regardless of the availability of vaccines and various treatment options, HBV is still a major cause of morbidity and mortality across the world. According to World Health Organization (WHO), 240 million people are infected with HBV and over 600,000 die annually from Hepatitis B-related liver diseases (1). There are about seven to nine million carriers of HBV in Pakistan with a carrier rate of 3% to 5% in the general population (2).

Hepatitis B Virus is predominantly transmitted via contact of various body fluids from infected cases to uninfected individuals. Major transmission routes are perinatal, horizontal, blood transfusion, and through sexual contact with infected individuals (2). Hepatitis B virus enters in the cells by using sodium taurocholate co-transporting polypeptide (NTCP) receptor, which is abundantly expressed in hepatocytes. Once entered in the cell, viral nucleocapsid is released in the cytoplasm and the genome is entered in the host nucleolus. Viral relaxed circular DNA is converted to covalently closed circular super-coiled DNA and viral replication is carried out via polygenomic intermediate RNA with the help of reverse transcriptase and DNA polymerase. The resulting viral genome is either packed into the viral envelop and exported to infect other cells or recycled back to the host nucleolus for persistence HBV infection (3). In general, failure or ineffectiveness of adaptive immunity leads to viral persistence. Humoral antibody response contributes to circulating viral particle clearance and helps in prevention of viral spread within the host. The cellular part of adaptive immunity generally eliminates viral infected host cells, which suggests that viral clearance is T cell dependent (4). This persistent infection is characterized by cell injury, broad spectrum DNA damage, and altered functions of cellular growth control genes by viral genome insertions. Collectively, these factors can lead to liver cirrhosis and HCC (5).

The control of HBV is extremely important as it affects a huge number of individuals, worldwide. The process of elimination and eradication of HBV infection has improved significantly after the approval of vaccine against HBV (6). Vaccination strategies vary across the world and each country can choose its own strategy, depending on its own need after considering disease burden, readiness of public health system, epidemiology, and economic constraint. Implementing HBV vaccination will help control hepatitis B in the country. A good vaccine coverage is required for the immunization program against HBV. In Pakistan, after the introduction of HBV immunization by government’s expanded program for immunization (EPI), the elimination and control of hepatitis B became a top public health priority. It can be observed from the available literature that the frequency of HBV infection varies in different regions of Pakistan (Table 1) (7-10), which reflects the vaccine coverage and immunization status. According to the national survey of Pakistan medical research council (PMRC), the prevalence of HBV in the general population of Pakistan was 2.5%. The prevalence of HBV was 2.4% in Punjab, 2.5% in Sindh, 1.3% Khyber Pakhtunkhwa, and 4.3% in Baluchistan (7).

To the best of the author’s knowledge, there is no report on HBV seroprevalence from the Gilgit Baltistan region of the country. The total population of Gilgit Baltistan is 1.8 million (Baltistan Division), and consists of four districts. District Skardu, the capital of the area consists of 0.3 million inhabitants. As an initiative, a pilot study was designed to check the seroprevalence of HBV in the capital of Baltistan division. For this purpose male volunteer blood donors were enrolled in this study. In total, 3377 individuals (aged between 20 and 30 years), who visited District Headquarter (DHQ) Hospital Skardu Gilgit Baltistan Pakistan from January to June 2016, were screened for HBV infection. The study was approved by the Ethical Committee of the Department of Life Sciences, University of Management and Technology, Lahore. Each participant was briefed about the study methods/objectives and informed written consent was obtained from each participant. The blood was collected by trained personnel and the sera were separated from the coagulated blood by centrifugation at 5000 rpm for five to ten minutes at room temperature. immuno-chromatographic test (ICT) was used for the detection or confirmation of the HBV surface antigen, according to the manufacturer’s protocol (Abbott, California, USA). Enzyme-linked immunosorbent assay (ELISA), ICT, and other quick antibody based tests are widely used diagnostic techniques for HBV in Pakistan (Table 1) while nucleic acid amplification testing (NAT) is not in common practice. The adaptation of the technique depends upon the availability of funds and in Pakistan, due to unavailability/lack of research funding, ICT and ELISA are used in most studies.

The study results showed that the prevalence of HBV in Skardu was 3.19% (Table 1). The current study showed that seroprevalence of HBV was comparatively higher than the results of previous studies from Pakistan. Although the infection rate varies in different areas of the country, yet overall infection rate is 2.84% in Pakistan, as summarized by Babanejad et al. Babanejad et al. reviewed HBV prevalence in Eastern Mediterranean and Middle Eastern Countries (2002 to 2015) and concluded that 2.84% of blood donors were infected with HBV in Pakistan (1). Another large scale study conducted by Safe Blood Transfusion Program, Government of Pakistan (2016), showed that among 160 376 blood donors, the overall prevalence of HBV was 2.35% (8). However, another large scale study (including 108598 donors) from Karachi (2004 to 2011) showed that 1.9% of study participants were HBV infected (9). The current pilot study showed that there was a higher number of HBV carriers in Skardu. Lack of transmission factors information, exclusion of female inhabitants and general population were the few limitations of this study. This pilot study highlighted the need for future studies from this part of the country with comparatively larger study participants. Future studies should focus on the general population, female participants, and children.

The present study showed a substantial number of HBV infected individuals in Skardu. These results highlight the urgent need of mass vaccination and awareness program in the region. Most of the inhabitants of the area were not aware of the vaccination and transmission routes of HBV. Knowledge about problems is the first and major step towards risk reduction and improvement of disease management. Awareness can be increased regarding HBV infection by education of medical staff, medical assistants, and paramedics in the government and private sector. Primary physicians should be trained by providing short-term training with respect to active screening, early treatment, and outreach. The government must take steps for providing affordable treatment for HBV, which prevents further infections. The most important aspect of infection control is community awareness; collaboration between the government, healthcare system, and general communities help disseminate useful information regarding transmission routes and prevention of the disease.

Copyright © 2018, Author(s). This is an open-access article distributed under the terms of the Creative Commons Attribution-NonCommercial 4.0 International License (http://creativecommons.org/licenses/by-nc/4.0/) which permits copy and redistribute the material just in noncommercial usages, provided the original work is properly cited.
download pdf 83.72 KB Abstract XML Get Permission (article level) Import into EndNote Import into BibTex
Number of Comments: 0