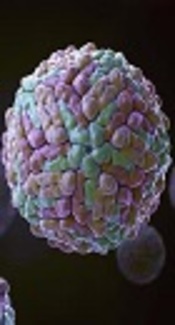 Dengue is one of the main health problems worldwide with dramatic increases in reported cases in the last few decades. Now, dengue is a major threat to half of the world’s population and approximately 50 million infections occur every year.

The major aim of this study was to screen out different synthetic antiviral compounds against dengue virus. As treatments used for dengue virus infections are nonspecific and effectless, it is necessary to find specific antiviral compounds that may be helpful in the treatment of dengue fever. In cell culture models, thiazolides are active against anaerobic bacteria, protozoa, and a range of viruses.

Samples from positive dengue fever patients were included in the study. For dengue serotype-2, serum samples were further confirmed by serotyping protocol.

From our results, it can be concluded that compounds A and B (Thiazolides) as dengue antiviral drugs can reduce viral load in patients if their inhibitory effects are reproduced in vivo. To identify the specific active ingredients, further studies are required by using various techniques to determine the efficacy of these compounds in animal model.

Dengue virus (DENV) is transmitted to human by Aedes mosquitoes; it causes dengue fever (DF) and dengue hemorrhagic fever (DHF), which is a self-limiting febrile illness (1, 2). Dengue fever is relatively mild, but DHF leads to the life-threatening dengue shock syndrome (DSS). The world health organization (WHO) considers dengue as a major global public health challenge in tropic and subtropic regions. Dengue was seen a 30-fold upsurge worldwide between 1960 and 2010 due to increased population growth rate, global warming, unplanned urbanization, inefficient mosquito control, frequent air travel, and lack of health care facilities (2-5). Two and a half billion people reside in dengue-endemic regions and 400 million infections roughly occur per year, with a mortality rate surpassing 5% - 20% in some areas (6, 7). Dengue infection affects more than 100 countries, including European countries and the United States (USA) (7). In Pakistan, all the serotypes of dengue virus are reported to present especially during the monsoon period, making it a dengue hyper endemic region (8, 9).

The dengue virus, a member of the genus Flavivirus of the family Flaviviridae, is an arthropod-borne virus that includes four different serotypes (DENV1-4) (4, 8, 10). These viruses are enveloped and have a single-stranded positive-sense RNA genome of approximately 11 kb (7). A single long open reading frame of the viral RNA encodes a polyprotein that is processed by cellular and viral proteases into three structural (C, prM, and E) and seven nonstructural (NS) proteins (NS1, NS2A, NS2B, NS3, NS4A, NS4B, and NS5). The structural proteins form the virus particles and play roles in receptor binding, virus fusion, and virion assembly. Nonstructural proteins are responsible for the replication of viral genome and evasion from host immunity. Many antiviral compounds have been reported to inhibit DENV replication in vitro and in vivo (6, 11, 12). However, no approved antiviral drug is yet available for the treatment of DENV infectious disease. Thiazolidine is a class of compounds that merits special attention because it belongs to a group of substances with activity in medicinal chemistry. This nucleus is associated with antibacterial, antifungal, antiviral, antituberculosis, anticancer, and antiparasite biological activities.

The present study was designed to study the antiviral activity of thiazolides against NS3 gene (non-structural) of a dengue serotype-2 isolate (Pakistani isolate). These findings suggest that thiazolides may inhibit DENV replication by targeting the NS3 protein.

The study was approved by the institutional ethics review committee of the centre for applied molecular biology (CAMB), Lahore, Pakistan, and institutional review board (IRB), general hospital, Lahore. All experiments were carried out according to the guidelines of the committee (CEMB/IRB XGT3456). Before sample collection, a written informed consent was taken from all the patients or their attendant.

For each patient, all the demographics, clinical data, and other relevant information were recorded in separate data sheets. Serum samples were collected from 50 patients suffering from dengue serotype-2 and stored at -20°C until processed for further study.

Only those samples from DF patients were considered which were declared positive according to the WHO criteria. For dengue serotype-2, serum samples were further confirmed by serotyping protocol developed by CEMB (13). The selected DENV-2 samples were collected during three different years (2011, 2012, and 2013) and processed for further experiments. For serotyping analysis, nested PCR was used. For each sample, the amplified bands were gel eluted and sequence analysis was performed. For serotyping analysis, junction of C-prM gene of dengue virus isolates was selected. For serotype 2, the amplified product was 403 base pairs (bp) and for serotype 3, it was 453 bp in length.

Two Thiazolides derivatives (A and B) obtained from NIBGE Faisalabad (Voucher number 234) were dissolved in a solvent dimethyl sulfoxide (DMSO), following modified procedure described previously (11). Chemical structures of the thiazolides derivatives A (DD2) and B (DD10) used in this study are shown in Figure 1. Using DMEM (life technologies, USA), the cell line was grown accompanied by 100μg/mL penicillin, 100μg/mL streptomycin, and 10% fetal bovine serum (FBS) (Wisent INC., Montreal, Canada) incubated at 37°C with 5% CO2. Huh-7 is highly efficient for DENV replication. For toxicological analysis using DMEM media, the Huh-7 cell line was grown with the suitable antibiotic, 10% FBS, and CO2, splitted and then plated. 5 mL of DMEM with antibiotic was added to dislodge the cells into single cell suspension (20 to 30 times). Then, 10 µL of the mixture was taken and the cells were counted on haemocytometer. With different concentrations of compounds, these cells were treated; the first well was remained as control while different concentrations of the compound from lowest to highest were added to the other wells. The cells were trypsinized after 24 hours, and were counted on haemocytometer.

3.8. Anti-Dengue Analysis of Thiazolides in Cells

In Huh-7 cells, toxicity of compounds was determined. The cell culture was treated with variable concentrations of the thiazolides derivatives. Trypsinization of cells was done after 24 hours of treatment, and using haemocytometer, cells were counted. At different concentrations, the cells viability was checked through trypan blue exclusion test. Non-toxic concentration was the concentration that gave 60 - 70 percent of the cells survival. DMSO was used as control. The concentration of compounds up to 40 - 50 μM/mL was non-toxic to the cells (Table 1).

In huh-7 cells, the activity of antiviral compounds was checked at different concentrations ranging from 5 to 90 μM/mL. 40 μM dose of the compounds was found nontoxic to the cells. DMSO was used as a negative control and for positive control, dengue infected sera were used. Before the addition of compounds, the cells were infested with positive serum of dengue serotype 2. Viral titer of infected Huh-7 cell line was reduced up to 46% by using compound “A” and 53% by treatment with compound “B” compared to the control samples. Decrease in dengue RNA was seen up to 45% for compound A and 53% for compound B, respectively. It indicates that compound “B” is comparatively more active against dengue, which proposes its medicinal importance (Figure 2). To control the growing cases of dengue disease in the endemic region, new treatments are urgently needed. In coming years, Pakistan is at high risk of dengue virus epidemic, since it has a history of dengue with the 2011 outbreak in Lahore, which recorded more than 15,000 dengue cases with high mortality rate (19). Different strategies have been discovered, and one of the best approaches is the use of antiviral compounds to inhibit the virus replication against dengue protease gene. The identification and subsequent use of anti-dengue active compounds are potentially useful for developing new antiviral treatments against dengue. Currently, vaccine development is underway against DENV. The practical applications of these vaccines are always a big challenge, such as the potential of antibody-dependent enhancement (ADE) and non-neutralizing antibodies produced by the human body during a primary infection of dengue virus. The current treatment used for dengue virus infections is nonspecific and effectless. Therefore, the current study was designed to find specific antiviral compounds that may be helpful in the treatment of dengue fever.

The functional inhibition of viral NS proteins is mainly based on the anti-flavivirus drug development (10, 20). In fact, the NS3 protein is multifunctional enzyme, which has three important regions including serine protease, helicase, and a nucleotide triphosphatase (7, 21). Structural analysis of NS3 protein has revealed that a fragment of 180 amino acids at N-terminus of NS3 is homologous to serine protease active sites and therefore this region is important for proteolytic cleavage and processing of dengue polyprotein (3, 22) as the precursor protein is cleaved using the NS2b-NS3 protease of virus and also with the proteases of the host cell to release the individual proteins (23). The virus replication complex is formed by NS3 and NS5 proteins and replication complex assembly is on the intracellular membrane for the amplification of the viral genome (24, 25). Moreover, the NS3 structural studies are helpful to develop the novel antiviral compounds that target mainly dengue enzymes playing important roles in viral replication.

The present study describes antiviral activity of synthetic active antiviral compounds against dengue in Huh-7 cell line. Different solvents were used to determine the compounds solubility such as DMSO and water. Huh-7 cell line is significant in the estimation of antiviral activity (12, 18). Antiviral response was directly indicated by viral titer. The concentrations of 5 μg/mL to 50μg /mL with volume of 5 - 90μM of compounds were used. In Huh-7 cell, cytotoxicity of synthetic compounds with different concentrations was examined. With the administration of 30 μM (50 μg of synthetic compounds/ml), the compounds were non-toxic. Significant cytotoxicity was not shown by the cells. Using haemocytometer and trypanblue stain method, cell viability was calculated. The current study delivers investigational data for the treatment of DENV infection. In this study, anti-dengue activity of selected thiazolides was checked in Huh-7 cells, in order to provide experimental data for clinical treatment of dengue. Adopting the same strategy, antiviral screening of thiazolides compound was performed in infected Huh-7 cells with known titer of virus and serotype.

A sharp significant antiviral response was shown by the compounds “A and B” decreasing the viral titer of serotype 2 as 46% and 53%, respectively, after 48 hours of incubation. Furthermore, compound “B” presented a greater antiviral response against NS3 gene as compared to compound “A”. Against NS3 gene, a comparable antiviral activity was observed for compounds “A” and “B”. The viral titer increased against the antiviral compounds. Compound “B” showed enhanced antiviral activity against NS3 gene as compared to compound “A”. To monitor anti-DENV compounds, many viral replicon-based studies were carried out (4, 12, 15-18). The current study is different from a previous report on DENV-2 strain replicon that was constructed in different cells, in which the genetic material of whole virus is used instead of active protease gene, resulting in a less clarification of mechanism. Similarly, Qing Min et al. (16) also performed antiviral compound analysis through the infection of Vero and Huh-7 cell lines with dengue. DENV replicon constructs showed higher rate of replication in human Huh7.5 cells than in Chinese hamster BHK21 cells (1). A study was carried out to explore anti dengue effects in plants (26). The positive results showed that compounds A and B have potent DENV antiviral properties. Thus, A and B are new antiviral compounds that might be significant compounds in the treatment of dengue fever.

This may suggest that by using compounds A and B (Thiazolide derivatives) as antiviral drugs, dengue virus viral load can be reduced in patients if their antiviral activities are reproduced in vivo. To find out the specific active ingredients, further studies are needed by using various techniques to determine the efficacy of these compounds in animal model.

We are thankful to the laboratory staff of institute of biochemistry and biotechnology, university of veterinary and animal sciences, Lahore, Pakistan, for their technical help throughout the study. Farkhanda Yasmin’s PhD scholarship was supported by the higher education commission, Pakistan.

Copyright © 2017, Jundishapur Journal of Microbiology. This is an open-access article distributed under the terms of the Creative Commons Attribution-NonCommercial 4.0 International License (http://creativecommons.org/licenses/by-nc/4.0/) which permits copy and redistribute the material just in noncommercial usages, provided the original work is properly cited.
download pdf 146.90 KB Get Permission (article level) Import into EndNote Import into BibTex
Number of Comments: 0