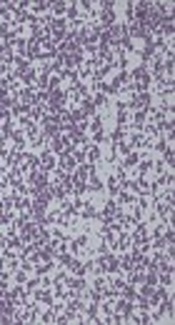 In the recent decades, mupirocin and fusidic acid (FA) have become important antimicrobial agents for skin and soft tissue infections (SSTIs) and the eradication of staphylococci colonization.

The present study aimed at determining the role of mupirocin and FA resistance in controlling Staphylococcus epidermidis infections and eradication of staphylococci colonization.

Staphylococcus epidermidis is the most important member of coagulase-negative staphylococci (CoNS) and a commensal bacteria, which is isolated prevalently from human epithelia (1). Staphylococcus epidermidis is part of the human epithelia microflora and usually has a benign relationship with the host. Colonization with S. epidermidis contributes to the maintenance of a healthy skin flora by competition with potentially harmful microorganisms (2). In the recent decades, however, with increasing use of indwelling or implanted medical devices and the increase of multi-morbid, elderly, and immunocompromised patients, S. epidermidis has emerged as an important opportunistic pathogen responsible for hospital-acquired infections, especially biofilm-associated infections (1).

Staphylococcus epidermidis is one of the often encountered biofilm-producing bacteria and the establishment of S. epidermidis as a nosocomial pathogen mainly depends on biofilm formation (2). Polysaccharide intercellular adhesin (PIA) encoded by icaADBC operon is a mediator of biofilm formation in S. epidermidis (3). Arginine catabolic mobile element (ACME), a novel genomic island, can help this species colonize the human skin, mucosal surfaces, and in-dwelling medical devices (4). Furthermore, increasing resistance rates to clinically available antimicrobial agents are an even greater problem for S. epidermidis, which limits the therapeutic options (1, 5). Mupirocin is an important antibiotic for skin and soft tissue infections (SSTIs) and the eradication of staphylococci colonization by binding to the bacterial isoleucyl-tRNA synthetase enzyme and inhibiting protein synthesis (6). However, with the increasing use of mupirocin, low- and high-level mupirocin resistance among staphylococci isolates has been increasing (7).

Fusidic acid (FA) is a valuable alternative to vancomycin for infections caused by multi-drug resistant staphylococci, especially MRSA infections (8-10). However, there is a significant trend towards increased FA resistance among staphylococci with increased duration of use. Molecular typing of S. epidermidis isolates associated with nosocomial infections has shown considerable clonal diversity and is much less studied than that for S. aureus (11). Multi-locus sequence typing (MLST), based on nucleotide sequencing of seven housekeeping genes, revealed distinct related clones of Methicillin-Resistant S. epidermidis (MRSE) clinically significant isolates and showed a worldwide predominance of only a few hospital-associated epidemic clonal lineages (11). Clonal complex 2 (CC2) was a major genetic lineage among the population structure of hospital-acquired S. epidermidis, worldwide (12, 13). Limited information is available on the resistance of S. epidermidis clinical isolates to mupirocin and FA. The aim of the present study was to investigate the resistance rate of S. epidermidis isolates from hospitalized patients to mupirocin and FA.

The ethics committee of the first Affiliated Hospital of Wenzhou Medical University exempted this study from review, because the present study focused on bacteria (ID: 62697).

Polymerase chain reaction was used to detect whether the tested strains harbored mecA, with MRSA N315, as the positive control strain. The strains carrying mecA were defined as MRSE. Moreover, all the clinical strains were targeted for mupA by PCR assays.

3.4. Screening for Mupirocin and FA Resistance

Mupirocin and FA minimum inhibitory concentration (MIC) values for S. epidermidis isolates were determined by an agar dilution method, in accordance with the CLSI guidelines. The S. aureus ATCC29213 was used as the control strain. Staphylococcus aureus isolates with MICs of 8 to 256 mg/mL and ≥ 512 mg/mL were defined as having low- and high-level resistance to mupirocin (7). The researchers defined S. epidermidis with MIC of > 256 mg/mL as having high-level resistance to mupirocin. The interpretive criterion of FA susceptibility for staphylococci is in accordance with the European Committee for Antimicrobial Susceptibility Testing (EUCAST) / British Society of Antimicrobial Chemotherapy (BSAC) criteria (susceptible, MIC < 2 μg/mL; resistant, MIC ≥ 2 μg/mL).

Multi-locus sequence typing for S. epidermidis isolates was performed by amplification of internal fragments of the seven housekeeping genes, including arcC, aroE, gtr, mutS, pyrR, tpiA, and yqiL, described previously (17). The PCR products of seven housekeeping genes, tested for MLST typing, were purified and sequenced. The numbers of alleles and sequence types were assigned using an online database (http://sepidermidis.mlst.net/).

Table 1. Antibiotics of S. epidermidis Isolates with Resistance to Both FA and Mupirocina

4.3. Prevalence of Both Mupirocin and FA Resistance Among S. epidermidis Clinical Isolates

In the present study, as shown in Table 2, all six S. epidermidis isolates with low-level mupirocin resistance were negative for mupA. However, 23 (35.38%) of 65 isolates with high-level resistance to mupirocin were found to carry this gene. In the present study, 12 FA-resistant S. epidermidis clinical isolates were positive for fusB, while only one was positive for fusC. The fusA mutations and fusD were not found in any of the tested isolates.

Table 2. Characteristics of S. epidermidis Isolates with Resistance to Both FA and Mupirocin

4.5. Molecular Characteristics of S. epidermidis Clinical Isolates with both Mupirocin and FA Resistance

Among 31 S. epidermidis isolates with both mupirocin and FA resistance, 15, three and two belonged to ST2, ST466, and ST23, respectively (Table 2). ST125 and ST130 were found only in one isolate each. Nine isolates with different loci patterns did not match the available STs in an online database (http://sepidermidis.mlst.net/). All 15 ST2 S. epidermidis isolates were MRSE and had high-level resistance to mupirocin (MICs > 256 mg/L). The MICs of FA for 14 ST2 isolates was 16 mg/L. The resistance profiles of 15 S. epidermidis ST2 isolates was similar, with resistance to penicillin, ciprofloxacin, levofloxacin, rifampin, gentamicin and trimethoprim-sulfamethoxazole, and susceptibility to vancomycin, linezolid, nitrofurantoin, quinupristin/dalfopristin, tetracycline and teicoplanin. Twelve (80.00%) of the 15 ST2 isolates were resistant to erythromycin and clindamycin. Fifteen ST2 isolates were isolated from blood (7), catheter (4), sputum (2), urine (1) and ascites (1), and disseminated among eight wards from 2012 to 2015 (Table 2). However, all four isolates (three from blood and one from catheter) with resistance to both FA and mupirocin from the ICU belonged to ST2 (Table 2).

A high prevalence (61%) of mupirocin resistance was found among CoNS isolates, collected from catheter-associated bloodstream infections in very preterm neonates (18). In vivo transfer of high-level mupirocin resistance from S. epidermidis to S. aureus was associated with failure of mupirocin prophylaxis (19). Rates of low- and high-level mupirocin resistance were 9.4% and 3.3% in S. epidermidis, reported by a multi-centre surveillance study, including 26 laboratories from Austria, Germany, and Switzerland in November 2001 (20), while in the present study this rate was 0.84% and 9.14%. Mupirocin resistance may be helpful in the spread of multidrug resistance through co-selection with other resistance genes. Previous reports found that mupirocin-resistant S. aureus isolates were multi-resistant to other antimicrobial agents, such as ciprofloxacin, clindamycin, and tetracycline (21, 22). Similarly, in present study, mupirocin-resistant S. epidermidis were also multi-drug resistant to other antimicrobial agents.

A new isoleucyl-tRNA synthetase with many similarities to eukaryotic enzymes, encoded by plasmid-borne gene mupA, conferred high-level resistance in staphylococci (28). Two major FA resistance mechanisms, the alteration of the drug target site caused by mutations in fusA, encoding elongation factor G (EF-G) or rplF encoding ribosome protein L6, and the protection of the drug target site by FusB family proteins, including FusB, FusC, and FusD, were reported in S. aureus (8). In staphylococci, high-level FA resistance is usually associated with mutations in fusA, while low-level resistance is generally caused by plasmid-mediated resistance genes, including fusB, fusC and fusD (29). Colonized staphylococci on skin may be a reservoir for FA resistance genes (30). The monitor for presence of FA resistance genes among S. epidermidis should be helpful for preventing the dissemination of fusidic acid resistance. Surprisingly, low positive rate for fusB conferring FA resistance and mupA conferring high-level mupirocin resistance, indicated that new mechanisms may be associated with both mupirocin and FA resistance. Further studies are needed to investigate theses new mechanisms.

Copyright © 2018, Author(s). This is an open-access article distributed under the terms of the Creative Commons Attribution-NonCommercial 4.0 International License (http://creativecommons.org/licenses/by-nc/4.0/) which permits copy and redistribute the material just in noncommercial usages, provided the original work is properly cited.
download pdf 455.11 KB Abstract XML Get Permission (article level) Import into EndNote Import into BibTex
Number of Comments: 0