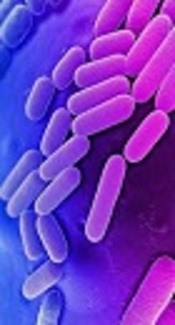 Klebsiella pneumoniae as an opportunistic pathogen can be the cause of a range of nosocomial and community - acquired infections. Many virulence factors help these bacteria overcome an immune system and cause various diseases. K1 and K2 capsular antigens, also magA, wcaG, and rmpA are well - known K. pneumoniae virulence factors. Klebsiella pneumoniae has been revealed to have the ability to acquire resistance to many antibiotics, which cause treatment failure.

A total of 173 non - duplicate K. pneumoniae isolates were collected from two different hospitals in Semnan, Iran, from urine specimens. Klebsiella pneumoniae was identified by conventional bacteriological tests. Disk diffusion test was performed according to the guidelines of the Clinical and Laboratory Standards Institute (CLSI). Detection of virulence factors, TEM, and SHV gene was performed by specific primers.

Frequency of some virulence factors including capsular type K2, rmpA, wcaG, and also resistant rate to imipenem, amikacin, and ceftazidime were significantly higher than similar studies. Presence of virulence factors accompanied by drug resistance should make bacteria an infectious agent and lead to treatment failure.

Klebsiella pneumoniae, as an opportunistic pathogen, can be the cause of a range of nosocomial and community - acquired infections (1-3). Pathogenic K. pneumoniae strains are responsible for urinary tract, respiratory, and blood infections and are associated with mortality and morbidity in patients (4-6). Pathogenicity of K. pneumoniae is the result of production of many virulence factors that help these bacteria overcome the immune system and cause various diseases. Different virulence factors, such as lipopolysaccharide (o - antigen), capsular polysaccharides (K antigen), fimbriae and siderophores contribute to the pathogenicity of Klebsiella (7, 8). Among these factors, the capsule is one of the most important virulence determinants, which helps achieve biofilm formation and leads to protection against phagocytosis, antimicrobial peptides, and serum bactericidal activity. There are more than 77 types of capsular antigens in K. pneumoniae strains, of which K1 and K2 serotypes are well known (9, 10).

Klebsiella pneumoniae also carries virulence - associated genes, which may encode capsules (magA, K2A, WcaG) and a capsular regulator gene (regulator of mucoid phenotype (rmpA). Mucoviscosity - associated gene A (magA) and WcGA genes located within the gene clusters are responsible for encoding capsular polymerase and capsular biosynthesis, respectively (11-13). Capsular biogenesis by magA is achieved through conversion of manose to fucose, which may enhance the ability of the bacteria to evade phagocytosis by macrophage. The regulator of mucoid phenotype A (rmpA) gene located on the plasmid increases capsular polysaccharide production and is found in the hypermucoviscous phenotype. Moreover, two genes, including the magA and rmpA, were initially associated with invasive infections (14, 15).

Resistance of pathogenic bacteria to different antibiotics has become a serious worldwide problem because of the fatal outcome of defective treatment and the difficulty to find treatment options (16). Klebsiella pneumoniae has been revealed to have the ability to acquire resistance to many antibiotics, especially third generation cephalosporins. Multidrug resistance of K. pneumoniae against the antibiotics used for therapy intensifies the virulence potential of Klebsiella. Beta - lactam antibiotics are one of the most commonly used antibiotics in the treatment of bacterial infections and the production of B - lactamase enzymes are the most common bacterial resistance mechanisms (17, 18). In the recent years, Extended Spectrum Beta Lactamase (ESBL) producer K. pneumoniae have increased over the world. The ESBLs are divided to several groups; the main groups are TEM, CTX, and SHV derivatives (19, 20).

The ethics committee of the Semnan University of Medical Sciences, Semnan, Iran, approved this study (IR.SEMUMS.REC 1394.29).

A cross sectional study was performed. A total of 173 non - duplicate K. pneumoniae isolates were collected during year 2015 at two different hospitals of Semnan, Iran, from urine specimens.

DNA of each K. pneumoniae isolate was extracted from 1 mL of overnight bacterial culture. Extraction was performed as previously described by Kuske et al. (23). The supernatant was used as the template DNA in PCR reactions. 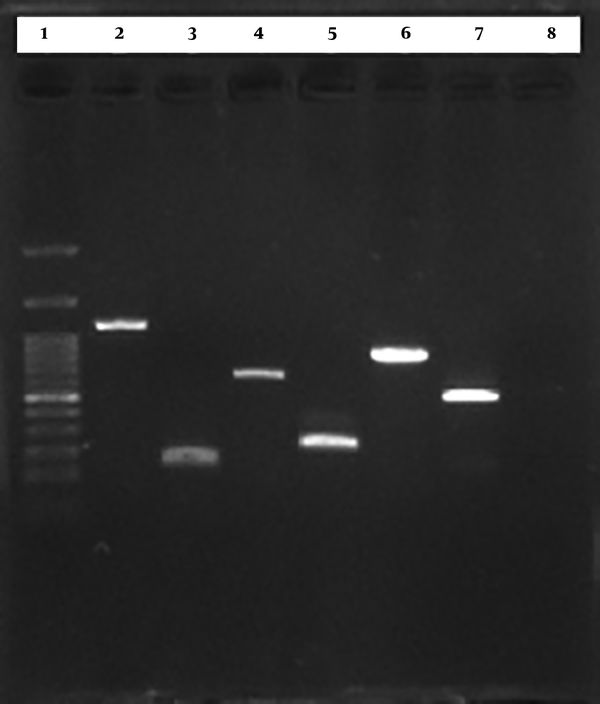 Klebsiella pneumoniae is the cause of nosocomial and community acquired infections, such as urinary tract, respiratory, and blood infections. It harbors many virulence-associated genes including magA, rmpA, WcaG, fimbriae, and siderophores, which help the bacteria overcome the immune system and cause infection. Drug resistant, especially ESBL - producing K. pneumoniae strains, contribute to treatment failure and increase morbidity and mortality in patients (26-28).

In this study, the frequency of SHV was significantly lower than 69.6% and 67.4% reported by Shahcheraghi et al. (25) and Feizabadi et al. (29), respectively. Frequency of TEM was significantly lower than 54%, reported by Feizabadi et al. (29), yet in accordance with 32.1% reported by Shahcheraghi et al. (25). These differences were the result of differences in infection control system and therapeutic regimens in different parts of Iran. Age of over 60, long hospitalization, diabetes and previous antibiotic treatment were other factors associated with the ESBL phenotype (30).

The authors would like to thank the clinical research development unit of Kosar educational and research and therapeutic center of Semnan University of Medical Sciences for providing facilities to this work. Also, the authors appreciate Sedigheh Malek jafarian, Mahla Khanpur, and Fatemeh Ashuri for their assistance.

Copyright © 2018, Author(s). This is an open-access article distributed under the terms of the Creative Commons Attribution-NonCommercial 4.0 International License (http://creativecommons.org/licenses/by-nc/4.0/) which permits copy and redistribute the material just in noncommercial usages, provided the original work is properly cited
download pdf 290.08 KB Get Permission (article level) Import into EndNote Import into BibTex
Number of Comments: 0