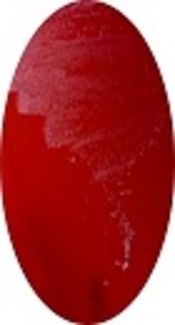 This research addressed the topic of timely diagnosis of Helicobacter pylori that is currently a problem for public health in Ecuador and worldwide. The prevalence of the pathogen has increased in the last decade, especially due to its direct participation in gastric cancer generation.

The present investigation was carried out to detect H. pylori in human stool samples by antigenic screening and culture.

The methodology used in this study was direct and indirect analysis of patients with H. pylori infection symptoms. Overall, 50 stool samples were collected (16 from males and 34 from females) and transferred immediately to the laboratory; patients were excluded due to causes such as contamination or insufficient amounts of sample for the analysis. From these samples, antigenic screening and culture in plates were carried out using the Brucella blood agar selective medium under controlled conditions. The two methods were analysed using the Kappa coefficient.

The detection rate by antigenic screening was higher than that obtained by culture, this is mainly due to the lack of viable cells and the difficulty of adapting adequate isolation techniques.

Helicobacter pylori are microaerophilic Gram negative and spiral-shaped bacteria, which colonize the human stomach and are prevalent throughout the world (1, 2). The have been associated with peptic ulcer disease, gastric adenocarcinoma, and inferior grade B lymphoma associated with the mucosa. In addition, the organism is thought to be involved in other human diseases, such as hematological and autoimmune disorders, insulin resistance, and metabolic syndrome (3). Although nearly 50% of the population is infected with H. pylori worldwide, prevalence, incidence, age distribution, and sequelae of infection are significantly different in developed and developing countries (4). Helicobacter pylori bacteria have generated great scientific interest in the world's research and diagnostic centres because of the medical problems they cause, given that they are bacterial pathogens that are not characteristic of the human gastric and intestinal flora, and are the result of infestation or contamination (5).

Since then, 38 years after their discovery and isolation by Robin Warren, who was the first to observe the pathogen from a gastric biopsy of a Russian patient with active chronic gastritis, it was not until 1989, when the bacteria were known as H. pylori (6, 7).

From this time on, several identification techniques have been implemented, such as immunology through screening of antigens, as well as enzymatic tests (urease), analysis through biopsies, culture as well as the diagnostic method, which has the advantage of typifying the organism and determining its sensitivity against antibacterial agents (8). The use of techniques based on monoclonal antibodies to evaluate fecal samples has improved the accuracy of the test (9, 10). The antibody test detects the presence of H. pylori antigens in a fecal sample and can be used to diagnose the active infection and, if necessary, to confirm that the eradication treatment has been successful (10). The sensitivity and specificity of the fecal antigen test is like that reported for carbon analysis. False-negative results may occur if the patient has been taking medications that may decrease the H. pylori burden in the stomach, or when the acid content of the stomach is lower (11, 12). However, there are some limited fecal antigen tests based on monoclonal antibodies that may be less influenced using Proton Pump Inhibitor (PPI) than urea breath tests (13).

In Ecuador, according to IECED (Instituto Ecuatoriano de Enfermedades Digestivas “Ecuadorian Institute of Digestive Diseases”) (14), 70% of patients are treated for digestive problems, especially for gastritis caused by H. pylori. It has been estimated that infection by these bacteria affects approximately 50% of the world population; these values reveal the importance of this pathogen and justify the interest aroused by the knowledge of its epidemiology (15). Some authors point out that, person-to-person transmission, especially in the family environment, is attributed to the main mechanism of propagation of the bacteria (16).

On the other hand, there may be differences between developed and developing countries (17). The first most frequent mechanism of contagion could be by direct interpersonal contact, oral-oral, while the second mechanism would predominate the oral-fecal route. Lack of sanitary infrastructures, overcrowding, and low socioeconomic and educational standards are associated with higher prevalence rates and reinfections of the pathogen (18).

The aim of this study was to identify patients, who had symptoms related to gastritis or duodenal problems, through antigenic screening and pathogen detection by culture in plates from stool samples.

The obtained data were from anamnesis through the clinical histories of 12 patients from the Alfredo Noboa Montenegro Hospital (Guaranda city), who attended for consultation. In addition, samples were obtained from outpatients, who attended routine laboratory tests. Clinical data and information were recorded through a clinical data record. A total of 50 faecal samples, 16 from males and 34 from females, were processed in the Maria Auxiliadora Clinical Laboratory located in San Miguel de Bolivar, Ecuador (Table 1). The biological samples (faeces) were frozen at 4 °C for further analysis and treatment.

Antigen tracing was performed by applying the chromatographic method Ag-H. pylori Feci Screen (REF IHP-602, Italy). This is a chromatographic immunoassay for qualitative detection of H. pylori antigen in human faecal specimens for diagnosis of infection, with a relative sensitivity of 94%, specificity of 95%, and accuracy of 97.5%. As it is an in vitro technique that can sometimes have false positives by cross-reaction of this method, a culture analysis was used.

For culture, 10 g of biological sample was prepared in 90 mL of sterile Buffered Peptone Water (BPW); homogenized and incubated at 37°C for 24 hours. After this time period, 100 μL of each homogenate was deposited on previously prepared plates with Brucella blood agar [Brucella agar + 5% type B (+) human blood with anticoagulant EDTA] (BBA). The addition of blood to the base medium provides nutrients for bacterial growth and allows the detection of haemolysis and the release of essential carbohydrate glucose for some bacteria (19). Storage of blood can lead to red blood cells undergoing morphological and biochemical changes that include oxidative damage to membrane proteins and lipids, decreased pH, ATP depletion, loss of 2,3 diphosphoglycerate (2,3 DPG), and potassium increase due to the malfunction of Na +, K +, and ATPase (20). The use of fresh blood avoids these changes, which is probably the cause of differences observed in the growth and haemolytic reactions of bacteria in media prepared with blood (19, 20). The plates were incubated at 37°C under microaerophilic atmosphere (5% O2, 10% CO2, 85% N2) for three days, after which, the plates that presented colonies with characteristic morphology to H. pylori were selected and re-cultured on new plates; all colonies were confirmed by Gram staining.

Data were entered in a database using the Infostat software (www.insostat.uc.ar), according to the Kappa index statistical model.

Of the 50 stool specimens analysed by antigenic screening, 25 were positive for H. pylori (six males and 19 females), which had a prevalence of 50%. The median age of the population was 30 years old (range from five to 65 years old) (Table 2).

The general prevalence of H. pylori infection was 50%, from which the prevalence with respect to gender of the patient was 38% in females and 12% in males (Figure 1).

By culture in plates using Brucella Blood Agar (BBA) selective medium, 18 samples were positive for H. pylori with 32 characteristic isolates after re-culturing and recovery of viable strains. The prevalence of H. pylori infection according to gender was significantly higher in females than in males with a 20% difference (Table 3, Figure 2). 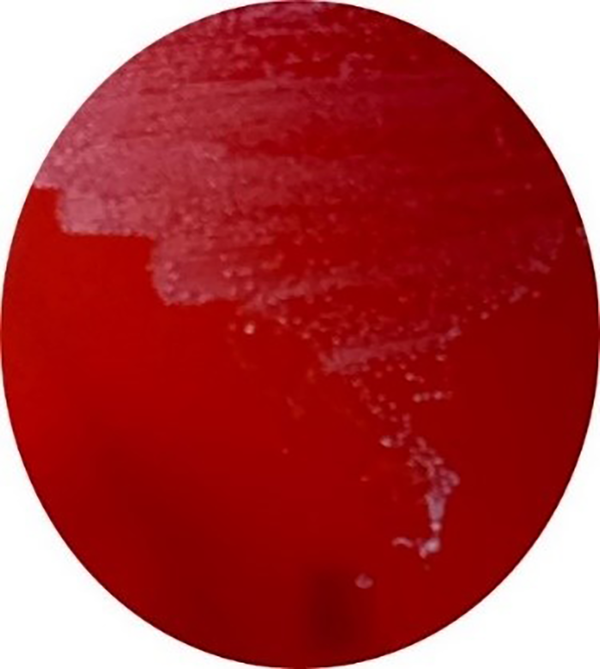 The worldwide prevalence of H. pylori is > 50%. Prevalence has declined in many countries due to improvements in treatment and living standards, however, there is still a marked variation between countries (21). This is because H. pylori infection is influenced by many factors. Indices are still higher in developing countries, due to associations with higher transmission in areas with overcrowded living conditions, poor sanitation, and insecure drinking water (11). The prevalence of H. pylori in adults is high in most Asian countries, such as Japan and China (50 - 70%), South American countries, Eastern Europe, and the Middle East, such as Chile (73 %), Bulgaria (61.7 %), Egypt (90 %), and Saudi Arabia (80 %) (11, 12).

On the other hand, lowest rates are found in countries, such as the United Kingdom (13.4%), Switzerland (11% to 26%), and Australia (15% to 20%) (21). The incidence of H. pylori, which with other factors leads to gastritis or stomach cancer, is around 80% to 90% in Latin America. The researchers pointed out that hydro sanitary conditions influence the infection, and in developed countries, such as the United States and Canada, the percentage decreases to 30% and 40%, (22). The most vulnerable group is the infantile group, because the infection is transmitted by consuming contaminated food or water (23). According to the results obtained by Sanchez-Ceballos, (24), in Madrid, Spain in a population of 618 individuals, where only 418 were accepted for participation, the prevalence for H. pylori infection was 77.8%.

On the other hand, in a study carried out in Turkey by Calik et al. (25), of 122 patients analysed with a population average of 45 years, through antigenic tracking, 86% of the samples were positive for H. pylori. Similarly, another study was conducted by Gomez et al. (26), in Ecuador, that evaluated 86 patients with dyspepsia to compare different detection methods, such as histology, HpSAg, and serology. In the three tests 89.53% were positive for H. pylori. The values obtained in these studies are greater than those obtained in the current research; this is obviously due to the larger size of the population analysed. However, in another study developed in India by Kashyap et al. (27), in 50 samples of patients with HIV between 16 and 65 years old with diarrhea, 10% of the cases were positive for H. pylori, and there was no correlation between gender and age of the patients analysed. In another study conducted by Rafeey and Nikvash (28) in one locality of Iran, in 96 children between one and thirteen years old with dyspeptic symptoms, 34% tested positive by antigenic screening. More than 30% of the analysed samples were positive after incubation in the BBA medium, of the 32 isolates obtained mostly from female patients.

When comparing with the number of positives obtained by antigenic screening, it can be suggested that the culture method allows determining if the microorganism detected by screening test is viable in the plate, in such a way that the number of viable samples is lower than antigenic screening. In a study conducted by Lee et al. (29) after comparing some culture methods from biopsy samples, they determined that the culture media, Thayer agar, Brucella agar, Chocolate agar, and Brain heart infusion agar acted in the same way, obtaining similar results under conditions of 10% CO2 and 96% humidity at 37°C. Similarly, in a work carried out by Xu et al. (30) it was determined that in Brucella agar, chocolate agar and brain heart infusion, H. pylori agar has the ability to live up to 56 days.

The Kappa analysis resulted in a discrete degree of agreement (fair), where K value obtained was 0.28; therefore, the agreement between the two methods of detection is not very large Table 4.

The antigenic screening for H. pylori and the accuracy and sensitivity of this test have cross reactions as it is non-invasive and qualitative immunochromatographic has an equivalent to the breath test with a sensitivity of 90% to 92%. Likewise, the effectiveness of the method of isolation by culture of H. pylori in selective media, such as Brucella Agar + blood, goes hand in hand with environmental conditions and is conditioned by the type of sample to be analysed, therefore it is convenient to use it with other methods of detection of H. pylori, such as antigenic screening and PCR to avoid false positives.

The authors express their gratitude to the Maria Auxiliadora Clinical Laboratory located in San Miguel de Bolivar for allowing the experiments in their facilities, as well as to the State of Bolivar University, and to the debt exchange program Ecuador – Spain, for the support received for carrying out the present work.