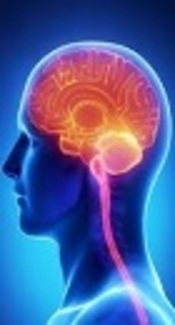 Meningitis Caused by Enterococcus gallinarum in an Immunocompetent Host

Enterococci are unusual etiological agents of bacterial meningitis. Meningitis caused by Enterococcus gallinarum, especially those that occur in immunocompetent hosts, is extremely rare. Moreover, community-acquired E. gallinarum meningitis might be extremely unexpected for a clinician and therefore easily misdiagnosed and mistreated.

A 12-year-old boy presented with an acute onset of fever, headache and vomiting. The cerebrospinal fluid culture from lumbar puncture yielded an isolate that was identified as E. gallinarum. The therapeutic regimen was a combination therapy of rifampicin and high-dose intravenous penicillin. One day after starting treatment, the patient became afebrile. A repeated lumber puncture two weeks later showed few white blood cells in the CSF and no bacterial growth.

This case reveals an incident of meningitis caused by E. gallinarum in an immunocompetent host. The combined therapy of rifampicin and high-dose intravenous penicillin might be effective for treatment in such a case.

Enterococcus gallinarum is common to the normal bacterial flora in the intestinal tract of humans and animals. Enterococcus gallinarum is a known opportunistic pathogen and may cause sporadic cases of bacteremia, urinary tract infection, infectious endocarditis, spontaneous peritonitis and, less frequently, other diseases (1). Cases of E. gallinarum meningitis are even more rare (2), with a Medline database search of the literature revealing only seven reports. Furthermore, most of the cases were due to nosocomial infection, and these patients had some degree of immunosuppression and had been previously subjected to a neurological procedure (3). Although E. gallinarum is generally considered of low pathogenic potential, it is now well recognized that this organism can cause serious invasive infections. However, due to its rareness, E. gallinarum is often neglected and misdiagnosed. Especially in patients who are otherwise healthy, community-acquired E. gallinarum meningitis is unexpected for clinicians. Unfortunately, the therapeutic effects of ceftriaxone and vancomycin, which are commonly empirically used in the treatment of bacterial meningitis, are poor. We report a case of community-acquired E. gallinarum meningitis for which penicillin was effective, while the efficacy of ceftazidime and antituberculosis drugs was poor.

A 12-year-old, previously healthy male, was admitted to a county-level hospital for fever, headache, and vomiting. He was diagnosed with a central nervous system infection and pulmonary infection and given a treatment of cefuroxime for three days, followed by ceftazidime for three days. Nevertheless, his condition was not significantly improved. He was then transferred to our hospital after 12 days of illness for further treatment. The patient displayed a bad mental state, and his body temperature was 39ºC. The physical examination indicated a suspicious stiff neck. Bloodwork indicated a total white blood cell (WBC) count of 12.6 × 109/L (71.8% neutrophils). The blood chemistry, immunoglobulin, and T cell subsets were all within the normal range, which might indicate he was an immunocompetent host. A blood sample was sent for culture and came back negative. Brain MRI showed unusual widening of Virchow-Robin spaces (VRS) in the left frontal lobe, which might suggest a lesion in the central nervous system. Chest CT showed some lesions with proliferation and fibrosis in the left upper lung, which might suggest old pulmonary tuberculosis. A lumbar puncture was performed, and the opening pressure was 110 mmH2O (after the treatment of mannitol).

The analysis of cerebrospinal fluid (CSF) revealed the following values: WBC count of 24 × 106/L (normal range < 10 × 106/L); glucose level 4.3 mmol/L (normal range 2.5 - 4.5 mmol/L); chlorine level 112 mmol/L (normal range 120 - 130 mmol/L); and protein level 872 mg/L (normal range 200 - 400 mg/L). Bacteria and tuberculosis bacilli could not be found on CSF smear microscopy. According to the clinical symptoms and the data above, we considered tubercular meningitis as the most likely diagnosis and underwent diagnostic treatment with isoniazid, rifampicin, pyrazinamide and streptomycin for 2 weeks. However, his symptoms became even worse, and the analysis of CSF showed that the levels of WBC and protein were higher than those before treatment. More specifically, the patient still had a high fever and presented with a remarkable stiff neck. The analysis of CSF showed WBC count of 310 × 106/L (75% neutrophils); glucose level 2.2 mmol/L; chlorine level 118 mmol/L; and protein level 899 mg/L.

Fortunately, the CSF culture then yielded an isolate which was identified as E. gallinarum (confirmed by VITEK32 microbial analysis instrument, bioMerieux, France). The isolate was sensitive to penicillin (MIC ≤ 0.25 mg/L), rifampicin (MIC ≤ 0.25 mg/L), linezolid (MIC ≤ 2 mg/L) and streptomycin. The isolate exhibited intermediate sensitivity to vancomycin (MIC = 8 mg/L) and resistance to gentamicin and tetracycline. According to this evidence, the therapeutic regimen was changed to another combination therapy of rifampicin and high-dose intravenous penicillin (4 million units every 8 hours; the patient weighed 30 kg). One day after starting treatment, the patient became afebrile. A repeated lumbar puncture two weeks later showed few WBCs in CSF and no bacterial growth. A repeated brain CT was unremarkable. The patient was then discharged and remained asymptomatic for 6 months afterward.

The classic clinical manifestation of bacterial meningitis is characterized by symptoms of fever, headache, neck stiffness, altered mental status, and even shock (4). Although our case had a relatively long course and the patient was relatively mild without altered mental status, the fact that the first lumbar puncture showed a low WBC number does not necessarily suggest that the Enterococcus was introduced (nosocomial infection) by the first lumbar puncture. In fact, the clinical manifestations and CSF parameters of atypical bacterial meningitis, especially in those previously treated, sometimes resemble those of tuberculous meningitis and cryptococcal meningitis. We noticed that the patient presented with fever, headache, and vomiting and had an abnormal brain MRI before the first lumbar puncture, which showed abnormalities of CSF chlorine level and protein level. The cause of atypical CSF parameters and manifestations in our case is perhaps because the patient had been treated with cefuroxime and ceftazidime, which may produce a partial antibiotic effect before being transferred to our hospital. This outcome could also explain why the first CSF parameters were not consistent with typical bacterial meningitis.

Early diagnosis and treatment of bacterial meningitis can be delayed by atypical symptoms and poor sensitivity of standard diagnostic microbiology. Changes in CSF should be interpreted carefully because CSF abnormalities change according to the cause and previous treatment. Thus, clinical manifestations and CSF parameters are not adequate to confirm or exclude diagnosis (4). Repeated lumbar punctures, CSF cultures, and detailed medical history enquiry are essential in patients with suspected meningitis. Although the patient was treated with rifampicin and streptomycin, and CSF culture showed that the isolate was sensitive to this treatment, the clinical efficacy was poor. We postulate that this outcome it because the distribution of streptomycin in the CSF and brain tissue is low, and treatment with rifampicin alone may rapidly cause bacterial resistance.

Enterococcus gallinarum isolates were either resistant or intermediately sensitive to vancomycin (5). In the cases of E. gallinarum meningitis reported in the literature, 2 patients were treated with ampicillin and gentamycin for 2 weeks, 1 patient with ampicillin and rifampicin for 3 weeks, 1 patient with teicoplanin for 4 weeks, 1 patient with ampicillin for 8 weeks, and 2 patients with linezolid for 3 weeks (2). Our patient was treated with rifampicin and penicillin for 2 weeks. All of the above patients were cured. In conclusion, the combination of penicillin and rifampicin might be a useful option for treatment of E. gallinarum meningitis. We recommend a course of treatment of at least 2 - 3 weeks, as symptoms disappear simultaneously. Linezolid or teicoplanin is also a useful option for treatment when the bacteria are resistant to penicillin.

The authors would like to thank the patient involved in this study.

Copyright © 2018, Author(s). This is an open-access article distributed under the terms of the Creative Commons Attribution-NonCommercial 4.0 International License (http://creativecommons.org/licenses/by-nc/4.0/) which permits copy and redistribute the material just in noncommercial usages, provided the original work is properly cited.
download pdf 84.12 KB Abstract XML Get Permission (article level) Import into EndNote Import into BibTex
Number of Comments: 0