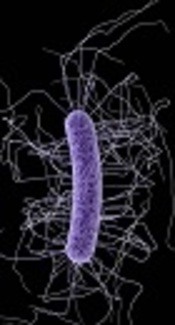 Liver disease represents a risk factor for Clostridium difficile infection (CDI). However, CDI predisposition and its incidence in patients with chronic hepatitis B (CHB) have not been well-characterized.

This study aimed at determining the incidence and risk factors of CDI in CHB patients without cirrhosis.

A retrospective case-control study was conducted on hospitalized patients in a Chinese tertiary hospital between June 2010 and June 2016.

A total of 105 CHB patients without cirrhosis were included in the present study. Among these patients, 35 (33%) patients developed hospital-acquired CDI. A total of 35 toxigenic C. difficile strains were assigned to 15 different STs by multi-locus sequence typing (MLST). Multivariate analysis indicated that prolonged hospital stay (OR: 1.045; 95% CI: 1.006 to 1.086) and higher Charlson scores on admission (OR: 3.063; 95% CI: 1.602 to 5.857) were independent factors for the development of CDI among CHB patients without cirrhosis.

A high incidence of CDI was detected in this cohort of CHB patients. Both the prolonged hospital stay and higher Charlson scores made CHB patients more susceptible to hospital-acquired CDI. Greater emphasis on infection control measures and antimicrobial stewardship in patients with CHB during hospital admission is needed.

Clostridium difficile infection (CDI) has been increasingly viewed as a major pathogen for nosocomial diarrhea since the first report on this pathogen (1). Two common toxins (toxin A and B) produced by C. difficile have been considered to induce C. difficile-associated diarrhea. The emergence of NAP1/BI/027, an epidemic hyper-virulent strain in North America and Europe (2), secretes a third toxin (binary toxin, CDT), which may result in poor prognosis. Clinical CDI manifestations range from mild diarrhea to toxic megacolon and pseudomembranous colitis (3). Furthermore, CDIs are responsible for costs of approximately $1.5 billion per year in the United States (4).

Clostridium difficile infection incidence continues to increase in both the general population and patients with liver disease, and has become a significant burden to public health worldwide (5, 6). Old age and exposure to both antibiotics and healthcare facilities are the main risk factors for CDI (3). It has also been known that both cirrhotic patients and liver transplant recipients are at high risk of CDI (7, 8). However, CDI incidence and risk factors for chronic hepatitis B (CHB) patients without cirrhosis have not been adequately studied. In a previous study, a disorder in gut microbiota in patients with CHB was detected (9), implying that CHB may have created a favorable environment for CD colonization and infection.

The present study aimed at determining the incidence and risk factors of CDI in CHB patients without cirrhosis by utilizing case-control cohorts hospitalized at a Chinese tertiary hospital, and establishing recommendations on preventing and treating CDI among CHB patients.

The present study was approved by the Medical Ethics Committee of the First Affiliated Hospital, School of Medicine, Zhejiang University (ZYYY 2018536).

Data on CDI were collected from CHB patients without cirrhosis, who were admitted between June 2010 and June 2016 to the First Affiliated Hospital, School of Medicine, Zhejiang University. The included CDI population was limited to patients, who had CDI onset at the healthcare facility (HCF), or HCF-associated (HO-HCFA) CDI. Furthermore, HO-HCFA CDI was defined as a CDI episode that occurred within 48 hours after admission, or within 28 days after discharge (10). A CDI was considered when both the C. difficile culture and C. difficile toxin assay were positive in stool samples obtained from patients with diarrhea (10). Diarrhea was defined as ≥ 3 unformed stools within 24 hours (10).

Non-cirrhotic CHB in-patients, who were ≥ 18 years old, were included in this study. Patients with CDI relapse were excluded. The control group included non-cirrhotic CHB inpatients with C. difficile negative diarrhea, and had been hospitalized for at least 48 hours. The subjects in the control group were randomly selected from a pool of age-, gender- and admission period-matched CHB in-patients with no known CDI history. The present study was approved by the Medical Ethics Committee of the First Affiliated Hospital, School of Medicine, Zhejiang University.

For isolating C. difficile, the stool sample was inoculated on cycloserine cefoxitin taurocholate agar (Oxoid Ltd., Cambridge, UK), supplemented with 7% sheep blood after an alcohol shock procedure, and the strains were confirmed by matrix-assisted laser desorption-ionization time-of-flight mass spectrometry (MALDI-TOF-MS) with a Microflex LT system (Bruker Daltonik GmbH, Bremen, Germany). DNA was isolated according to a previously described method (11). All strains were tested for the presence of tcdA, tcdB, cdtA, and cdtB genes by the polymerase chain reaction (PCR), as described by Kato et al. (11) and Stubbs et al. (12), respectively. Briefly, the PCR protocol for the toxin A gene was 35 cycles consisting of 95°C for 20 seconds and 62°C for 120 seconds. The PCR protocol for toxin B gene included 35 cycles of 95°C for 20 seconds and 55°C for 120 seconds. The thermal proﬁles for the CDTa and CDTb genes were determined at 30 cycles of 94°C for 45 seconds, 52°C for 60 seconds, and 72°C for 80 seconds. Toxigenic C. difficile isolate was confirmed as C. difficile isolate positive with toxin A gene and/or toxin B gene.

Multilocus sequence typing (MLST) was carried out with seven housekeeping genes (adk, atpA, dxr, glyA, recA, and tpi) for all of the isolates according to Griffiths et al. (13). The assignment of the allele number and Sequence Type (ST) was performed with C. difficile MLST database homepage (http://pubmlst.org/cdifficile/).

Numeric variables were expressed as mean ± standard deviation (SD) or median with interquartile range (IQR). Statistical significance was determined by Student’s t-test or Mann-Whitney’s U-test. Categorical variables were calculated as percentages and compared using the chi-square test. Risk factors were first screened by univariate analysis, and were further extracted by step-wise multivariate logistic regression analysis. The bivariate-resultant factors when P > 0.05 were ascertained. Logistic regression was used to determine the odds ratios with 95% confidence intervals (95% CIs). The SPSS package (version 23.0; SPSS Inc., Chicago, IL, USA) was used for all statistical analyses.

Table 1. Demographic and Clinical Characteristics of CDI Patients and Controlsa

bComparisons between the CHB and control groups were performed by Student t-test, Mann-Whitney’s U-test, or chi-square test.

As shown in Table 1, there were significant differences in prior antibiotic exposure, prolonged hospital stay, high leukocyte cell count, hemoglobin, alanine aminotransferase (ALT) level, respiratory disease, gastrointestinal disease, malignancy, and high Charlson score between the CDI and control groups (P < 0.05). The prior antibiotic exposure was 68.6% in the CDI group, while this was 31.4% in the control group. As noted, both cephalosporin and fluoroquinolones were more widely used in the CDI group, when compared with the control group. Furthermore, no correlation was found between proton pump inhibitors or antivirals and CDI status (P > 0.05).

Patients with C. difficile infection had more comorbidities and higher Charlson scores than subjects in the control group. Major concomitant diseases, including malignancy, gastrointestinal disease, and respiratory disease, were more frequent in CHB patients with CDI than the control group. A total of 35 toxigenic C. difficile strains were analyzed by MLST, and these were assigned to 15 different STs. Four isolates (28.1%) had A - B + CDT -strains, while 30 (85.7%) isolates had A + B + CDT - strains. One (2.9%) isolate had A + B + CDT + strains (ST-5). ST-35 and ST-3 both accounted for 23.3 (7/30) of the A + B + CDT- strains. Three of the A-B+CDT- strains were classified as ST-37, while one was classified as ST-39.

Risk factors were analyzed and extracted by comparing 35 CDI patients and 70 matched control subjects by univariate and step-wise multivariate analysis (Tables 1 and 2). Prolonged hospital stay (OR: 1.045; 95% CI: 1.006 to 1.086) and higher Charlson score on admission (OR: 3.063; 95% CI: 1.602 to 5.857) were found to be independent factors for the development of CDI among CHB patients without cirrhosis.

In the present study, CDI was investigated in a cohort of 105 non-cirrhotic CHB patients. It was found that 33% (n = 35) of these patients developed CDI during their hospital stay. The identified risk factors included prolonged hospital stay and higher Charlson score, which made patients with CHB more susceptible to CDI. The morbidity and mortality of CDI have steadily increased in Europe and America (14-16). As reported, CDI-affected populations have become larger than that of methicillin-resistant Staphylococcus aureus (MRSA), and an estimated 12.1% of all health care-associated infections were attributed to CDI in America (17). Liver disease is a known risk for CDI (5). This study found that 33% of CHB patients became infected with CD during hospitalization, which was higher than the general population (3). In the last few decades, the clinical management of hepatitis B has mainly focused on antiviral treatment. This often overlooks the negative impact of chronic liver injury on intestinal flora (18, 19), which may lead to an imbalanced microbiota in the gut that could favor C. difficile colonization and infection, or other life-threatening complications (9).

In the present study, the median hospital stay of patients in the CDI group was two times longer than that of subjects in the control group. Spores of C. difficile may survive even in harsh environments. The C. difficile contaminated environment in health care facilities and patients colonized or infected with C. difficile serve as important sources of hospital-based transmission (20). It was confirmed that patients in the CDI group had a prolonged hospital stay. In a previous study, ST-35 and ST-3 were among the most prevalent types in the hospital (21), and were the two predominant types in this study. The current researchers speculated that transmission events may exist, although discriminatory bacterial typing techniques, such as whole genome sequencing, are needed to validate these findings.

The inappropriate use of any antibiotics could trigger C. difficile colonization and infection (22). Cephalosporin and fluoroquinolones, which display a broad antibacterial spectrum and are potent, were most frequently used in this cohort. The inappropriate use of fluoroquinolones triggered several outbreaks of CDI in North America and Europe (23). The problem with the inappropriate use of antibiotics is more severe in China (24). The current research found that both cephalosporin and fluoroquinolones were more widely used in the CDI group, which may make CHB patients more susceptible to CDI. Antibiotics could disturb the flora equilibrium in the gastrointestinal tract, facilitating C. difficile spores to colonize, replicate and produce toxins. In addition, changes in the intestinal mucosa barrier in patients with CHB induced gastrointestinal microbial products of bacterial peptidoglycan, flagellin and metabolic byproducts easier to aggravate (9). The investigators previously noted that the peak of CDI incidence in the hospital of the current study occurred in internal medicine wards, where patients with various chronic diseases had longer hospital stays (22).

The present study had several limitations. First, the number of enrolled patients was relatively small. One of the reasons for such a small number was that physicians, who lacked CDI awareness, frequently overlooked the possibility of CDI among patients with unexplained diarrhea, leading to only 35 CHB patients diagnosed with concomitant CDI in nearly six years at the hospital. On the other hand, the current research may have underestimated the incidence rate of CDI in CHB patients. Second, this was a single-center study, and the present findings must be verified in future multicenter-based studies.

It was found that 33% of admitted CHB patients acquired CDI during their hospital stay. Both longer hospital stay and higher Charlson score on admission represented risk factors for the acquisition of CDI among hospitalized CHB patients. These risk factors may alert physicians to become aware of the possibility of CDI, and to actively seek for specific pathogen detection for early diagnosis and timely treatment. Furthermore, greater emphasis on infection control measures and antimicrobial stewardship in CHB patients during hospital admission is needed, and these efforts may reduce incident rate of CDI in these patients.

Copyright © 2018, Author(s). This is an open-access article distributed under the terms of the Creative Commons Attribution-NonCommercial 4.0 International License (http://creativecommons.org/licenses/by-nc/4.0/) which permits copy and redistribute the material just in noncommercial usages, provided the original work is properly cited.
download pdf 129.08 KB Abstract XML Get Permission (article level) Import into EndNote Import into BibTex
Number of Comments: 0