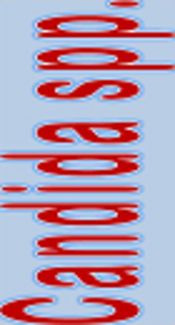 Candida infections are one of the most important nosocomial infections that have increased by 3.5 to 14 folds over the past decades. Although the sources of infection are human normal flora, hospital environments have an undeniable role. The increased use of antifungals, prolonged prophylaxis, and some organism-associated genetic factors have led to antifungal resistance.

The aim of the present prospective study was to identify Candida species from clinical specimens, normal flora, and hospital environments. Furthermore, the susceptibility profile of strains to several antifungals was also evaluated.

Ninety-two Candida strains, belonging to 10 different yeast species, were detected with the most common isolate, Candida albicans (46.74%). Candida albicans made up the majority of species that were obtained from oral samples and non-albicans species with uncommon frequency were obtained from hospital environment samples. Miconazole was a unique antifungal, towards which all strains were sensitive. However, most of the isolates were also sensitive to fluconazole.

Although resistance to amphotericin B, terbinafine, fluconazole, caspofungin, and itraconazole was found among C. albicans and non-albicans species, however, miconazole is the most effective antifungals against all strains.

Hospital environments are inevitably great sources of opportunistic fungal pathogens, which may be transmitted to both inpatients and outpatients by different routes. Nosocomial (hospital acquired) infections commonly occur during hospitalization in specialized wards, including urology, surgery, intensive care units (ICUs), neonatal intensive care units (NICUs), and infectious diseases among immunocompromised patients (1-4). Nosocomial infections have been increased dramatically in the past two to three decades due to several risk factors, including organ transplantation, hospitalization at ICUs and NICUs, malignancy, chemotherapy, and immunosuppression (2, 5). Furthermore, yeast infections, including candidiasis, have also been increased from 6 to > 10% during the recent decades (6).

Infections by members of the genus Candida mainly have an endogenous origin. However, candidiasis with exogenous sources are generally a cross-infection that is transmitted via the health care staff hands or relatives, patient to patient, or even by medical devices (6-8). Candidemia is a serious infection with significant mortality, mainly caused by Candida species. Therefore, candidiasis is known as the fourth cause of septicemias in the US and the sixth to tenth in Europe (9, 10). Studies have shown that a 3.5- to 14-fold increase was observed in Candida infections over the past two decades, especially during hospitalization at ICUs and NICUs (11). Accordingly, morbidity and mortality was increased among nosocomial infections due to Candida species (12).

Approximately, 66% to 80% of fungal infections include different forms of candidiasis. The causative agents of 70% to 80% are Candida albicans strains and the rest are non-albicans species (6, 13). In total, the incidence of invasive candidiasis is 7 to 10 times higher than invasive aspergillosis (9). However, invasive candidiasis occurs only in 1% to 8% of hospitalized patients (14). The rate of transmission of the Candida species varied from 0% to 58% among health care personnel (13). Furthermore, an increase in infections associated with medical equipment was detected. For example, at least 50% of nosocomial infections are associated with medical equipment, especially septicaemia and urinary tract infections (8). Recently, authors reported that intravenous catheter administration and hemodialysis are responsible for 87% of primary blood infections due to non-albicans species (8, 10).

In the recent years, there has been a shift towards invasive candidiasis due to non-albicans species. This shift is due to the use of antifungals (azoles), prolonged prophylaxis, and genetic factors (9, 15-17). Candida krusei is inherently resistant to some antifungals (12) and 3% to 7% of C. glabrata are resistant to fluconazole (18).

The aim of the present prospective study was to determine the frequency of Candida species isolated from different hospital environments, clinical samples, and staffs normal flora. Furthermore, the susceptibility profile of isolates to antifungals, such as fluconazole, amphotericin B, terbinafine, itraconazole, miconazole, and caspofungin was investigated.

The present study protocol was reviewed and approved by the Ethical and Research Committee of Ahvaz Jundishapur University of Medical Sciences (ethic number: IR.AJUMS.REC.1395.65).

The primarily identification was based on morphological and microscopy characteristics, including colonies coloration on CHROM agar Candida and growth at 42 to 45°C as well as germ tube formation and micromorphology on cornmeal agar (Difco, USA), supplemented by 1% Tween 80 (Merck, Germany).

All isolates were confirmed using a molecular technique, PCR-RFLP method, according to Mohammadi et al. (19). Firstly, the genomic DNA of each isolate was extracted by boiling of a loopful of fresh yeast colony suspended in 100 µL of deionized distilled water and heated at 100°C for 10 minutes, as previously described. The suspensions were then centrifuged at 4000 g for 10 minutes and kept at -20, as a DNA template. The ITS1-5.8S-ITS2 fragment of r-DNA complex was amplified in all strains using ITS1/ITS4 primer pair (20). The amplified products were digested with the restriction enzymes MspI in a 30-μL reaction mixture, according to the manufacturer’s instructions. Finally, the digested fragments were separated through electrophoresis on 2% gel agarose, stained with ethidium bromide, visualized under UV light and photographed. For identification of isolates, the banding pattern of each strain was compared with the banding profile described in a previous study (19).

A standard suspension of an overnight culture of all tested organisms was prepared in 0.01% Resazurin (Sigma - Aldrich, Germany) RPMI 1640 (Bio IDEA, Iran), according to the CLSI protocol (21, 22). Then, 100 µL of suspension and 100 µL of antifungal serial dilutions were added to each well of a 96-well microplate. Microplates were incubated at 35°C for 24 to 48 hours, then the MIC range, MIC50, MIC90, and MICGM were calculated.

The MIC range for rare non-albicans species of C. krusei, C. kefir, C. lusitaniae, C. guilliermondii, C. rugosa, and C. famata is shown in Table 3. As shown, only one isolate of C. famata was resistant to amphotericin B after 48 hours of incubation. In addition, resistance to terbinafine was observed in C. guilliermondii, and one isolate of C. rugosa. In the present study, several multi-resistance was observed among tested Candida species (Table 4).

Table 3. The MIC Range of the Rare Candida Species to Antifungal Agents After 24 Hours

Various studies have shown that hospital environments and staff hands as well as medical devices are contaminated with fungal agents. In a study by Savastano et al. 19.65% of collected samples from environmental health practitioners of a Brazilian hospital were contaminated with different species of Candida (35). In a similar study, Storti et al. found that 19.2% of theirs samples from inpatients, the environment, and health practitioners yielded Candida species (5). Although the total frequency of Candida in the current study was 31.7%, only 10.3% of hospital environments were contaminated with Candida species. On the other hand, this study only isolated Candida from one case of staff hands and two cases of neonate skins (7.5%). Furthermore, 57.3% of stools, urines, swab from oral cavity, and respiratory tract samples had positive cultures. It is believed that the hospital environments have different mycoflora and usually spread via staff hands (36, 37). In addition, moist surfaces in hospitals protect Candida species for a long time (38).

The sensitivity pattern of Candida species to antifungals is a powerful tool for clinicians to better use a prophylactic, pre-emptive, and empiric antifungals therapy. On the other hand, prophylactic and empirical uses of azole derivatives have increased the frequency of non-albicans Candida species in hospitals (40, 41). In the current study, all of isolates were only susceptible to miconazole antifungals. Miconazole was effective against all tested Candida isolates, including fluconazole resistance strains in Isham and Ghannoum study (42). Furthermore, all C. albicans and non-albicans species in Storti’s study were sensitive to fluconazole (5). In contrast, a resistance to miconazole and fluconazole up to 33.3% and 50% in non-albicans Candida was observed in Savastano et al.’s study (35). The current isolates were a mixture of clinical, environmental, and resistant strains to fluconazole, found among 11.6% of C.albicans, similar to 10.5% of tested C. albicans by Badiee and Alborzi (43).

Candida albicans was the major species that was obtained from oral samples and non-albicans species with uncommon frequency were obtained from hospital environmental samples. Although resistance to amphotericin B, terbinafine, itraconazole, caspofungin, and fluconazole was found among C.albicans and non-albicans species, miconazole is an effective antifungal against all strains.

Copyright © 2018, Author(s). This is an open-access article distributed under the terms of the Creative Commons Attribution-NonCommercial 4.0 International License (http://creativecommons.org/licenses/by-nc/4.0/) which permits copy and redistribute the material just in noncommercial usages, provided the original work is properly cited.
download pdf 154.56 KB Get Permission (article level) Import into EndNote Import into BibTex
Number of Comments: 0