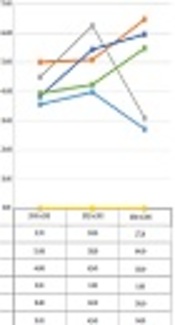 This study aimed to report the seven-year trend of antimicrobial resistance of Acinetobacter and Pseudomonas spp. causing bloodstream infections (BSIs) in Shiraz, southern Iran, during 2010 - 2016.

This retrospective study was conducted on the recorded blood cultures during 2010 - 2016. The susceptibility testing of isolates was performed by the agar diffusion test. Data were grouped into three episodes: 2010 to 2011, 2012 to 2013, and 2014 to 2016. The chi-square test was used to determine the significance of antimicrobial resistance trends.

The increasing trend of antimicrobial resistance of Acinetobacter and Pseudomonas spp. to almost all the conventional antibiotics over the seven-year period of this study is alarming.

Antimicrobial resistance is a growing healthcare concern worldwide. Gram-negative, non-fermenter, rod-shaped bacteria including Acinetobacter spp. and Pseudomonas spp. are significant causes of nosocomial infections. These bacteria are a serious challenge to health care systems because they are optimally successful pathogens to develop antimicrobial resistance. Acinetobacter spp. are opportunistic organisms that can cause several infections ranging from superficial skin and soft-tissue infections to more severe diseases such as pneumonia and bloodstream infection (BSI) (1-3). The results of a cohort study in the United States showed that the mortality rate of bloodstream infections caused by Acinetobacter spp. was 49.6% (4). Pseudomonas spp., especially Pseudomonas aeruginosa, as renowned opportunistic bacteria, was the sixth cause of healthcare-associated infections and the third most common Gram-negative bacterium causing BSI among 11,282 patients in 183 hospitals of the United States (5).

The report from India revealed that the overall prevalence rates of Acinetobacter and Pseudomonas spp. were respectively 1048 (5.6%) and 828 (4.4%) among 18,695 isolates from blood samples between 2008 and 2014 (6). In a multicenter study in Iran by Poorabbas et al. among all 858 isolates obtained from positive sterile body fluid cultures, 95 (11.07%) and 67 (7.80%) of them were Pseudomonas and Acinetobacter spp., respectively (7). Currently, these pathogens have turned out to be a “red-alert” because of their rapid emergence of resistance following the overuse and misuse of antibiotics and the increased incidence and the worldwide spread of multidrug-resistant (MDR) isolates (8).

In this study, we aimed to report the seven-year trend of antimicrobial resistance of Acinetobacter and Pseudomonas spp. causing BSIs in Shiraz, southern Iran, during 2010 - 2016.

3.1. Design, Period and Location of the Study

This retrospective descriptive study was conducted at Professor Alborzi Clinical Microbiology Research Center (PACMRC), a referral microbiology laboratory in Shiraz, southern Iran, on the recorded blood cultures from 2010 to 2016. We investigated the antimicrobial resistance of all Acinetobacter and Pseudomonas spp. isolated from blood specimens submitted for culture in an automated blood culture system (BACTEC® BD).

3.2. Identification and Confirmation of the Isolated Bacteria

All the isolates were tested by using cation-adjusted Mueller-Hinton agar (Merck Co., Germany). The results were interpreted according to the clinical and laboratory standards institute (CLSI) guideline (10). To determine the resistance of Acinetobacter spp. to colistin, we used the disk diffusion test based on provisional zone diameter breakpoints suggested by Galani et al. (11). We considered inhibition zone diameter breakpoints of ≥ 14 mm as susceptible. Extended-spectrum beta-lactamases (ESBL) production was determined according to the CLSI guideline using cefotaxime, cefotaxime-clavulanic acid (30/10 μg), ceftazidime, and ceftazidime–clavulanic acid disks (30/10 μg) (10).

We merged the intermediate resistant pathogens into resistant ones to report the susceptibility rate, on the ground that the clinical approach to both is the same. For the purpose of analysis, data were grouped into three episodes: 2010 to 2011, 2012 to 2013, and 2014 to 2016. The statistical analyses were done by SPSS version 16 software. The chi-square and Fisher’s exact tests were used to determine the significance of antimicrobial resistance trends over the three periods of study. The P values of ≤ 0.05 were considered statistically significant.

Table 1. The Number and Percentage of Bacterial Pathogens Isolated from Patients with Bloodstream Infection in 2010 - 2016a

a Methicillin-resistant coagulase-negative staphylococci (MRCoNS) is a remarkable sample contaminant; therefore, the results are reported in this table excluding these bacteria. Antimicrobial susceptibility pattern of Acinetobacter spp. against common antibiotics between 2010 and 2016 Antimicrobial susceptibility pattern of Pseudomonas spp. against common antibiotics between 2010 and 2016

The effect of ciprofloxacin on Pseudomonas spp. (sensitivity of 45.2%) was relatively superior to the effect on Acinetobacter spp. (sensitivity of 17.5%); however, for both organisms, there was a statistically significant increase in the rate of resistance to ciprofloxacin over the seven-year period. A previous report from our center showed that 83% of Pseudomonas spp. were sensitive to ciprofloxacin within 2005 - 2006 (12), indicating a growing trend. The resistance rate to levofloxacin, which was determined only in the last episode, was more than that to ciprofloxacin. Carbapenem has been the treatment of choice for the infections caused by MDR Gram-negative bacilli, but unfortunately, the resistance to carbapenem compromises the treatment options. The results of the present study indicate that Acinetobacter spp. had a high resistance rate to this group of antibiotics in 2014 - 2016. A study from southern Iran demonstrated oxacillinases (OXA-type β-lactamases) had become a principal carbapenem resistance determinant in Acinetobacter baumannii clinical isolates (2).

The resistance of A. baumannii to carbapenems was reported as 23% in 2007 - 2008 in our center (13). At present, nearly 92% - 76% of Acinetobacter isolates are resistant to imipenem in different regions (14). Our results revealed that a statistically significant decreasing trend exists for the resistance of Pseudomonas spp. to both imipenem and meropenem (29.6% for imipenem and 30.9% for meropenem in 2014 - 2016). These results were similar to the resistance rate of Pseudomonas spp. to imipenem in our center from 2005 to 2006, which was 23% (12).

Therefore, one of the possible reasons for the reduction of resistance is the decrease in the prescription of imipenem and meropenem in the last episode for the treatment of patients with suspected MDR Pseudomonas spp. BSIs, because of the high resistance rate between 2012 and 2013. We could not demonstrate any association between the use of carbapenems and resistance to it because this study was designed retrospectively and the data regarding antibiotics usage were lacking in our centers. In our study, more than 90% of Acinetobacter and Pseudomonas spp. were ESBL producers, which explains resistance to cephalosporins, penicillins, and monobactams (20). In a previous report from our center, among the organisms isolated from hospitalized patients, the ESBL producer rates were 81.4% (70 of 86) for Acinetobacter spp. and 71.7% (71 of 99) for Pseudomonas spp. (21).

According to the results, the resistance of Acinetobacter and Pseudomonas spp. to almost all antibiotic classes was high and increasing over the seven-year period of this study. Nowadays, a limited number of effective antibiotics are available for empirical therapy against Acinetobacter and Pseudomonas spp. The results emphasize the need for developing and intensifying infection control programs and antibiotics stewardship for proper prescription of antibiotics in hospitals to curb the increasing trend of resistance.

Our thanks go to Dr. Hassan Khajehei for language editing of the manuscript.

Copyright © 2019, Author(s). This is an open-access article distributed under the terms of the Creative Commons Attribution-NonCommercial 4.0 International License (http://creativecommons.org/licenses/by-nc/4.0/) which permits copy and redistribute the material just in noncommercial usages, provided the original work is properly cited.
download pdf 550.57 KB Get Permission (article level) Import into EndNote Import into BibTex
Number of Comments: 0