2 Center for Advanced Studies in Vaccinology and Biotechnology, University of Balochistan, Quetta, Pakistan 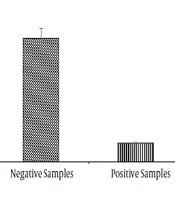 Wound infection is the cause of mortality and morbidity on a global scale. Microorganisms infecting wounds can multiply and colonize in the wound, resulting in host tissue damage.

The present study was conducted to identify Proteus mirabilis in wounds of patients in Quetta district.

This study was conducted from June 2017 to June 2018 at the Center for Advanced Studies in Vaccinology and Biotechnology, University of Balochistan, Quetta. Overall, 480 different wound samples were collected from patients admitted to Bolan Medical Complex Hospital, Quetta. Proteus mirabilis was isolated using differential and selective media and characterized by biochemical tests (catalase, oxidase, IMViC, and sugar fermentation), antimicrobial susceptibility tests, and PCR.

The pathogenesis of P. mirabilis in wound infection and its antimicrobial sensitivity are major problems worldwide. The use of aminoglycosides such as gentamycin and amikacin is effective against P. mirabilis and can help prevent the spread of infection and reduce the cost of treatment. The PCR technique is one of the sensitive, timesaving, specific, and cost-effective ways for the identification of the pathogenic genes of P. mirabilis.

Proteus species belong to the Enterobacteriaceae family (1). There are several species of Proteus including Proteus mirabilis, P. vulgaris, P. penneri, P. hauseri, P. myxofaciens (2, 3), P. alimentorum, P. cibarius, P. columbae, P. inconstans, P. morganii, P. terrae, and P. rettgeri (4-7). Proteus mirabilis is a Gram-negative, rod-shaped, facultative, anaerobic, non-capsulated, non-spore forming, and motile bacterium (8). It is mostly found in natural environments and responsible for the infection of the pulmonary system, burns, skin, eyes, ears, nose, and the urinary tract, as well as gastroenteritis (9, 10). Proteus mirabilis is the third most common cause of nosocomial infections accounting for 90% of all Proteus infections (11).

The virulence of Proteus spp. is dependent on the several virulent factors that are regulated by several genes encoded in operons (18). Proteus mirabilis utilizes the urease enzyme that plays an important role in the pathogenesis of kidney and bladder stone formation. Some genes such as ureA, ureB, ureC, ureD, ureE, ureF, ureG, and ureR on the ure operon are responsible for the production of the urease enzyme among which, ureC is a major contributor (19)

The present study was designed to evaluate the different aspects of P. mirabilis and its antibiotic susceptibility pattern.

The study was conducted from June 2017 to June 2018 at the Center for Advanced Studies in Vaccinology and Biotechnology (CASVAB), University of Balochistan, Quetta.

Antimicrobial susceptibility was tested by the disc diffusion method according to the clinical and laboratory standards institute guidelines (CLSI guidelines, 2006). A suspension of bacterial cells (0.5 McFarland) was prepared and dispersed on the surface of Mueller-Hinton agar (Oxoid, UK) and incubated at 37ºC for 24 h. The isolates were assessed for sensitivity or resistance to particular antimicrobial agents such as penicillin G (10 μg), ampicillin (10 μg), amoxicillin (10 μg), cefuroxime (30 μg), ceftriaxone (30 μg), amikacin (30 μg), ceftazidime (30 μg), imipenem (10 μg), gentamicin (10 μg), ciprofloxacin (5 μg), and tetracycline (30 μg) based on inhibitory zones.

The DNA was extracted from culture using a DNA purification kit (Hiper® Bacterial Genomic DNA Extraction Teaching Kit (India). After extraction, the DNA templates were stored at -20ºC for further use. The primer sequences including F: (CCG GAA CAG AAG TTG TCG CTG GA) and R: (GGG CTC TCC TAC CGA CTT GAT C) were designed to allow for the amplification of the 533-bp fragment of the ureC1 gene. For PCR amplification, a 25-μL volume reaction mixture was used containing 12 μL of master mix (2x AmpMaster™ Taq), 9 μL of grade water, 1 μL of each primer (forward, reverse), and 2 μL of template DNA. PCR cycling for reaction mixture included initial melting at 94ºC for 3 min, denaturing at 94ºC for 1 min, annealing at 63ºC for 30 s, extension at 72ºC for 1 min, and a final extension at 72ºC for 7 min. The final PCR product was run on the 1.5% agarose gel and observed under UV light. 4.2. Confirmation of P. mirabilis Through PCR

In the present study, the PCR-based identification of a specific gene was used to confirm P. mirabilis. All the isolates of P. mirabilis were used to produce a specific size of the 533-bp fragment of the ureC1 gene, as shown in Figure 5. Proteus mirabilis can cause both community and hospital-acquired infections, especially in immunocompromised patients. Based on the study by Brown (11), Proteus is the third main cause of hospital-acquired infections and a major contributor to the pathogenesis of wound infection. In the present study, 480 different wound samples were examined out of which, 13.3% were positive for P. mirabilis while 86.6% produced negative results. Among the positive samples, male patients’ wounds (8.3%) were more infected with P. mirabilis then female patients’ wounds (5%). Bahashwan and El Shafey (20) indicated in their study that males were more affected by P. mirabilis than females. This study showed that P. mirabilis affected all age groups, mostly 16 - 30 years-old (6.70%), followed by 5 - 10 years-old (5%) and 30 - 50 years-old (1.60%).

In this study, P. mirabilis was mostly found in surgical (5%) and diabetic (5%) wounds, followed by burn wounds (3%). Mohammed et al. (21) similarly reported in Nigeria that P. mirabilis was more frequently isolated from surgical wounds than burn and diabetic wounds. We identified P. mirabilis through differential media, Gram staining, and biochemical tests such as IMVIC, catalase, oxidase, sugar fermentation, citrate utilization, and urease and found results similar to the findings obtained by Cowan (22).

The control of wound infection has become more challenging due to the antibiotic resistance of infections. This study showed that P. mirabilis was sensitive to gentamicin and amikacin while resistant to penicillin G, ampicillin, amoxicillin, cefuroxime, ceftriaxone, ceftazidime, imipenem, ciprofloxacin, tetracycline. Mordi and Momoh (23) also found that all positive samples were resistant to tetracycline and erythromycin but sensitive to ciprofloxacin, ofloxacin, and gentamicin. In the present study, the PCR-based identification of a specific gene was used to detect P. mirabilis. All isolates of P. mirabilis were used to produce the specific size of the 533-bp fragment of the ureC1 gene; similar results were found by Abbas et al. (24).

The pathogenesis of P. mirabilis in wound infection and its antimicrobial sensitivity are major problems worldwide. The use of aminoglycosides such as gentamicin and amikacin is effective against P. mirabilis that helps prevent the spread of infection and reduce the cost of treatment. PCR is one of the sensitive, timesaving, specific, and cost-effective ways for the identification of the pathogenic genes of P. mirabilis.