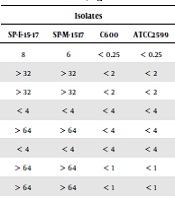 Polymyxin B (colistin) has been used in agriculture and veterinary medicine since the 1960s. The recent discovery of the plasmid-mediated colistin-resistance gene mcr-1 in China (1) has grabbed the attention of medical science. Colistin is the last available drug to treat infections caused by multidrug-resistant bacteria, particularly carbapenem-resistant Enterobacteriaceae (2). Since 2015, more than 10 distinct alleles of mcr-1 have been reported in Escherichia coli (E. coli), Klebsiella, and Salmonella globally (3). The incidence and spread of the plasmid-mediated colistin-resistance gene mcr-1 in E. coli pose a global concern to the community. Of our particular concern is the dissemination of mcr-1 into carbapenemase-producing or extended-spectrum β-lactamases (ESBLs)-producing E. coli, which results in highly resistant strains, e.g., pandrug-resistant strains that are potentially untreatable (4). Reports are still infrequent on E. coli isolates co-harboring mcr-1 and blaNDM-1 from clinical cases. We report the first case of E. coli pandemic clone sequence type 648 co-harboring colistin-resistance-encoding mcr-1, carbapenemase-encoding blaNDM-1, and ESBLs-encoding blaCTX-M-15 from a clinical case in Shenzhen, China.

An 83-year-old male presented to the Medicine Department of Shenzhen hospital with the main complaint of diarrhea in 2015. Initially, Enterobacter species from fecal samples were cultivated on a Columbia blood agar plate. The acquired bacteria were routinely subjected to biochemical tests as well as API 20 system (BioMerieux, Marcy l’Etoile, France) with and further confirmed by using 16S rDNA PCR and sequences. Extended-spectrum -lactamases production was confirmed using the combination disc diffusion method and carbapenemase production was confirmed using a carbapenem inactivation method (CIM), followed by antimicrobial susceptibility testing. The antibiotic susceptibility testing was performed with 22 routinely used antimicrobial agents using the VITEK2 compact system (Ref. No. 27530/275660) according to the Clinical and Laboratory Standard Institute guidelines (CLSI guidelines, 2010).

Carbapenem and colistin-resistant C600 transconjugants were successfully obtained from this isolate. The PCR-based replicon type assay showed that plasmids carrying mcr-1 and blaNDM-1 belonged to IncX3, the size of which was confirmed in 0.7% agarose gel electrophoresis. The co-existence of blaNDM-1 and mcr-1 has been reported in the specimen of cases with bloodstream infection and urinary tract infection (5). To the best of our knowledge, this is the first study from Shenzen, China, that reports such an occurrence in the fecal specimen of a colonized individual. The MLST and phylogenic group results showed that the E. coli SP17 isolate belonged to ST648 type group A, which is the most pandemic clone combining multidrug resistance and virulence (6). The E. coli ST648 clone has been observed globally in humans, companion animals, livestock, and wild birds and is commonly allied with various β-lactamases, including ESBLs, NDM, and KPC (7, 8).

Conjugation experiments showed that the plasmids harboring the mcr-1 and blaNDM-1 genes were successfully transferred to E. coli EC600, indicating that mcr-1 and blaNDM-1 were located on conjugative plasmids but blaCTX-M-15 was located on another plasmid. Similar results have been reported globally. The PCR-based replicon typing indicated that the resistance determinants were located on the commonly reported IncX3 plasmid. One limitation of this study is the lack of performing S1-PFGE, followed by Southern blotting to determine the location of the gene or even the whole genome sequencing.

Overall, to the best of our knowledge, this is the first report of co-harboring mcr-1 and blaNDM-1, and blaCTX-M-15 in E. coli ST648 isolated from a diarrhea patient in Shenzhen, China. The occurrence of the multidrug-resistance enzyme-encoding genes in E. coli ST648 (group A) pandemic clone is quite alarming to society. The constant surveillance of the field strains is essentially required.