Investigation of Helicobacter pylori Infection and Its Related Factors in the Tianjin Binhai Area, China 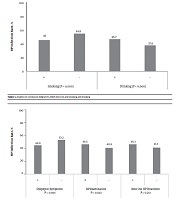 Helicobacter pylori is one of the most widely distributed and most common bacteria in the world. There is a discrepancy in the H. pylori infection rate among different regions and countries that may be due to many factors.

We recruited a sample of 2235 cases and conducted the 14C or 13C breath tests and questionnaire surveys. The factors affecting H. pylori infection were analyzed using the chi-square test and multiple logistic regression.

The rate of H. pylori infection was lower in the Tianjin Binhai area than in the whole country, which may be related to socioeconomic status and marital status. Furthermore, it is also probably related to gender and hypertension.

Some studies have pointed out that the poorer economic status and a lower degree of culture may induce higher H. pylori infection rates (8). Helicobacter pylori infection has become a public health problem that seriously endangers the health of residents in China. There may be large differences in the rate of H. pylori infection among various sectors of an area (8).

To understand the current status of H. pylori infection in the Tianjin Binhai area and to evaluate the factors related to H. pylori infection, we conducted a study from January 2013 to July 2013. A total of 10 cluster sampling surveys were performed in the development zone, the urban zone and suburban zone of Tianjin Binhai area. In total, 2235 cases (835 males and 1400 females) were invited to participate in the study; however, 2128 cases were enrolled in the survey, with a response rate of 95.2%. The age range was 4 to 90-years-old, comprising 1985 adults (≥ 18 years) and 143 children (≤ 18 years). We excluded people with antibiotics or acid inhibitors use in the last three weeks, the previous diagnosis of cancer, a history of gastrectomy, and the age of ≤ 18 years. People from the same household were also excluded.

The 14C urea breath test (14C-UBT) was generally adopted and the 13C urea breath test (13C-UBT) was used in children and pregnant groups. We employed HUBT-20 and SN3357 types of H. pylori detection instruments (Shenzhen Zhonghe Haidewei Biotechnology Co., Ltd.) and 14C and 13C urea breath test kits. The 14C-UBT was performed as described previously (9). For the present study, a 14C-UBT value of > 100 dpm/mmol CO2 was defined as positive and < 100 dpm/mmol CO2 as negative. In the morning following an overnight fast, subjects rinsed their mouths prior to the test. Each subject swallowed one C14 urea capsule with lukewarm water. After 25 minutes, subjects were asked to exhale through a straw into a CO2 collector. We recorded the time required for the colored fluid in the CO2 collector to change to colorless. Samples were sealed with caps after adding diluted scintillation fluid using pure methanol-rinsed transfer pipettes. Samples were shaken and mixed well and C14 radiation was measured. For C13-UBT, the subject with overnight fast was asked to exhale into a CO2 collector sample. Then, the subject swallowed one C13 urea capsule, and exhaled into another CO2 collector sample. The two samples were attached to SN3357 types of H. pylori instruments for the detection. The values of dpm were then calculated and data were analyzed as mean ± SD of dpm values.

The rate of H. pylori infection was expressed in percentages and analyzed with SPSS V. 19.0 software. Categorical data are presented as proportions. Groups were compared with the chi-square test. Unadjusted and stepwise multivariate Cox regression models were used to assess the effects of qualitative variables on the risk of H. pylori infection. This analysis implies a possible bias or lack of generalization of these tertiles to other patient groups. P < 0.05 was considered statistically significant.

4.2. The Effect of Socioeconomic Status on Helicobacter pylori Infection

bIncludes seamen, civil servant, driver, self-employed entrepreneur, and so on.

cMeans outpatient visits or volunteers of Hp examination to hospital.

4.3. The Effect of Personal Lifestyle or Habit on Helicobacter pylori Infection 4.4. The Effect of Personal Health Status on Helicobacter pylori Infection In the survey, there were 422 cases, 155 cases, 208 cases, and 171 cases infected with H. pylori who had a history of hypertension, diabetes, coronary atherosclerosis, and fatty liver, respectively. The H. pylori infection rate was higher in the hypertension population than in the general population (51.9% vs. 44.4%, P = 0.001). There was no significant difference in the infection rate between a population with other underlying diseases and the general population. The family history of cancer was not related to H. pylori infection (51.3% vs. 45.9%, P = 0.76) (Table 3, Figure 3). 4.5. The Effect of Single Testing Factor on Helicobacter pylori Infection

5.2. The Relationship Between Helicobacter pylori Infection and Gender or Age

In this study, the H. pylori infection rates were 49.2% and 44.8% in men and women, respectively. The rate of male cases was slightly higher than that of female cases, which was not consistent with some reports (12, 13) and consistent with other reports (14, 15). These might be related to the differences in races, living habits, and living conditions of the subjects. In addition, the reason that the positive rate of male cases was higher than that of female cases may be related to the high intensity of work, more opportunities of outdoor dining, smoking, drinking, and ignoring the dietetic hygiene.

Many studies (16, 17) have shown that the H. pylori infection rate exhibited a gradually increasing trend with the increase in age. In this study, it was shown that the H. pylori infection rate in the 31 - 80-year-old group was higher than the average level, which may be due to the relatively frequent social activities, interpersonal communications, and greatly increased opportunities of interpersonal contact transmission. Furthermore, there was an obvious upward trend in the 31 - 40-year-old group than in the 21 - 30-year-old group. These might be due to greater working pressure, lack of regularity of life, and more dinner for social intercourse, which resulted in a higher chance of infection. Thus, prevention should be made early. Good personal hygiene habits should be developed and diet should be monitored to reduce the H. pylori infection. With the further increase in age, the infection rate of people over 80 years decreased (31.2%), which may be due to medications, decreased social activities, and more attention given to the health and diet by the elderly people. In addition, due to the small sample size in this group, there might be deviations in the statistical results. Thus, further studies with larger sample sizes should be conducted.

5.3. The Relationship Between Helicobacter pylori Infection and Personal Lifestyle or Habits

Studies have reported that drinking unboiled water and eating raw vegetables and fruits may increase the H. pylori infection rate (18-20). The results of the present study revealed that the H. pylori-positive rate increased in populations who often consumed seafood, which may be associated with eating raw seafood and increased exposure to contaminated seafood. In this investigation, dogs are the main home-reared animals, and it was found that the positive rate of H. pylori infection was higher in populations rearing dogs. Epidemiological data revealed that rearing dogs is a risk factor for H. pylori infection (21) and it was inferred that dogs may be the potential storage source of bacteria.

5.4. The Relationship Between Helicobacter pylori Infection and General Social and Economic Conditions

The results of this study revealed that the rate of infection was low among people who previously took an H. pylori test, as they have higher cognition of H. pylori, so that they have good dietary habits, reducing the chance of H. pylori infection. The present study found no significant differences in H. pylori infection rates between patients with diabetes and coronary heart disease and the general population, that is not consistent with previous reports (5, 35, 36). In the future, larger sample-sized, randomized, double-blinded, and more in-depth studies are required to explore the relationship between H. pylori infection and cardiovascular disease in the Binhai area. In addition, H. pylori strains should be isolated to perform a virulence analysis.

In summary, the present study showed that the positive risk factors for H. pylori infection included male gender, smoking, drinking wine, eating out, eating seafood, eating pickled food, eating salt, drinking tea, keeping animals, poorer economic situation, lower income, marriage, and lower degree of culture while the negative risk factors were eating beans, eating uncooked garlic, eating vinegar, and eating spicy food. The prevalence of H. pylori infection and its related factors in the population of the Tianjin Binhai area were investigated for the first time in this survey. Our results revealed that H. pylori infection was related to education level and marital status. Furthermore, the relationships between health habits, diet, high blood pressure, gastrointestinal symptoms, and H. pylori infection needs to be further studied. By increasing the awareness of healthy diet among people, the promotion of personal hygiene habits, and the development of the people’s awareness of H. pylori infection, along with the development of the economy, we believe that the infection rate of H. pylori would show a downward trend year by year.