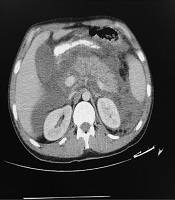 Rapid diagnosis in patients with acute pancreatitis is essential to optimal therapeutic outcomes. Upon clinical suspicion, various methods could be used to confirm the diagnosis based on the symptoms and examinations. Laboratory tests are an important diagnostic method in this regard based on the increased serum amylase/lipase. In this study, we described the case of a 31-year-old male patient presenting with the clinical signs of pancreatitis with normal amylase and elevated triglyceride in the follow-up. In case of strong clinical suspicion, other tests and diagnostic methods are recommended to confirm acute pancreatitis.

In this case study, we described the history of the disease in contrast to the common cases (i.e., normal enzymes) with different radiological evidence supporting acute pancreatitis.

Our patient was a 31-year-old man presenting with abdominal pain and two periods of biliary vomiting and food intolerance. The patient’s pain was predominantly perceived in the right half of the abdomen and epigastrium. The patient also had a fever and chills and no history of melena, hematemesis, and any specific diseases. However, he had a history of opium and alcohol use.

Baseline vital signs included the blood pressure of 115.65, pulse rate of 120, respiratory rate of 30, and temperature of 38°C. Initially, the patient was fully conscious and oriented despite appearing restless on physical examination. He also had normal heart sounds without heart murmur, and the lungs had normal hearing as well. There was tenderness on the right abdomen and epigastrium and no organomegaly on the abdominal palpation. Neurological examinations were normal.

No specific pathological findings were observed in the lung scan of the patient. 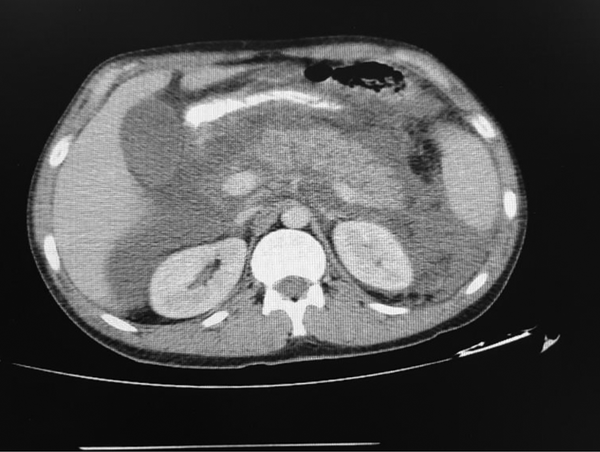 Ultrasound was performed for the free fluid in the splenorenal space and Morrison’s pouch, and the pancreas was observed to be heterogeneous and larger than normal. Furthermore, there was evidence of perivascular inflammation and inflammatory changes around the pancreas, extending to the right anterior parenchyma with the less involvement of the left anterior parenchyma caused by acute pancreatitis. The liver had normal dimensions and echo, the gallbladder was without stones and slug of intrahepatic bile ducts, and common bile duct was normal as well.

As mentioned earlier, triglycerides were measured, and the level was estimated at 1,415 (normal < 150).

Due to respiratory distress and seizures, the patient was intubated in the emergency section upon admission to the ICU. After eight days, the patient was extubated and transferred to the ward. Notably, the patient had an early admission to the dialysis ward due to aneuria and hypercalcemia, and endocrine counseling was provided for the high triglycerides; no apheresis was required. After stabilization, the patient underwent an endoscopic ultrasound, and after several days of antibiotic treatment, he was discharged in good overall condition and advised to refer to an outpatient clinic after one week.

According to our findings in this case report, the use of other diagnostic methods seems essential to imaging and ultrasound where there is strong clinical suspicion (Figure 2). 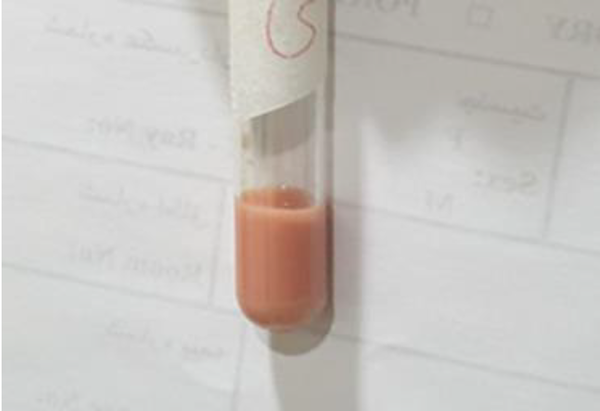 Hereby, we extend our gratitude to professor Dr. Ali Bidari for his valuable contributions to this research project.