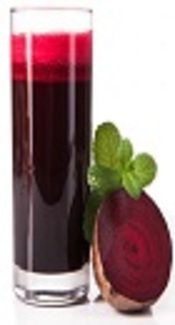 Since beetroot juice consumption has significant effects on the levels of some hematological parameters in female soccer players, it can be used to prevent and improve anemia among these athletes.

Soccer is one of the most favorite sports played by men and women with different levels of fitness. Soccer players cover a distance of 10 - 12 km. Cardiorespiratory endurance is one of the main elements of physical ﬁtness (1). Aerobic ﬁtness shows an integrated action with cooperation from the lungs, heart, blood and active muscles. More recently, it is believed that hematological parameters may also play a vital role in anticipating optimal performance in soccer players. Hematological parameters are affected by several factors include training, age, sex, ethnicity, nutrition, and altitude (2). Anemia is a common disorder among adolescent women regardless of levels of physical activity and defined as a decreased concentration of blood hemoglobin. It has a variety of converging contributing factors including nutritional, genetic and infectious disease factors (3). Although many causes of anemia have been known, it is believed that iron deficiency is an important cause. Iron is an important element that makes up the heme molecules of hemoglobin in red blood cells, allowing for oxygen transportation and utilization (4). During anemia, deﬁned as a deﬁciency of red blood cells, a decrease of hemoglobin impairs oxygen delivery to the tissues, predisposing to performance decrements despite a compensatory increase of cardiac output (5). Yet, elite athletes, especially female soccer players have a higher risk of iron depletion during intensive training due to several possible mechanisms (i.e. intravascular/foot-strike hemolysis (4, 6), ischemia to the viscera (7) or frequent nonsteroidal anti-inflammatory drug use (8) which may promote gastric lesions (7), loss of iron through urine caused by renal ischemia (6), menstrual cycle, etc. Evidence propose that depletion of iron stores are associated with decreased aerobic performance. Detection of depleted iron stores in early stages seems to be a successful intervention for preventing iron deﬁciency and anemia (9). Adolescent female soccer players with anemia have a diminished athletic performance. Nutritional supplements and organic materials are best for eliminating iron depletion and anemia in female soccer players. Beetroot (Beta vulgaris L.) is a main source of iron, nitrate, sodium, potassium, and betalain among vegetables (10). Lowering blood pressure by dilating the blood vessels and relaxing smooth muscles, treating anemia by increasing the blood count and improving blood circulation and the oxygen-carrying capacity of erythrocytes (red blood cells), preventing birth defects by increasing folate and folic acid, preventing hypertension and strokes, cleansing the intestines, reducing kidney stones, improving rheumatoid arthritis, gout sand improving menstrual problems are the benefits of beetroot juice intake (11). According to Bakhru, author of “Foods That Heal”, beetroot juice is particularly beneficial for treating anemia in children and teenagers. Easton Patrick (2011) believes that consuming beetroot juice or cooked beet in salads is highly beneficial in treating anemia. Nirman Walker (2010) claimed that beetroot builds red corpuscles with betalain and adds tone to blood by increasing hemoglobin levels. The cost is low as compared to other iron-rich vegetables and it is easy to store (12). Thus, the aim of this research was to evaluate the effects of 6 weeks beetroot juice (Beta vulgaris L.) consumption on hematological parameters in female soccer players.

The study was conducted at Razi University, Kermanshah, Iran. The research design was a kind of semi-experimental design. The study protocol received ethical approval from the Faculty of Sports Sciences Ethics Committee at Razi University.

Written permission was obtained from the subjects after explaining the purpose of the study. None had any known food allergies, thalassemia (minor, major), blood cancer, unknown blood diseases, previous history of renal, gastrointestinal or cardiovascular complications or any other contraindications to the study procedures. Subjects were asked not to use supplements, coffee, energy drinks (13) and drugs that affected the blood profile such as anticoagulant drugs like heparin, antiplatelet drugs like aspirin, thrombolytic drugs like streptokinase, drugs for treating anemia like iron and folic acid, and drugs for treating bleeding like thrombin. Subjects had the same diet and ate food provided by the central canteen at Razi University.

The sample size selected for this study consisted of 20 adolescent female soccer players’ 23.13 ± 0.77 years old, BMI: 23.05 ± 1.01 kg/m2, playing in the Razi University soccer team. Subjects were divided into two groups randomly (experimental and control: n = 10). In the first session, blood samples were collected in fasting mode. Beetroot juice and placebo (water, carmoisine food coloring and stevia = 200 mL) were given to subjects 2 hours before they started their training (14).

Background variables used in the questionnaire to collect data from the female soccer players included their age, type of family, family income per month, number of children in the family, type of diet, meals per day, and menstrual cycle; they were also asked if their diet contained more vegetables, if they had suffered from anemia before, and if yes, were they taking any treatment.

Training sessions were held three times a week for 90 min each; following general and special warm-ups (dribbling, shooting, etc.) the participants did their preparation programs before soccer competitions between universities.

Before and after treatment, blood (10 mL) was collected from the antecubital vein with a 22-gauge needle and placed in test tubes containing an anticoagulant substance. This was taken to the laboratory to measure the hematological parameters (Hb, Hct, RBC, Iron, MCV, Ferritin and TIBC). Test tubes were utilized for a complete blood count with the UDI hemolysis machine. Blood separation was performed by centrifugation at 3000 rpm for 15 min. The levels of Hb, Hct, RBC, iron, MCV, ferritin and TIBC in pretest and posttest were compared.

Changes in hematological parameters (Hb, Hct, RBC, iron, MCV, ferritin and TIBC) before and after treatment in the experimental and control groups are shown in Table 2.

Table 2. Hb, Hct, RBC, Iron, MCV, Ferritin and TIBC Values Before and After Beetroot Juice Consumption in the Experimental and Control Groups

Table 2 shows the results of laboratory investigations for Hb, Hct, RBC, iron and MCV from blood samples of the subjects before and after 6 weeks beetroot juice consumption during soccer training. After the administration of 6 weeks beetroot juice consumption, significant improvements were observed in (Hb, Hct, RBC, iron and ferritin) levels of subjects (P < 0.05), whereas there was no significant improvements in (MCV, TIBC) levels (P > 0.05). In the control group, there were significant differences in (Hct, iron, ferritin, TIBC) levels (P < 0.05), but there were no significant differences in (Hb, RBC, MCV) (P > 0.05).

Anemia in association with iron deficiency has serious implications (18). The earliest stage of iron deficiency is iron depletion. The most advanced stage of iron deficiency is iron deficiency anemia. It is characterized by decreased or absent iron stores, low serum iron and hemoglobin concentrations. Hemoglobin determination is one of the most convenient assessing methods in anemia (15). Beetroot is a source of substances and minerals. In this study, we recorded obvious increases in Hb, Hct, RBC, iron and ferritin levels after taking 200 mL beetroot juice for 6 weeks. This was consistent with the study conducted by Indhumathi and Kannikaparameswari stating that B. vulgaris made significant increases in packed cell volume (PCV), hemoglobin concentrations, and red blood cell counts (RBCs) (19). Thus, it can be stated that the consumption of beetroot juice can be beneficial for maintaining good health and enhancing athletic performance, with some therapeutic properties for eliminating anemia in female soccer players. So, it is recommended that adolescent female soccer players put beetroot juice in their diet. A glass of red beetroot juice a day will not only provide the body with the required nutrients, but may also protect and prevent anemia.

We would like to extend our thanks and acknowledgments to all the respected colleagues who cooperated in this study, especially Dr. Azizi and Dr. Tahmasbi, assistant professors at the Department of Sports Sciences, Razi University of Kermanshah. This paper was extracted from a master’s thesis.

Copyright © 2018, Journal of Kermanshah University of Medical Sciences. This is an open-access article distributed under the terms of the Creative Commons Attribution-NonCommercial 4.0 International License (http://creativecommons.org/licenses/by-nc/4.0/) which permits copy and redistribute the material just in noncommercial usages, provided the original work is properly cited.
COMMENTS