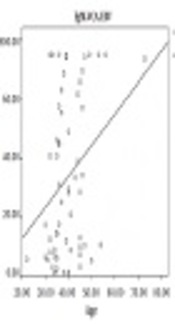 Patients with AIDS are at risk for contagious infections such as Epstein-Barr virus (EBV) infection.

The aim of this study was to determine the prevalence of EBV infection in HIV-infected patients and compare it with healthy individuals in Hamadan province in the west of Iran.

The high prevalence of EBV infection in HIV-infected patients, especially in the patients with a low CD4 count, could lead to high risk of EBV complications.

Acquired immune deficiency syndrome (AIDS) pandemic is a global emergency and one of the biggest challenges in social life of HIV-infected patients. It can deteriorate health, development, safety, and cultural, social and economic growth of people around the world and has an adverse impact at all national, social, family and individual levels (1). Since 2000, AIDS has been one of the most important global issues and the sixth Millennium Development Goal (MDG) recommended stopping its epidemic and inversing it by 2015 (2).

Depletion of cell mediated immunity in HIV-infected patients, can lead to variety of infectious and non-infectious diseases from a mild viremia to severe impairment of immune system and life-threatening opportunistic infections and malignancies associated with AIDS (3, 4).

Due to reduced immunity levels in persons infected with HIV, they are prone to opportunistic infections. Also, these opportunistic infections play an important role in their mortality and disability. EBV is one of the most important viral infections in HIV positive patients. EBV is associated with cancers such as Burkitt lymphoma, non-Hodgkin lymphoma and Hodgkin lymphoma and nasopharyngeal carcinoma in HIV infected patients. EBV is also associated with throat cancer, esophageal and stomach cancer and malignant dendritic and follicular cells (8-10).

In a case control study, Cochran’s formula was used for calculating sample size according to Ling et al. study (9) with 0.80 confidence level and 0.05 margin of error. Sixty-one patients with HIV infection presenting to Behavior Consulting Center (BCC) and a total of 62 healthy people as a control group, presenting to Razi Laboratory in Hamadan, Iran were enrolled. The study was conducted from April 2015 to June 2016.

After obtaining written consent, an infectious disease specialist examined each HIV-infected patient and demographic (age and sex) and clinical data were entered into the questionnaires. Then the results of laboratory tests were added to the questionnaires by a pathologist. Two 5 mL blood samples were taken from each patient and sent to Shohada Clinical Laboratory in BCC for CD4 cell counts by flow cytometry and to Razi Laboratory (Hamadan, Iran) for measuring IgG and IgM viral capsid antigen (VCA) antibodies for EBV, respectively. The control group of healthy subjects who presented to Razi Laboratory were matched with patients for age and sex and singed consent forms before 5 mL blood samples were collected for lab tests, and the questionnaire data were entered.

CD4 cell count was conducted by CyFlow Counter and CD4 easy count kit reagents of Sysmex and the results were presented as cells/µL blood sample. HIV positive patients were categorized into three groups according to the CDC criteria as group 1 with CD4+ < 200 cells/µL, group 2 with 200 < CD4+ < 500 cells/µL and group 3 with CD4+ ≥ 500 cells/µL (6).

Antibodies against VCA of EBV were measured with Liason Auto-Analyzer Chemiluminescence System and Diasorin kit (Italy) to measure EBV (VCA) IgG and IgM. The measuring unit was U/mL. Normal range for IgG is 0 to 750 U/mL and normal range for IgM is 0 to 160 U/mL. Moreover, VCA IgM less than 20 was negative, but VCA IgM 20 - 40 and VCA IgM more than 40 were equivocal and positive, respectively. VCA IgG less than 20 was negative and more than 20 was positive.

All the statistical analyses were calculated using SPSS (version 16) at the 5% level of significance. The study was approved by the Ethics Committee of Hamadan University of Medical Sciences (UMSHA.REC.1394.95 IR).

Table 1. Comparison of the Mean of EBV-VCA IgG and IgM Antibody Titer in HIV Patients with the Control Groupa

aValues are expressed as mean ± SD unless otherwise indicated.

There was no statistically significant between the EBV-VCA IgM positive ones by gender in HIV positive cases (P = 0.7).

Table 2. Comparison of Mean of EBV-VCA IgG Antibody Titer in Different Stages of HIV Infection Based on CD4 Cell Counts (According to CDC)

In HIV infected patients, the Pearson’s correlation coefficient showed an inverse and incomplete association between age and EBV-VCA IgG, which was not statistically significant (P = 0.7, r = -0.045) (Figure 1). In addition, an inverse and incomplete Pearson’s correlation coefficient relationship was observed between age and EBV-VCA IgM in the control group, which was not statistically significant (P = 0.7 r = - 0.45) (Figure 4). Of 61 HIV- infected patients, 37 (60.7%) were treated, all of whom were EBV-VCA IgG antibodies positive, and the rest of them were 100% positive, but there was no statistically significant relationship (P = 0.7). There was a significant association between the antibody titer and antiretroviral therapy (ART), and in people who had been received ART, the mean of EBV-VCA IgG antibodies titer was higher (P = 0.004) (Table 3).

Table 3. Comparison of Mean of EBV-VCA IgG Antibody Titer in HIV-Infected Patients Who Received ART and Those Who Did Not

EBV infection is one of the important factors associated with cancers such as Burkitt lymphoma, non-Hodgkin’s and Hodgkin’s lymphoma and nasopharyngeal carcinoma, which have been reported in patients with AIDS (11, 12). So, it is important to know the prevalence rate of EBV infection to control morbidity and mortality of HIV infected patients and prevent its complications. We enrolled 61 HIV-infected patients (mean age: 39.75 ± 8.86 years) and 62 healthy persons as control group (mean age: 39.61 ± 7.80 years). Abdollahi et al. in 2014 studied 114 HIV-infected patients and 114 healthy controls for EBV infection. The mean age of the patients was 37.48 ± 1.01 years (range: 15 - 78 years) and that in the control group was 36.93 ± 2.03 years. The majority of the patients were male (70.2%) (13). The results of this study are consistent with our study.

In the present study, blood samples of 61 patients (100%) were positive for EBV-VCA IgG antibody, and in the control group, of 62 people, 57 (91.9%) were positive. These results indicated a higher prevalence of EBV infection in HIV infected patients. Fellner et al. in 2006 analyzed circulating EBV levels at the different stages of HIV infection and showed that EBV detection was similar in all groups with CD4+ T cell counts higher than 50/mm3 (P > 0.05), and was significantly higher than in patients with less than 50 CD4+ T cells/mm3 (P < 0.05) (14).

In the current study, there was no statistically significant relationship between the prevalence of positive EBV-VCA IgM antibodies in patients and controls. Absence of positive IgM in HIV-infected patients can be due to the impaired immune system and previous infection with EBV because with normal immune system, a person may not infected or may be affected recently (1.8% of control group were IgG-negative and 2.3% IgM-positive)

Age and gender did not have a statistically significant relationship with the rate of positivity of EBV-VCA IgG and EBV-VCA IgM antibodies (13). However, EBV-VCA IgG titer increased with age in the control group.

In the current study, we did not find a statistically significant relationship between CD4 cell count and prevalence of EBV-antibody positivity, but lower CD4 cell counts in HIV-infected patients came with increased EBV-VCA IgG antibody titer. Our results were at variance with the results of Fellner et al. (14) and Ling et al. (9). This difference may be due to the high prevalence of EBV in Iran. Another reason can be the small sample size of our study.

In the present study, all patients who received antiretroviral therapy (ART) were positive for EBV-VCA IgG antibody, like those without ART, but the mean of EBV-VCA IgG antibody titer was significantly higher in patients who received ART. Stevens et al. also reported no statistically significant relationship between receiving ART and EBV-DNA load in HIV-infected patients (P = 0.7). However, patients with high levels of EBV-viremia showed greater levels of anti VCA-IgG than patients with no EBV- DNA in the peripheral blood (P < 0.0001) (17).

In another study by Dias et al. on HIV-infected patients with oral hairy leukoplakia, oral lesions persisted after treatment with ART, which indicates that ART has no effect on the incidence of lesions caused by EBV. Also, the patients who received ART did not show a significant difference in the prevalence of EBV with patients who did not receive ART, which indicates that ART is not effective in decreasing the prevalence of EBV (18).

According to the results of this study, the prevalence of EBV in HIV-infected patients was higher than that of the healthy controls and there is a relationship between the reduced CD4 cell counts and ART with rising EBV VCA-IgG antibody titer. However, there was no significant relationship between variables of age, gender and ART and the prevalence of EBV infection. Due to the complications caused by EBV which can be accrued in immune deficiency, it is recommended for all HIV-infected patients to investigate for co-infection of both viruses.

Copyright © 2019, Journal of Kermanshah University of Medical Sciences. This is an open-access article distributed under the terms of the Creative Commons Attribution-NonCommercial 4.0 International License (http://creativecommons.org/licenses/by-nc/4.0/) which permits copy and redistribute the material just in noncommercial usages, provided the original work is properly cited.
download pdf 206.88 KB Get Permission (article level) Import into EndNote Import into BibTex
Number of Comments: 0