Is Morning Prolactin Level Sufficient for Diagnosis of Mild Hyperprolactinemia? 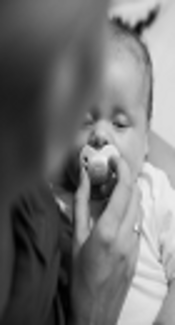 Taking into consideration the pulsatile secretion of prolactin, a single prolactin measurement may not be adequate to confirm abnormal prolactin level.

The present study aimed to compare prolactin serum levels in the morning and in the evening in women suspected of hyperprolactinemia.

This descriptive cross-sectional study recruited women presenting to the laboratory for measurement of prolactin. In patients with symptoms of hyperprolactinemia and elevated early morning serum prolactin, a new sample was obtained in the evening. Women with a clinical history of hyperprolactinemia, pituitary adenoma and galactorrhea were excluded. Prolactin was measured by chemiluminescence method. A P value less than 0.05 was defined as statistically significant.

Prolactin levels of women were significantly higher in the morning than those in the evening. In 42% of the patients with borderline morning hyperprolactinemia (about twice the normal upper limit), evening prolactin levels return to normal. Therefore, single measurements may not be enough for the diagnosis of hyperprolactinemia and a criterion for treatment, particularly in the absence of galactorrhea in women with abnormal uterine bleeding.

Prolactin (PRL) is a 198-amino acid protein (23-kd) produced in the lactotroph cells that constitute 20%-50% of anterior pituitary gland. Prolactin’s primary role is to promote breast milk production. However, prolactin also binds to specific receptors in the gonads, lymphoid cells, and liver (1) and therefore, it may play multiple homeostatic roles in the organism. The anatomical and physiological studies show hypothalamic and dopaminergic systems are responsible for regulating prolactin secretion (2). Serum prolactin levels will increase transiently after stress, exercise, eating, sexual intercourse, minor surgical procedures, anesthesia, thoracic trauma and acute myocardial infarction. PRL secretion may also depend on gender, age, BMI, core temperature and sex-steroid concentrations (2-6). Women experience a circadian variation in prolactin level, which depends on menstrual phase. During the follicular phase, prolactin levels rise in the late biological afternoon and during the luteal phase, prolactin concentrations peak in the late biological afternoon/early evening (7). Irregular menstruation, oligomenorrhea, amenorrhea, galactorrhea and infertility are the most important signs of hyperprolactinemia in women. Galactorrhea is seen in about 80% of women with hyperprolactinemia (8). Patients may also complain of overweight, reduced libido and mild hirsutism (3, 8, 9). Prolactin secreting adenoma (prolactinoma) is the most common cause of elevated prolactin levels greater than 200 µg/L. Lower prolactin levels may also be seen in microprolactinomas, medication side effect (antipsychotics and antidepressants), pressure on the pituitary stalk, hypothyroidism, renal failure or cirrhosis. Baseline fasting measurement of morning level is essential for evaluating increased secretion of prolactin, which is normally less than 200 µg/L. It is possible to have false positive or false negative results. In patients with increased prolactin levels (more than 100 µg/L), results may be falsely low due to measurement problems, dilution of samples is essential for accurate assessment of high levels (10). When using conventional methods for measuring prolactin, we should consider macroprolactin in the differential diagnosis of hyperprolactinemia in order to avoid unnecessary diagnostic and therapeutic interventions. Furthermore, TSH and T4 should be evaluated to rule out hypothyroidism (2).

Prolactin is secreted in a circadian and pulsatile pattern (13 - 14 times per day) with the highest secretion during the rapid eye movement stage of sleep (10). Maximum serum prolactin level occurs between 4 and 6 am (up to 30 µg/L). Half-life of prolactin is about 50 minutes in the blood circulation (3, 11). Hyperprolactinemia during sleep returns to normal value one hour after waking up (11-14). Therefore, serum prolactin level reaches its maximum in the early morning hours, returns to the normal value one hour after waking up, and is lower in the evening than that in the morning. An initial prolactin level above the normal range should be repeated in a fasting state in the morning. However, no method of interpreting prolactin serum level has yet been established (15). Some authors believe that a single prolactin measurement is adequate for evaluating prolactin (16, 17). Lewandowski report that a substantial proportion of patients found to have an increased prolactin level on a single testing are subsequently found to have normal prolactin levels (18). It is recommended that screening for hyperprolactinemia includes three specimens be obtained at 20- to 30-minute intervals. Each sample can either be analyzed separately or be pooled into a single specimen (19). The patient is usually not willing to sampled several times. On the other hand, if the morning serum prolactin level is normal in a single sampling, it is not necessary to sample several times. Endocrine Society guidelines recommend screening using a single determination, collected at any time of day, and reserving the above option for doubting conditions (10).

This study was designed to evaluate prolactin changes between morning and evening in women with mild morning hyperprolactinemia and suspicious uncertain symptoms given the variety of causes and presentations of hyperprolactinemia, its circadian pattern, the lack of a standard method for analyzing its serum levels and finally, controversies about the usefulness of a single blood sample to determine the exact amount of prolactin secretion. Remeasurement of this hormone in the evening may help in the diagnosis of true hyperprolactinemia, especially in women without galactorrhea.

In this descriptive cross-sectional study, women with symptoms suspected of hyperprolactinemia including abnormal uterine bleeding (AUB) without galactorrhea and presenting to the laboratory for measuring prolactin at in the early morning (7 to 9 am) were recruited if their serum prolactin levels were higher than normal (about twice the normal upper limit). Sampling was performed in the fasting state and one hour after waking up with preanalytical considerations including 30 minutes rest before sampling. After taking history, patients with a clinical history of hyperprolactinemia, pituitary adenoma (confirmed by imaging study), galactorrhea, physiological conditions with hyperprolactinemia, medication or stimulation leading to increased prolactin and breast manipulation before taking samples, were excluded. Also, patients who received oral contraceptive pill or other contraceptives were excluded from the study. In the next step, patients with morning hyperprolactinemia and AUB underwent imaging study (MRI) and those with pituitary adenoma were excluded. A total of 109 women suspected of hyperprolactinemia were enrolled. Then patients with normal MRI underwent a second sampling in the evening (5 to 7 pm), four hours after lunch, if they agreed to undergo resampling with pre-analytical considerations including 30 minutes rest before sampling. The emphasis of this study is on women with AUB, so the menstrual phase could not be determined at sampling time.

Prolactin was measured by chemiluminescence method using a commercial kit (Diasorin, the USA) and Liason device after calibration with its exclusive calibrator. The unit of measurement is (ng/mL) and conversion factor to µg/L is x1. According to the data sheet of the kit, normal prolactin level was defined up to 25 µg/L for female, regardless of the time of sampling in the morning or evening. Analytical imprecision of prolactin in terms of CV was 6.2% which was measured by twelve replicates of one sample in one assay.

The protocol of this study was approved by the Ethics Committee of Hamedan University of Medical Sciences with accession number: IR.UMSHA.REF.1141, and written informed consent was obtained from all individuals involved.

Statistical analysis was performed using SPSS version 16.0. The data are presented as means ± standard deviations (SD). Paired t-test was used to compare the difference in prolactin levels in the morning and in the evening according to normality of the distribution of variables and the significant level was considered 0.05.

The mean values of morning and evening prolactin levels were 48.64 µg/L and 30.39 µg/L, respectively with normal distribution. This difference was statistically significant (P < 0.001) (Table 1).

Age had no significant relationship with percentage of reduction in evening prolactin levels compared to the morning (P = 0.96).

After measuring the mean level of morning and evening prolactin levels in patients with morning hyperprolactinemia, it was found that 14.68% of women had normal mean prolactin levels which remained high in most of them.

Also, the mean levels of prolactin were normal only in the 30.77% of women who had normal evening prolactin levels.

Prolactin is often measured in the early morning hours along with other tests that require fasting and is affected by the physiological morning peak. So, it can be falsely higher than the normal range and can lead to unnecessary treatment in symptomatic patients with AUB. Lewandowski claimed that a significant proportion of patients have elevated PRL concentrations if blood sample is taken around the opening hours of the laboratory and finding of a raised PRL concentration usually generates unnecessary investigations (18). The present study aimed to evaluate the importance of mild morning hyperprolactinemia in patients with AUB in the absence of certain signs and symptoms of hyperprolactinemia including galactorrhea or pituitary adenoma.

In this study, 109 women with suspicious symptoms and morning hyperprolactinemia were studied. The most prevalent chief complaints were menstrual irregularity. The mean age of patients was 27.96 years. The mean serum level of prolactin was 48.64 µg/L in the morning and 30.39 µg/L in the evening (5 - 7 pm). Similarly, in the study of Lewandowski 55 women with symptoms of hyperprolactinemia and a mean age of 33.07 ± 13 years were studied. They stated that the early morning (2, 5 and 8 am) mean prolactin levels were more than those of 11, 14 and 17 o’clock (18). The main finding of our study (variations in morning and evening mean prolactin level) was close to what was stated by Lewandowski.

Our data is also in agreement with Sassin et al. who revealed obvious diurnal changes in serum prolactin concentrations. In their study the highest prolactin levels was observed during sleep and in the early morning (20).

We did not find any studies on the effect of timing in prolactin sampling on decision to start treatment for patient with borderline values. However, Lewandowski mentioned that individual diurnal variation of prolactin concentrations, when sampling is performed on the descending arm of the nocturnal peak of secretion, can lead to a raised PRL concentration and additional unnecessary investigations (18).

Variations of prolactin value and its standard deviation in the samples are secondary to various known and unknown conditions that affect prolactin levels. However, to confirm our findings, further studies with a larger sample size are needed.

We suggest another study with an age-matched control group without any signs and symptoms of hyperprolactinemia for comparison of their morning and evening prolactin levels with the case group, for more powerful results.

This paper was extracted from a PhD thesis by Mohammad Chehreghani. Razi Pathobiology Laboratory is acknowledged for prolactin measurement.