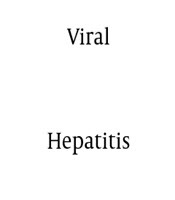 The Prevalence of Hepatitis B and C Virus in Healthy Women in Zakho City, Kurdistan Region of Iraq: A Brief Report

Infections with hepatitis B virus (HBV) and hepatitis C virus (HCV) are major global public health problems. Infection with such viruses is commonly associated with liver cirrhosis and hepatocellular carcinoma.

The aim of this study was to determine the prevalence rate of HBV and HCV in women in Zakho City, Kurdistan Region of Iraq.

A cross sectional study was performed in Zakho City, Iraq between January 2019 and October 2019. A total of 2223 females aged between 18 to 52 years old were included in this study. ELISA test was used to determine HBsAg, HBc IgG, and HCV antibodies positivity. HCV positive samples were then confirmed by Xpert HCV quantification assay.

The low prevalence rate of HBV and HCV infection among women in Zakho City was less than that reported in other studies. Population-based study is needed to estimate the prevalence of infection.

Viral hepatitis, particularly HBV and HCV, is a global health issue (1, 2). Nowadays, more than 300 million patients are infected with HBV and around 100 million patients are infected with HCV. Chronic infection with HBV and HCV is associated with deleterious consequences such as liver cirrhosis and hepatocellular carcinoma (1, 2). The death toll of chronic hepatitis is around 500,000 live, annually (1, 2). The prevalence of HBV is ranging from around 1% in developed countries to around 10% Southeast Asia (3). Besides, the prevalence of HCV is ranging from as high as 10% in Egypt to around 1% in industrialized world (1, 2). The World Health Organization (WHO) targets the elimination of viral hepatitis as a public health problem. This can be achieved by the reductions of new transmissions of viral hepatitis and the reduction of mortality from the infection (4). To achieve this in individual country, the epidemiology of the infection should be studied to determine the size of problem. In Kurdistan Region of Iraq, the prevalence of HBV and HCV has been studied previously (5-8). Careful examination of those papers reveals that recruited samples were male predominant.

The aim of this project was to study the prevalence of HBV and HCV in women in Kurdistan Region of Iraq.

A cross sectional study was conducted in Zakho City between January 2019 and October 2019 recruiting female volunteers. The sample were collected through a campaign conducted by mobile teams of medical students. The mobile team established a center in the city center of Zakho City for sample collection. Besides, samples were collected from women who visited premarital screening centers in Shabania Hospital, Zakho City. The inclusion criteria included female aged 18 years old or older who are apparently healthy and agreed to participate in the study. Five milliliter blood was collected form each subject using 5 cc syringe and needle. Then, the samples were centrifuged at 1500 rpm for 5 min.

Commercial ELISA kit (DIA.PRO diagnostic Bioprobes ELISA kit, Italy) was used to test HBsAg, HBc IgG, and HCV antibodies positivity. The assay was performed following manufacturer’s instruction. In short, micro-well plate was coated with specific monoclonal antibodies. The serum of each patient was then added and incubated with the secondary conjugated monoclonal antibody. Finally, ELISA reader was utilized to measure the optical density.

HCV viral load was tested utilizing Xpert HCV quantification assay (Cepheid, Sunnyvale, California, the USA). For short, 1 mL of the sample was loaded into the machine cartridge. Amplification range of the Xpert HCV assay is 10 IU/mL to 108 IU/mL.

The study was approved by the Scientific and Ethics Committee, College of Medicine, University of Zakho, Kurdistan Region, Iraq. Written informed consent was obtained from all participants.

During the study period, 2223 women met the inclusion criteria and were recruited in the study. The average age of participants was 18 to 52 years old. Among the recruited sample, 12/2223 (0.54%) were positive for HBsAg. Then, to confirm the chronicity of the infection, HBc IgG was tested. All the patients showed positive HBc IgG result.

Among the recruited sample, 1/2223 (0.045%) sample was positive for HCV antibodies. To confirm HCV positivity, HCV-RTPCR was performed and the patient was positive.

Infection with HBV and HCV is associated with liver cirrhosis and hepatocellular carcinoma (9). The WHO has set an ambitious plan to eliminate the infection by 2030. According to the WHO, this can be achieved by 60% reduction in infection related mortality and 90% reduction in transmission globally (4). No population-based study has been conducted in Iraq and almost all prevalence studies in Iraq recruited a specific group such as blood donors and renal dialysis patients. Careful examination of those projects revealed that the majority of recruited samples were male (5, 6, 8, 10). We believed that there was a need for screening women to explore the prevalence of HBV and HCV in our society. In a previous study conducted in our region recruiting blood donors, the prevalence of HBsAg and HCV antibodies were 0.78% and 0.2%, respectively (6). In another study recruiting 566 candidates for police recruitment, HBs Ag and HCV antibody were 7.2% and 0%, respectively (7). In this study, the prevalence of HBsAg positivity was 0.54% which was lower than that previously reported (6, 7). Besides, HCV positivity was 0.045% which was comparable to previous studies in Iraq. The prevalence of HBV infection have been studied in other regions in Iraq (11, 12). In studies from the Middle Region of Iraq recruiting samples from Babylon and Najaf, the prevalence of HBV positivity was found to be around 0.7% (5, 8). In another study from Karbala City, the prevalence was found to be as high as 3.5% (5, 8). In another study from Southern region of Iraq, the prevalence of HBV was found to be 2.1% while HCV positivity was 0.1% (13). The differences in HBV prevalence rates among different regions of Iraq may attribute to the variation in the application of vaccine program. HBV vaccine was introduced as a part of expanded program of vaccination in late 1990s and was first introduced in the north. The vaccination program was then interrupted after the war in 2003 particularly in southern and middle regions, while the program continued without interruption in the North. To confirm the prevalence of HBV and HCV in Iraq, it is recommended that a population-based study should be conducted investigating the prevalence of the infection and related risk factors. This should be used as baseline information to implement a plan for HBV elimination. The low prevalence of HCV, the approval of new powerful medications for the treatment of the infection and the high success rate of direct acting anti-viral treatment may help elimination of the virus in our society (14, 15).

Copyright © 2019, Journal of Kermanshah University of Medical Sciences. This is an open-access article distributed under the terms of the Creative Commons Attribution-NonCommercial 4.0 International License (http://creativecommons.org/licenses/by-nc/4.0/) which permits copy and redistribute the material just in noncommercial usages, provided the original work is properly cited.
download pdf 86.25 KB Get Permission (article level) Import into EndNote Import into BibTex
Number of Comments: 0