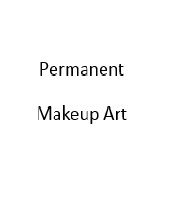 This piece is aimed at creating academic based overview for microblading, its historical origin and current uses.

With the rise of aesthetic beauty in Western Society, more individuals rely on advancing makeup techniques, with eyebrows gaining particular importance. Anastasia Beverly Hill Cosmetics is one of the current leaders in eyebrow products with their trademark pomade. Applying rich powders and gels however can prove difficult, since there is an underlying intricacy in creating two mirror image brows. For women with thin or absent eyebrows, painted strokes do not compensate for a lack of hair. For the above reasons, as well as convenience, a significant number of women have opted for a semi-permanent makeup.

Permanent cosmetic makeup is difficult to trace throughout history, especially with the disintegration of flesh as time passes on. However, Otzi the Iceman, a mummy with preserved flesh from centuries of icy entrapment in the Alps, exhibited 61 tattoos (1). This showed researchers that the art of tattooing had existed for at least 5,000 years. His tattoos were not for the purposes of makeup, but they did exhibit a history of inking. With regards to aesthetic principles of inking, it is believed that permanent eyebrow makeup existed at least since Cleopatra’s reign (2-4). Rich pigments were forced under the skin by sharp sticks and stones (2).

A more pronounced record can only be found in the twentieth century. In 1902, a famous British tattoo artist, Sutherland MacDonald, implemented first reported trace of permanent facial makeup (4, 5). Like with other forms of tattoos, there was an intense sense of stigma in the early part of this century when women of the “Roaring 20s” secretly elected for tattooed makeup against the high cost of traditional cosmetics. By the 1970s attitudes changed, eyebrow tattoos became more widely accepted and popular, and thus, correspondingly the popularity for tattooed makeup rose in the following decade (6). Apart from aesthetic purposes, the 1980s utilized the practice as a way to give eyebrows to patients suffering from alopecia and receiving chemotherapy treatments (7). To create more realistic form of permanent eyebrow makeup, Asian artists paved the way for a technique called microblading in the 1990s (8).

In modern day world, the term “microblading” describes a semi-permanent tattoo technique for eyebrow application. Unlike traditional tattoos which reach deeper layers of the dermis, microblading involves a more superficial deposition of pigment into the stratum basale of the epidermis or the initial layers of the dermis (8-10). Since it is a superficial pigment, it is expected to fade away after eighteen months. Its semi-permanent principles allow adorners to follow new trends as they arise. The technique involves tiny, feather-like strokes that resemble individual hairs to fill in and reshape the eyebrows (8-11). Another sister form termed “microshading” involves a tool to create a powder-like feel by using dots to stipple the eyebrow (11). After a session, the tattoo will darken, peel, and later lighten before turning into its true pigmented color one month later. Touch-ups are recommended every six months for color maintenance.

Roots of this underground practice have footnotes throughout human history, most notably recorded to be used by women of ancient Egypt. Due to stigma associated with tattoo practices, it is natural to see little record of it in the ancient literature and secrecy of practice by its adorners. For many women just like in the early part of 20th century microblading offers an inexpensive more elegant form of makeup that allow for perfect eyebrow arches and outlines that guide adorners to greater satisfaction and self-esteem. With Society of Permanent Cosmetic Professionals reporting an annual increase of eighty three percent of make-up enthusiasts seeking permanent eyebrows, microblading will continue to be a popular practice and secretly shape the arch of our society (12).

Copyright © 2019, Journal of Skin and Stem Cell. This is an open-access article distributed under the terms of the Creative Commons Attribution-NonCommercial 4.0 International License (http://creativecommons.org/licenses/by-nc/4.0/) which permits copy and redistribute the material just in noncommercial usages, provided the original work is properly cited.
download pdf 90.28 KB Get Permission (article level) Import into EndNote Import into BibTex
Number of Comments: 0