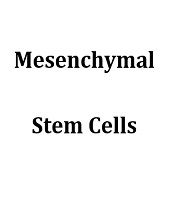 Mesenchymal stem cells (MSCs) are one of the most popular and important cells used in medical research and clinical studies in the past few decades. These cells can be characterized based on several parameters, including plastic attachment capacity, tri-lineage differentiation, and surface-specific marker expression. In addition, MSCs can be recognized by unique features, such as high proliferation and differentiation, immune-modulating capacity, lacked or low expression of immune response-related molecules (such as major histocompatibility complex [MHC] class II), angiogenic, and regenerative mechanisms. Moreover, by using the paracrine process, MSCs are capable of secreting a variety of growth factors and biomolecules with various functions, including the potential to induce proliferation and repair processes. Due to these valuable features, MSCs have been administrated by researchers and clinicians for disease and injury treatment. In addition to MSCs, the MSC-derived condition medium also may be considered an appropriate option for cell therapy (1).

According to evidence obtained from a retrospective analysis, it was recognized that more than eight million people were reported with infected or without infected wounds in 2018 (2). This can result in billions (28.1 - 96.8 billion) of dollars in treatment costs (2). Wound healing is a complicated process that may include four stages: I. Hemostasis, II. Inflammation, III. Proliferation, and IV. Maturation (3).

These complicated processes could be accelerated by the use of mesenchymal stem cells due to paracrine mechanisms and their differentiation, anti-inflammation, and regenerative potentials (4). Besides the cells themselves, conditioned culture media provide capabilities for repairing and regenerating damaged tissues due to the secretion of growth factors and their bioactive substances, including cytokines (4, 5).

A research study performed by Joseph et al. reported that even allogenic and xenogenic use of MSC-derived conditioned media from caprine, canine, and guinea pig bone marrow could be a suitable option for healing wound defects with decreased scar production (1). The study by Joseph demonstrated that MSC-derived conditioned media may be considered an alternative for stem cell-based therapy to facilitate quality wound healing (1).

According to the results of preclinical studies and clinical experiments, it can be concluded that MSCs and their derived conditioned media offer hope for more effective cell-based treatments in wound healing in the future.

Copyright © 2019, Journal of Skin and Stem Cell. This is an open-access article distributed under the terms of the Creative Commons Attribution-NonCommercial 4.0 International License (http://creativecommons.org/licenses/by-nc/4.0/) which permits copy and redistribute the material just in noncommercial usages, provided the original work is properly cited.
2020-03-20 21:43:50
tnx