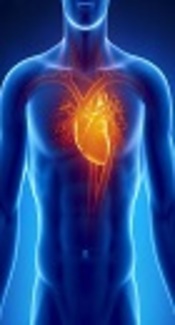 It seems that in the mechanically ventilated patients after heart surgery, PPV dynamic index is preferred to CVP static index to evaluate and maintain fluid volume.

The measurement of intravascular volume status to optimize the cardiac preload for the purpose of improving cardiac output and tissue perfusion is very important in caring critically ill patients (1, 2). But before the administration of fluids, assessment of patients’ response to increased fluid volume is necessary to prevent an unnecessary and harmful fluid imbalance. Volume administration can be done when we expect an increase in left ventricular stroke volume (3). In healthy individuals, increased preload by fluid administration, was associated with a significant increase in ventricular stroke volume. In contrast only 50% of hemodynamically unstable patients had an increase in ventricular stroke volume. Cardiac filling pressures, including the central venous pressure (CVP) and pulmonary artery occlusion pressure and other routine indexes such as urine output and arterial blood pressure have been traditionally used to guide fluid management. However, several studies have demonstrated that these parameters are unable to predict fluid responsiveness (4).

CVP is a good indicator of RV preload (4). Furthermore, because RV stroke volume determines LV filling, CVP is considered as an indirect measurement of LV preload. However, due to changes in venous tone, intrathoracic pressures and LV/RV compliance that occur in critically ill patients, there is a poor relationship between CVP and fluid responsiveness (4).

A dynamic index like arterial pulse pressure variation (PPV) is more accurate than static indices in predicting fluid responsiveness (5). PPV which shows changes in venous return and stroke volume during mechanical ventilation, predicts left ventricular preload reserve so that it can be used for fluid management (6).

This study was conducted in cardiac surgery intensive care units in Rajaie cardiovascular medical and research center between March 2015 to August 2015. The studied population was the patients who underwent open heart surgery CABG, valvular and combined surgery (valvular and CABG) following mechanical ventilation. 33 patients who met inclusion criteria were enrolled but 3 patients were excluded during study because of hemodynamic instability. Inclusion criteria were: Patients under anesthesia and mechanical ventilation with fixed settings and no change in controlled mode, tidal volume of greater than 8 mL per kilogram of body weight, sinus rhythm and age between 20 to 70 years.

This study was approved by our local ethical committee according to the Helsinki declaration of the world medical association (2000).

All patients were monitored using an arterial catheter. Transducers which were placed at the level of the fourth intercostal space in the mid-axillary were zeroed to atmospheric pressure. Due to the fact that any spontaneous breathing reduces the inside pressure of chest and results in false results in measured hemodynamic parameters, patients were sedated with propofol and opioids such as morphine.

Cardiac parameters were assessed using NICCOMO (Medizinische Messtechnik GmbH, Germany) with ACM technology by non-invasive methods continuously. The device is based on the method of Impedance Cardiography (ICG). ICG waves show changes in volume and velocity of blood in the aorta by creating variations in the thoracic impedance and are displayed as algorithms to provide key hemodynamic parameters non-invasively and continuously (NICCOMO, medis, https://medis.company/cms/?page=niccomo).

For volume expansion, we used crystalloid solution (ringer or normal saline) and colloid solution (Valoven 6%, gelatin, albumin 5%) in ratio of 2/1 via central vein catheter over 20 minutes by CVP and PPV monitoring. Hemodynamic parameters were measured immediately before and 5 minutes after the volume expansion. There were no changes in vasoactive and sedative infusions or to ventilator settings during the study period. Endotracheal suctioning and fluid or blood products administration were avoided during patients’ monitoring.

Data were expressed as mean values ± standard deviation for interval and count (%) for categorical variables. All variables were tested for normal distribution with Kolmogorov-Smirnov test. To study the changes of quantitative data before and after fluid administration, paired t-test was used. The ROC curve was used to determine the area under the curve (AUC), and the optimum cardiac index cut-off level. Statistical analyses were performed with SPSS (ver 15; SPSS Inc. Chicago, Illinois). P values < 0.05 were considered significant.

Table 2. Comparison of Hemodynamic Parameters Before and After Volume Expansion

3.3. Diagnostic accuracy of CVP and PPV

Diagnostic accuracy indices for PPV and CVP compared to gold standard are seen in Table 3. Our results show that PPV is more accurate than CVP for fluid responsiveness after cardiac surgery. Although PPV and CVP are the same regarding accuracy indices, PPV seems to be a more useful indicator of fluid responsiveness than PPV based on sensitivity and positive predictive value.

Table 3. Diagnostic Accuracy of CVP and PPV Compared with CI and TFC

An adequate volume expansion would decrease the risk of organ injury due to hypo-perfusion and hypovolemia, therefore it would avoid the risk of volume overload in patients who underwent cardiac surgery. Recently, goal-directed fluid management protocols were used to decrease the morbidity related to cardiovascular surgery. Several studies demonstrated that dynamic measures of preload responsiveness such as PPV are preferred to static preload parameters like CVP in fluid management (7, 8). But some other studies note to CVP as a simple and readily available measurement that can provide a useful guide to the management of hemodynamically unstable patients (2).

Our study showed that PPV during mechanical ventilation can be used to accurately predict fluid responsiveness after cardiac surgery. In contrast, CVP was a poor predictor of fluid responsiveness. Our findings show that although CVP had reached a considerable level after fluid administration, it was not in line with increased cardiac index and other cardiac functional indices. It can be concluded that increase in CVP cannot be effective in improving the prognosis of patients. Yazigi A et al. concluded that PPV, but not baseline CVP, can be used to guide fluid therapy especially in old patients with limited physiologic reserves (6). Nevertheless, dynamic preload monitoring like PPV has some limitations such as arrhythmia and patient condition without mechanical ventilation support (9).

Thoracic fluid content (TFC) is an indicator of total fluid volume, both intracellular and extracellular. Because it is measured noninvasively using impedance cardiography (ICG), has an exact reliable test and it is one of the cut point monitoring for prevention of fluid overload (11). In the current study, we found that TFC is an efficient indicator to predict fluid overload. So, the combination of noninvasive measurements of both TFC and CI obtained from the ICG monitor can help manage fluid expansion in patients after surgery.

In summary, in contrast to CVP, PPV is a reliable predictor of increased CI in response to fluid expansion during controlled mechanical ventilation in patients after cardiac surgery and it is a good index to manage fluid therapy in these patients and reduce postoperative morbidity and mortality caused by increased volume of fluid.

There are several hemodynamic indices used for fluid management such as stoke volume index, pulmonary capillary wedge pressure and mixed venous or central venous oxygen saturation since they are useful but they have some limitations in usage.

Copyright © 2017, Multidisciplinary Cardiovascular Annals. This is an open-access article distributed under the terms of the Creative Commons Attribution-NonCommercial 4.0 International License (http://creativecommons.org/licenses/by-nc/4.0/) which permits copy and redistribute the material just in noncommercial usages, provided the original work is properly cited.
download pdf 115.17 KB Get Permission (article level) Import into EndNote Import into BibTex
Number of Comments: 0