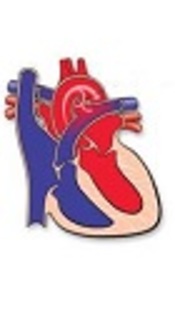 Shone syndrome is a rare congenital anomaly consisting of multiple levels of obstruction in the left side of the heart and aorta. In its complete form it comprises four types of lesions: (1) parachute mitral valve; (2) supravalvular ring of left atrium; (3) subaortic stenosis of either the muscular or membranous type; or (4) coarctation of the aorta. Shone complex is rarely associated with patent ductus arteriosus. Only two other cases of such association has previously been reported.

We report an 18 year old male referred to our center for aortic and mitral valve replacement who was a near complete case of Shone syndrome associated with a history of repaired coarctation and patent ductus arteriosus during infancy and subsequently repair of aortic valve at 3 years of age. Now he became symptomatic due to the progression of aortic stenosis and congenital mitral valve stenosis. Echocardiography revealed unicuspid aortic valve with severe stenosis and parachute mitral valve deformity with supravalvular ring resulting in severe mitral stenosis. The patient had undergone aortic and mitral valve replacements.

This rare case is a near complete form of Shone complex associated with patent ductus arteriosus.It is emphasized that when any form of left heart obstruction is encountered we should meticulously look for other associated lesions.

Shone complex or syndrome is a very rare congenital anomaly first described by Shone et al. in 1963, in which multiple levels of obstruction in the left heart and aorta coexist. These lesions were originally defined as: (1) parachute mitral valve; (2) supravalvular ring of left atrium; (3) subaortic stenosis of either the muscular or membranous type; or (4) coarctation of the aorta1. In the complete form all of the mentioned defects are present. Partial complexes have also been described. In clinical practice, other types of left heart lesions that are not mentioned by the original definition of Shone syndrome, are also considered as a part of this syndrome including mitral and aortic valvular lesions and supravalvular aortic stenosis2. We report an 18-year-old male with a near complete form of Shone complex.

An 18-year-old male was referred to our tertiary heart center for considerations about aortic valve replacement (AVR). He had a history of cardiac surgery of coarctation repair and division of patent ductus arteriosus (PDA) during infancy at 8 months of age after presenting with HF symptoms with a preoperation diagnosis of aortic coarctation, large PDA, aortic stenosis (AS), mitral stenosis (MS) and small ventricular septal defect (VSD). The AS, MS and VSD were not corrected. The child had been regularly followed thereafter until he became symptomatic at 3 years of age with dyspnea on exertion (DOE). Echocardiography at that time revealed severe AS with a unicuspid aortic valve (AV) leading to the second cardiac surgery of AV commissurotomy resulting in mild AS. He was then doing well in the following years until he became symptomatic again since a year ago with complaints of DOE and atypical chest pain. He was found to have severe valvular AS again and balloon valvuloplasty was considered but it was unsuccessful. Thus he was referred to our center for AVR. His general appearance was unremarkable with no obvious dysmorphic features. Blood pressure and distal pulses were normal and symmetric. A harsh 4/6 ejection systolic murmur best heard at the aortic area was audible with radiation to both carotid arteries. There was also an apical diastolic rumble. A systolic trill was palpable over the left upper sternal border. The remaining of physical examination was unremarkable. The chest X-ray was normal. The electrocardiogram showed a normal sinus rhythm and left ventricular hypertrophy based on Romhilt-Estes point score system. All laboratory data were in normal limits.

Transthoracic echocardiography showed a hypertrophied left ventricle with normal systolic function. The AV was thickened and unicuspid with a severe AS (Figure 1A). The peak systolic velocity of AV and pressure gradient across it was 4 cm/s and 64 mmHg respectively. There was also moderate to severe AV regurgitation. The mitral valve (MV) leaflets were thickened and all chordae inserted in one papillary muscle with decreased intrachordal space consistent with parachute MV deformity. This deformity resulted in severe MS with a mean gradient of 11 mmHg across mitral inflow. Color Doppler imaging as shown in Figure 1C and supplementary file appendix 1 revealed a proximal isovelocity surface area on the atrial side of MV in favor of significant mitral stenosis. The abnormal MV apparatus and unicuspid shape of AV was better appreciated in intraoperative transesophageal echocardiography and also an additional feature encountered was a supravalvular ring of left atrium (Figure 1B and 1D, supplementary file appendix 2 and 3). The descending aorta was small and underdeveloped with a 1.1 cm diameter but without evidence of obstruction (Figure 1E). There was no residual coarctation. The site of previous PDA division was also visualized precisely with no residual flow across it (Figure 1F and supplementary file appendix 4). Figure 1. A, Short Axis Mid-Systolic View of Aortic Valve in Transthoracic Echocardiography Shows Unicuspid Aortic Valve; B, The same view in intraoperative transesophageal echocardiography (IOTEE) in which the unicuspid valve is better appreciated; C, Color Doppler imaging of the mitral valve apparatus in the transthoracic three chamber view: the formation of a PISA cap (arrow) is in favor of significant stenosis; D, A mid diastolic frame of the IOTEE four-chamber view shows the supravalvular ring in left atrium (arrows) and parachute mitral valve deformity in which all the chordae are inserted to the anterolateral papillary muscle (asterisk); E, Short axis view of descending aorta by IOTEE showed a small underdeveloped descending aorta; F, High esophageal aortic arch short axis view of IOTEE showing the site of previous division of the patent ductus arteriosus (arrow).

Based on the multiple obstructive left side heart lesions, a diagnosis of Shone complex was considered and the patient was scheduled for AVR and MVR. Under general anesthesia, standard monitoring and heparin infusion (3 mg/kg) femorofemoral peripheral cannulation was done and cardiopulmonary bypass (CPB) was established. Redo median sternotomy was performed under moderate hypothermia and cardiac arrest was induced by del Nido cardioplegic solution. The supravalvular mitral ring was completely resected and unrepairable mitral valve replaced by a 27 mm St. Jude medical mechanical valve. Then Manougian aortoplasty was performed using non-treated autologous pericardial patch and a 23 mm St. Jude regent medical mechanical valve was implanted in aortic position. After rewarming and de-airing the patient was weaned off the CPB machine using low doses epinephrin infusion. Post CPB intraoperative transesophageal echocardiography revealed favorable results of surgery. In Figure 2 the surgical view of the supravalvular ring is depictured. The patient experienced an uneventful post-operative period and was discharged one week later with good clinical status. Shone syndrome is a very rare congenital anomaly with an incidence of 0.6% of all congenital heart diseases (1). Shone et al. in 1963 described it for the first time as a combination of four left heart obstructive lesions: (1) parachute mitral valve; (2) supravalvular ring of left atrium; (3) subaortic stenosis of either the muscular or membranous type; and (4) coarctation of the aorta (2). In the complete form, all of the mentioned defects are present. Partial complexes have also been described in which some of the obstructive lesions are present but others are absent or clinically nonsignificant.

Complete Shone syndrome is well recognized in children and there are few case reports of the complex ones diagnosed in adults (3).

MV obstruction is thought to be the precursor lesion in the Shone's complex during the development of fetal heart and it leads to underdevelopment of the LV cavity and subsequently to LV outflow tract obstruction and aortic coarctation3. There is a wide range of severity of each individual lesion and great variability of the predominant level of obstruction among patients with this diagnosis, therefore the appropriate management of the disease maybe challenging (3, 4).

It has been emphasized by multiple studies that the severity of the MV lesion determines the overall prognosis and it has a negative impact on both operative mortality and longterm outcome (4-7).

Our patient was a case of complete form of Shone’s complex who had become symptomatic during infancy with HF. Based on the available documents the coarctation, AS, and MS had been diagnosed at that time with also two accompanying lesions, PDA and VSD. Only the coarctation and PDA had been corrected in the first surgery and the AS had been approached in the next surgery more than 2 years later. The MV was left untreated till he was referred to our center for AVR and MVR.

The combination of Shone complex and PDA is rare and to our knowledge only two cases had previously been reported (8, 9). Associated congenital defects such as VSD, PDA, and atrial septal defect maybe seen specially in the partial form (8, 9). Takawira et al. reported an adult with Shone’s syndrome, bicuspid AV and PDA and claim that their case was the only reported one to be successfully treated with a covered stent as a single procedure.

In conclusion, this rare case is a near complete form of Shone complex that had become symptomatic early in his life and needed multiple surgeries throughout his life for correction of the different levels of obstructions related to the left heart and aorta. What it makes our case more unusual is its association with patent ductus arteriosus. It is emphasized that when any form of LV inflow or outflow obstruction is encountered we should meticulously look for other associated lesions and if multiple levels of obstruction are definitely present, consider them as “a whole” not unrelated lesions leading to the diagnosis of Shone syndrome.