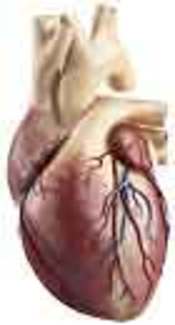 Prevention of surgical site infection is the first concern in cardiac surgery. Deep sternal infection causes death in patients and increases the length of hospitalization and the cost of treatment. Several therapeutic protocols have long been used by cardiac surgeons for antimicrobial prophylaxis. The aim of this study is to evaluate the clinical outcomes of prescribing different antibiotic prophylaxis in patients undergoing coronary artery bypass graft surgery.

In this prospective cross-sectional study, 200 patients with a mean age of 60 ± 9.5 years (145 male, 55 female) undergoing elective isolated coronary artery bypass graft (CABG) were enrolled. Post-operative infections, renal and pulmonary complications, the incidence of mortality, length of stay in ICU and hospital were compared and evaluated based on the type of prophylactic antibiotics.

Among the studied subjects, 145 patients (72.5%) were males and 55 patients (27.5%) were female. There was no significant relationship between the administration of antibiotic prophylaxis and renal complications, pulmonary complications, wound infections, mortality, and the mean hospitalization time (P = 0.04). Only the association between clindamycin antibody and mortality rate was statistically significant (P = 0.049). The average duration of admission to the ICU in patients receiving cefazolin antibiotics was significantly lower than those who did not receive this antibiotic (P value = 0.04).

We can conclude that the use of different prophylactic antibiotics in isolated CABG patients, according to the physician's personal preference or experience, does not essentially result in better clinical outcomes and less wound complications and infections. Approved protocol for prophylactic antibiotics was only addressed in half of CABG patients.

Surgery site infection (SSI) is the second most common cause of nosocomial infections and is the most common cause of death after surgery (1, 2). Although surgeons follow a certain protocol for antibiotic therapy after open heart surgeries, due to the potentially hazardous post cardiac surgery infections, the duration and type of prophylactic antibiotic remains a controversial challenge (3, 4). Surgical site infection has always been an expensive and uncomfortable problem, and in particular, cardiovascular surgery may have devastating consequences and can occur as an infectious problem in 3-10% of cases (5). Wound infection is associated with side effects in heart surgery and increases the cost of health care (6). In a 2003 study, Bhatia et al reported that between 2% - 20% of patients are susceptible to surgical site infections after heart surgery (7, 8). The mortality rate associated with mediastinitis is estimated to be between 7% - 20% and mortality in patients with superficial sternum infection is estimated in more than 5% of cases (9). Although the rate of post-operative infection in open heart surgery patients is relatively low but may be life-threatening, and doctors have to use anti-prophylaxis microbial complementary to surgical methods (10). However, the widespread abuse of prophylactic antibiotics, which mainly involves 50% of the use of antimicrobials in hospitals, has led to changes in the microbial flora in hospitals and the pattern of microbial resistance in the world. Therefore there is a general movement towards the use of shorter periods of antibiotics for surgical prevention in order to reduce toxicity, cope with antibiotic resistance and reduce costs (3, 11). There is no theoretical agreement on the choice of prophylactic antibiotic type, whether single dose or multiple dose or the accurate time of administration (9).

From June to December 2015, 200 patients undergoing coronary artery bypass graft surgery (CABG) in Rajaei cardiovascular medical and research center who were over 18 years of age and had signed a written consent, were selected. Patients with underlying infectious diseases, those who had concomitant heart valve surgery, needed a re-exploration after CABG, were already taking antibiotics for any reason and patients with renal failure or immune suppressive state were excluded from the study. In our center we already do have a certain protocol for prophylactic antibiotic including Cefazolin 2 g just after anesthetic induction and then 4 - 6 g per day based on patient’s body surface area and creatinine level for 48 hours or chest drain removal (Either one that happens sooner). However in special situations some surgeons may have certain concerns about the patient’s condition and may not follow the protocol exactly and alter the type of medications in this study we left it open so that surgeons could have the ability to decide about the alternative treatment methods and studied the results. All required data containing demographic data (age, gender, BMI, Pre-op LVEF, creatinine level and past medical history), intra-operative details (including CBP time, aortic cross-clamp time, intra-operative blood product transfusion and need for re-explorations), early post-operative data (including ICU stay, hospitalization, mechanical ventilation time, blood product transfusions, prophylactic antibiotic types and doses and drug reactions) and early mortality and morbidity (including acute kidney injuries, pulmonary complications, liver dysfunctions, wound infections and cerebrovascular events) were recorded.

Of the 200 cases that were included in this study, 23 patients (11.5%) had wound infections, of which 18 (9%) had superficial wound infections and 5 (2.5%) had deep wounds. Using chi-square test, there was no significant relationship between prescriptive antibiotics and administration of an antibiotic or more than one antibiotic and the incidence of wound infection in patients (P = 0.207).

Using statistical t-test showed that the average duration of hospitalization in the intensive care unit in patients receiving cefazolin antibiotics was significantly lower than those who did not receive this antibiotic (P value = 0.047). However, ICU stay was not affected by other prophylactic antibiotics. It has also been shown than the mean hospital stay was significantly higher in patients receiving ciprofloxacin (P value = 0.049) than those who received other antibiotics. However, there was no significant relationship between the mean hospital stay and other prescriptive antibiotics (Table 5).

In-hospital mortality rate was 2.5%. Despite the fact that all dead patients received a wide spectrum of combined prophylactic antibiotics, interestingly all of them had pulmonary infection in their hospitalization. Diabetic mellitus and COPD were the most common underlying diseases. Table 6 shows the clinical characteristics of these patients.

We could not also find any significant relationship between the type and length of prophylactic antibiotics administration and deep sternal wound infection (Table 7).

Although the rate of post-operative infection in open heart surgery patients is relatively low but may be life-threatening, and the cardiac surgeons routinely use prophylactic antibiotic complementary to surgical methods (10). However, the widespread abuse of prophylactic antibiotics, which mainly involves 50% of the use of antimicrobials in hospitals, has led to changes in the microbial flora in hospitals and the pattern of microbial resistance in the world (12, 13). Therefore there is a general movement towards the use of shorter periods of antibiotics for surgical prevention in order to reduce toxicity, cope with antibiotic resistance and reduce costs (3, 11).

In the current study, the pattern of administration and use of prophylactic antibiotics and its clinical implications on patients undergoing CABG in Rajaie Cardiovascular, Medical and Research Center were studied. Surprisingly only half of the patients received their prophylactic antibiotic based on the hospital protocol and about 50% had a combination antibiotic prophylaxis. In this study, there was no statistically significant relationship between the different prophylaxis antibiotics in patients and the incidence of wound infections in these patients. The same result was evident in previous studies, Harbarth showed that the combined or prolonged prophylactic antibiotic strategy, not only cannot reduce the incidence of post-op sternal infections but also may increase the resistance of bacteria (11). The mean duration of antibiotic administration was 4 days in current study that was longer than the approved hospital protocol and most of the previous study recommendations (11-13).

There were no statistic relationship between the prescribed antibiotic and patients’ preoperative characteristics including age, gender, BMI, underlying disease, so the surgeons’ preference and concern about the potential infectious complication was the most important issue in choice of antibiotics. Meanwhile the type of prophylactic antibiotic was not the independent predictor of deep sternal wound infection or in-hospital death.

Also, there was no significant relationship between the prophylactic antibiotic type and the incidence of pulmonary infections. The incidence of acute kidney injury (AKI) was relatively higher in patients who received combined prophylactic antibiotics (13.4% vs 8.7%) however this difference was not statistically significant in our study. Pulmonary infection and low output syndrome were the leading causes of early mortality.

In this study 9 patients received only ceftriaxone as prophylaxis, that could be a good choice because of poor staphylococcus coverage but these cases had no excessive infections.

The ICU stay was overall one day less in patients who received cefazolin as prophylaxis antibiotic than the others (P = 0.47) that may also reflect surgeons’ concerns about a higher risk of infection in other patients’ post-operative course. Moreover patients who need mediastinal re-exploration or have mediastinal wound infection usually receive a widespread antibiotic coverage with combined antibiotics.

In summery we can conclude that the use of different prophylactic antibiotics in isolated CABG patients, according to the physician's personal preference or experience, does not essentially result in better clinical outcomes and less wound complications and infections.

4.1. Limitations of the Study

The present study draws data from a single institution. This observational study was done on limited number of patients with isolated CABG, however cardiac surgeons face more complex patients on their daily practice.