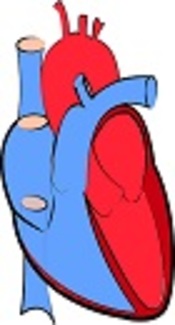 Mitral stenosis is a common and important type of valvular heart disease. This study was performed to determine and compare the hemodynamic, echocardiographic and clinical data before and after percutaneous transvenous mitral commissurotomy (PTMC).

In this prospective cohort, the data for 171 consecutive patients with PTMC at a university referral heart hospital have been collected and analyzed from March 2015 till September 2016. Due to the missing data reported on the medical charts, 20 cases were further dismissed. Therefore, clinical study on hemodynamic monitoring and echocardiography have been observed and compared on the remaining 151 consecutive cases. In this study, demographic data, clinical symptoms and medication before the procedure and systolic pulmonary arterial pressure (SPAP), pulmonary capillary wedge pressure (PCWP), trans mitral valve gradient and mitral valve area (MVA) before and after PTMC have been measured.

The results showed that according to Wilcoxon test there was a significant increase in PCWP, significant decrease in mean gradient of mitral valve and significant reduction in SPAP after PTMC (P = 0.0001). In this study, post-procedure mitral regurgitation (MR) values after echocardiography and angiography have been compared and it was stated that about 90.4% (138 cases) are diagnosed with mild MR (no MR and mild MR) in angiography while 10.6% (16 cases) have trivial and mild MR in echocardiography (P < 0.0001).

Totally it may be concluded that there is significant difference between the hemodynamic and echocardiographic data after PTMC. Echocardiography estimates the MR complications after PTMC to be higher than angiography.

Mitral stenosis (MS) is a common cause of congestive heart failure worldwide especially in developing countries (1-4). Possible etiological factors include rheumatic fever, calcium deposition, congenital heart disease, endocarditis, mucopolysaccharidosis, etc. (5-7). It is more common among female patients especially in ages ranging from 4 to 14 years but the onset age of symptoms is in the third life decade (8-10). Without operation the disease would be fatal during two decades due to complications especially atrial fibrillation and thromboembolia (11-15). Echocardiography is the first and most accurate method for diagnosis of MS (16, 17). Percutaneous transvenous mitral commissurotomy (PTMC) is the method of choice in non-responsive cases to medical modalities and symptomatic severe MS who have suitable mitral valve (MV) morphology on echocardiography (18). The principle of PTMC is that when the fluid filled balloon is expanded, equal pressure is applied to the MV, resulting in separation along the plane of least resistance, which are the commissures (18, 19). PTMC can also be considered in patients with asymptomatic MS, with significant hemodynamic changes and has a suitable mitral valve morphology on echo (19-21). PTMC is not performed in patients with a large atrium thrombus, moderate to severe (3+ or 4+) mitral regurgitation, mitral valve area larger than 1.5 cm2, aortic regurgitation more than 2+, infective endocarditis, severe mitral valve calcification, or subvalvular fibrosis who are surgical candidates (21, 22). Successful PTMC is an uncomplicated procedure with a final mitral valve area > 1.5 cm2 with a large atrial pressure of < 18 mmHg. This usually occurs in 80% to 90% of cases and leads to an immediate symptomatic relief with a 50% to 60% decrease in transmitral gradient. Over a few months, there is a gradual regression in pulmonary artery pressure. Post-PTMC in patients with a Wilkins score greater than 8 have a higher recurrence rate of symptoms as a result of restenosis or inadequate valvuloplasty (19-22).

This study was performed to determine and compare the hemodynamic clinical and echocardiographic data before and after PTMC.

In this observational study that was accomplished with a prospective cohort design, the data for 171 consecutive patients with PTMC at Shahid Rajaie Cardiovascular Medical and Research Center have been collected and analyzed from March 2015 till September 2016. Due to the missing data reported on the medical charts, 20 cases were further dismissed. Therefore, clinical study on hemodynamic monitoring and echocardiography have observed and compared on the remaining 151 consecutive cases.

Table 6. The MVA and LA Measurements in the Patients

The results demonstrated that the results of angiography method and echocardiography were differed. The MR value difference in echocardiography and angiography has been observed and analyzed in several studies and has shown similar results (19-22). In a 2004 study it was concluded that in limited cases in which non-invasive evaluations do not agree with the clinical findings, the angiography will be accurate to measure the MR level. Another study at McGraw-Hill Education Company has demonstrated that the valve regurgitation measurement with angiography method depends on various factors including the amount and the injection speed of the contrast material into the left atrium that vary at different centers with different operators which significantly reduce the accuracy of MR measurement. Grossman and Baim have explained that the main reason for difference in regurgitation is the location of the catheter into the left ventricle and aorta that is used for MR and AI level measurement, respectively (22).

Several causes of this significant discrepancy between echocardiography and angiography about post PTMC mitral regurgitation was discussed in some articles including: the quantity of contrast material (volume and speed of injection) is proportional of density and if this is small, it may downregulate the grade of regurgitation; the arrhythmia (ventricular extra-beats or atrial fibrillation, or even that produced by the catheter itself) significantly affects the ventricular filling and subsequently the indicated grade of regurgitation; although mild regurgitation is clearly distinct from severe regurgitation, intermediate grades may not be reliably estimated; the position of catheter in the ventricle (for mitral valve) or in the aorta (for aortic valve), in relation to the site of valve; the recorded plane of ventricle and/or atrium, to avoid overlapping (23). The “ideal” plan for estimation of aortic regurgitation is that of 45° in left anterior oblique view with 10% - 15% of cranial angulation, while for mitral regurgitation it is a 30° in right anterior oblique view; avoiding the overlapping of descending thoracic aorta and left atrium which may overestimate the mitral regurgitation; avoiding derangements of preload and afterload (systemic and pulmonary vascular resistance for aortic and mitral valve, respectively) which significantly affects the grade of regurgitation; the coexistence of mitral and aortic regurgitation can change the regurgitant contrast volume through mitral valve and therefore overestimates the grade of its regurgitation.

In the practical view, it is important to observe how significant the difference between echocardiography and angiography on patient treatment plan is. In this study, there has been a medical follow up in each case of MR increase due to the PTMC procedure. In other words, although a significant increase in the MR level has been observed on the patients’ echocardiography tests, the patients are not expected to receive MVR surgery while the medical treatments vary based on clinical symptoms. Four patients have been observed with severe MR during angiography and echocardiography test evaluation which resulted in MVR while the remaining patients have received medical treatment despite increase in grading regurgitation. It is worth noting that this discrepancy has not changed the patients’ medical plan. Although there are several techniques to increase the accuracy of the conventional methods and on the other hand, new approaches have been developed to reduce the miscalculations in the post PTMS complications, this research has clearly explained that the effects of the errors do not significantly affect the survival expectation for the patients group.

Totally, according to the results, it may be concluded that there is a significant difference between the angiographic and echocardiographic data before and after PTMC. These differences are due to multiple etiological factors and should be considered at further evaluations in these patients. However further studies should be carried out to attain more definite results.