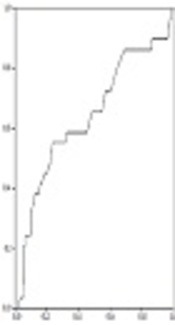 Uric acid as an inflammatory marker has been hypothesized as a precursor of atherosclerosis and its role has been evaluated in recent studies.

In our study we wanted to assess its effect on the severity and extent of coronary artery disease in patients presenting to emergency department with acute coronary syndrome.

In this cross-sectional descriptive study, we enrolled all patients with ACS who attended to Shahid Rajaie Emergency Department from May 2016 to May 2018. All patients were sampled for their laboratory evaluation of serum uric acid and routine other lab tests. Besides, their traditional risk factors and medications were recorded and all patients underwent coronary angiography while their SYNTAX score was measured.

Serum uric acid level measurement in patients presenting with acute coronary syndrome is both sensitive and efficient and could help in determining the patients’ general probability of atherosclerotic disease.

Uric acid is the terminal product of xanthine oxidase which destruct purine into uric acid. As previous studies have proved, xanthine oxidase also acts as an enzyme to produce reactive oxygen species with its abnormal isotype with consequently injurious effects (1-4). It is also hypothesized that in its destructive pathway, uric acid production has a relation to the antioxidant activity and this reciprocal impact impresses many coincidental benefits (5). Besides these oxidant and antioxidant activities, hyperuricemia has been accused of having a role in hypertension, activation of renin-angiotensin-aldosterone pathway, hypertrophy of vascular tree smooth muscle, renal artery atherosclerosis, ischemic stroke, and heart failure (5-10).

This is a cross-sectional descriptive study conducted in Shahid Rajaie Heart Center Emergency Department (ED). All patients presenting with acute coronary syndrome to ED, 30 to 70 years old from May 2016 to May 2018 were included in this study and patients with known coronary artery disease, renal or hepatic disease, heart failure, malignancies, alcoholics, patients with past use of diuretics and multivitamin supplements were excluded.

Patients were evaluated with their demographic measures, their past history of cardiac disease, medications and major coronary artery disease risk factors. Then they were divided into two groups of patients with normal serum uric acid and hyperuricemia (more than 7 mg/dL and 6 mg/dL in men and women respectively) according to their baseline serum uric acid level. Accordingly, patients underwent coronary artery catheterization from their right femoral artery and their disease severity was assessed by SYNTAX score and the severity was reviewed based on the uric acid level and other considerable determinants. All data were measured by IBM SPSS 23 (IBM Corp. Released 2015. IBM SPSS Statistics for Windows, Version 23.0. Armonk, NY: IBM Corp.) and qualitative and quantitative data were depicted by mean, standard deviation and percentage. Data analysis was also directed by chi-square and multivariate regression tests and significant P value was measured less than 0.05 with confidence interval of 0.95. All steps of this study was admitted by Medical Ethics Committee of Shahid Rajaie Heart Center and no extra cost was charged from the patients in order to fulfill the measured data.

In accordance with the latest ACS definition, patients with STEMI were 50 out of 206 patients (24.3%), NSTEMI in 72 patients (35%) and patients presenting with unstable angina were reported in 84 patients (40.8%). In Table 2, patients were categorized based on SYNTAX score and their coronary artery disease severity and number of vessels involved.

All other laboratory and major coronary artery disease risk factors were evaluated to find out uric acid level change in each category and the only significant parameter which proved to be associated with was hyperlipidemia (P value less than 0.001 in patients with concomitant hyperuricemia). Hence, no meaningful P value was detected in diabetes patients, in patients with a history of cigarette smoking, hypertension and none of the laboratory test sampled from patients were related to hyperuricemia.

Receiver operating characteristics (ROC) curve also demonstrated acceptable effect of uric acid in predicting extensive CAD with or without involvement of LM disease (P value = 0.018 and area under the curve was 0.638). Best threshold for uric acid level to predict 3VD was serum level of 5.45 which execute sensitivity and specificity of 70% and 50% respectively. Besides, serum uric acid level of 5.65 was the best threshold to foreseen the SYNTAX score of more than 32 with a sensitivity of 65% and specificity of 51% (Figures 1 and 2). Previous studies have disclosed the role of uric acid in atherosclerosis but the precise mechanism is still unknown. The impact of uric acid on myocardial hypertrophy, ROS production and destruction, endothelial dysfunction and platelet aggregation, have all been speculated formerly. In our study, we determined serum uric acid level in patients presenting with acute coronary syndrome could prognosticate extensive atherosclerotic disease and would help in deciding preferred patients’ probability of revascularization modality based on their serum uric acid which is fast and easy to measure. We also evaluated other laboratory parameters with probable role in atherosclerosis to define uric acid effect in more details.

The second intriguing verdict was significant association of higher serum uric acid level with patients’ SYNTAX score. In ED we measured uric acid level and then all patients underwent coronary catheterization to define their SYNTAX score. Eslami et al. also showed a meaningful relation between serum uric acid level and CAD and the mean uric acid level in patients with CAD was 7.62 ± 1.07 mg/dL. In their study, patients with chronic kidney disease were also included but we decided to exclude them in favor of diminishing conflicting results (15). Other chronic inflammatory diseases were excluded from our study. Nabati et al discerned that higher uric acid level is an independent risk for extensive CAD which was compatible with our conclusion (16). This pro-atherosclerotic effect was also noticeable with omitting other known involving factors.

In this study, patients with hyperuricemia had more coronary risk factors, lower serum HDL, higher serum Cr level, and they also had lower LVEF compared to their control group (17). The only laboratory marker in this study which had a meaningful relation to serum uric acid was total cholesterol level. In a study done by Andrikou et al., it was evinced that hyperuricemia with involvement of hypertension can lead to development of coronary artery disease but the role of hypertension was not meaningful in our study (18). Accordingly, the role of hyperuricemia would be independent of known coronary risk factors and its role in development and progression of atherosclerosis is inevitable.

Copyright © 2019, Multidisciplinary Cardiovascular Annals. This is an open-access article distributed under the terms of the Creative Commons Attribution-NonCommercial 4.0 International License (http://creativecommons.org/licenses/by-nc/4.0/) which permits copy and redistribute the material just in noncommercial usages, provided the original work is properly cited.
download pdf 154.68 KB Get Permission (article level) Import into EndNote Import into BibTex
Number of Comments: 0