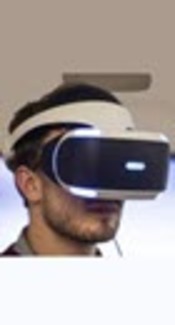 Diagnosing a heterogeneous disorder like schizophrenia is still based on patients’ report of their subjective experiences. Recently, the utilization of innovative, computer-based technologies such as virtual reality (VR) to objectify these experiences has gained experts’ attention. VR provides a multidimensional, interactive environment, in which the formation of paranoid thoughts in different settings, as well as patients’ reaction to virtual characters, can be assessed. VR also offers a milieu to evaluate other aspects of the disorder such as cognitive deficits and negative symptoms. Trying to objectify the diagnosis not only can help specialists to have a more goal-directed management approach but also benefits patients with receiving better care. Herein, we briefly report the new advances of applying VR in the evaluation and diagnosis of schizophrenia, a novel approach that in turn can accelerate the rehabilitation and the treatment of the disorder.

“Schizophrenia” is an umbrella term covering the diagnosis of a spectrum of patients experiencing diverse symptoms including hallucinations, a variety of delusions, cognitive deficits, and negative symptoms, each of which causes great suffering (1). The current methods of diagnosing schizophrenia, such as clinical interview and structured or semi-structured interviews are based on people’s subjective experience and none of them can provide an objective assessment. Efforts have been made to overcome this potential barrier. One proposed method is using virtual reality (VR) (2).

VR is a computer-based technology that simulates experience via senses and perception. In VR scenarios, the environment is immersive, fantastic, and highly similar to the real world. Sometimes, this can create an experience that may not be possible in a physical reality. In the most commonly used model, VR scenarios include layers of 3D images, graphics, and videos inspired by real life, which can be revealed in a 360° viewpoint through a computer or a smartphone together with a special headset. These have several applications in a variety of fields, such as medical education (3, 4). VR scenarios can even interact when using motion sensors. All these finally create a deeper sense of realistic exposure (5). In clinical settings, through simulation of experience, virtual reality allows patients to recognize virtual characters, known as avatars, or interact with them. It also provides patients with experiencing a vulnerable, yet controlled environment (6, 7).

One of the most important and controversial symptoms experienced by patients is the delusion (1). It has been asserted that many people can experience some forms of paranoia at some points in their lives and the boundary between now and then formations of paranoid ideation and a full-blown delusion is still unclear. A new line of evidence has proposed VR as a method to objectify the assessment of paranoia through provoking and measuring the symptoms simultaneously (8). With the benefit of a standard setting, the formation of paranoid thoughts in response to virtual characters with a neutral facial expression has been assessed with specifically designed assessment tools in several settings such as a virtual café or a street.

In a study conducted with the aim of validating different levels of experiencing paranoia (low, moderate, and high levels of persecutory ideations), patients with schizophrenia spectrum disorder were more likely to form paranoid ideation in response to neutral avatars in comparison with nonclinical sample even when they had moderate levels of paranoia (9). Baseline levels of paranoia also had a strong correlation with the paranoid thoughts formation in a virtual setting in Veling et al.’s study (10). In a study on patients classified as “at risk” for psychosis, Valmaggia et al. found a positive correlation between VR characters related to paranoid ideations and the real-life paranoid thoughts (7). However, in one study, no difference was detected between patients and the control group in developing paranoid ideations after seeing neutral faces (11).

Interaction with avatars can be a possible tool for evaluating social behavior. Compared to the normal population, patients with schizophrenia have lower scores in emotional facial recognition tasks (1). In VR studies, schizophrenia patients have shown more difficulties in recognizing expressed emotions (12) and interpreting emotional, as well as verbal, cues and gestures by avatars (13). They tend to keep more distance and less eye contact with avatars during negative conversations (14).

Cognitive deficits have been hypothesized as one aspect of schizophrenia (1). In cognitive abilities such as executive functioning (15, 16) and cognitive flexibility (17), patients showed worse results compared to control groups. In one study, instrumental activities of daily living was tested using a VR environment to simulate real-life activities, which could significantly differentiate between persons with schizophrenia and controls. The outcome measure of the number of purchases even could differentiate between subgroups of schizophrenia (15). In both spatial and working memory, patients had more deficits (2, 18, 19), which is compatible with our previous knowledge. The small sample size is the main drawback for confirming a conclusion.

There are some side effects when using VR in the general population. Empirical evidence suggests that the main effect of concern, which has been observed in reviewing the literature, is the VR-induced sickness. For the majority of participants, however, these effects are mild and subside quickly (20). The side effects experienced by patients in controlled trials were not different from their controlled counterparts (21, 22). In order to minimize the experienced adverse effects, there are recommendations in technical application, designing, and developing the software that should be taken into account (20, 23).

Even though applying VR dates back to more than half a century ago, using it in schizophrenia can be considered quite new. Considering its wide application in diagnosis, rehabilitation, and simulation of this complex and multifaceted disorder (24, 25), any attempt to further investigate the benefits, potential adverse effects, and cost-effectiveness of the method is of great value. More investigation and research is essential prior to the broader application of virtual reality as a standard clinical practice, whether as an assessment or a treatment tool for schizophrenia.

The current methods of diagnosing schizophrenia are not able to provide an objective assessment of this disorder. Virtual reality as an emerging technology in diagnostic and rehabilitation medicine is recently being suggested for the assessment of paranoia objectively through provoking and measuring the symptoms simultaneously. An objective diagnosis would pave the way for comprehensive evaluation of the disorder. This, in turn, can accelerate the treatment and the rehabilitation of schizophrenia.