Comparison of Sublingual Misoprostol and Intravenous Oxytocin in the Management of Postpartum Hemorrhage After Cesarean Delivery: A Randomized Controlled Trial 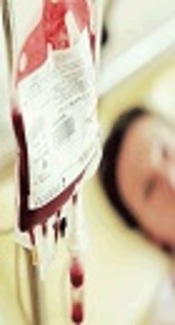 Postpartum hemorrhage (PPH) is one of the most important causes of maternal morbidity and mortality. It has been accepted that an effective way for preventing PPH is active management of third stage of labor.

This study aimed at finding the effect of 800 µg of sublingual misoprostol compared to 60 units of intravenous oxytocin in Ringer-lactate to reduce PPH after cesarean delivery.

This single blind randomized clinical trial was conducted at Amir Al-Momenin hospital in Semnan, Iran, from June 2013 to April 2014. A total of 100 pregnant (Gravidity 1, 2) women entered the study. They were randomized into 2 groups. One group received 800 µg sublingual misoprostol (n = 50) and the other group received 60 IU oxytocin intravenously (n = 50) in the cesarean section under spinal anesthesia, immediately after the opening of the peritoneum.

The mean ± SD decline in hematocrit level after 24 hours of delivery was 2.6% ± 2.3% in misoprostol group and it was 3.2% ± 2.5% in oxytocin group, and the difference was not significant (P = 0.27). The need for the additional uterotonic drug was significantly higher in the oxytocin group (16%) than in the misoprostol group (2.1%) one hour after delivery (P = 0.031). During one hour after delivery, the incidence of shivering was significantly lower in oxytocin group (P = 0.001), but on the contrary, the incidence of hypotension in the oxytocin received patients was higher (P = 0.003).

One of the most important causes of maternal mortality is hemorrhage, which is still common in developing countries (1). Around 14 million patients suffer from hemorrhage annually worldwide, of whom 140,000 die (2). The most common major operation in women in the world is cesarean section (3). Decrease in hematocrit levels occur in 10% of cesarean procedures and the fact that the need for blood transfusion in cesarean procedures is more than vaginal delivery (6% compared to 4%) (4), the use of uterotonic drugs may cause a reduction of vaginal hemorrhage after delivery (1). Identifying the most effective and safest drug to manage postpartum hemorrhage (PPH) to reduce the rate of hemorrhage and morbidity secondary to iron deficiency anemia is necessary.

Misoprostol is an artificial analog of prostaglandin E1, which is approved for prevention of peptic ulcers according to pharmacopeia. It can also be used to treat atonic uterus and prevent PPH. In contrast to methylergonovine and carboprost, misoprostol is administrable for women with hypertension and asthma (5).

Misoprostol is preferred because it is easy to keep at room temperature, there is no need for an additional device to infuse it, and it has a low price in developing countries (4-8). However, misoprostol has limited side effects, for example fever, shivering, and nausea, which are transient (9).

Most delivery units use oxytocin intravenously or as an infusion to prevent atonic uterus and hemorrhage during and after a cesarean procedure, which causes tachycardia, hypotension, and negative inotropic effect and has an antidiuretic action. Approximately, 10% to 40% of these patients will need additional uterotonic drugs (4).

Few studies have compared the effect of sublingual misoprostol and intravenous oxytocin on reducing PPH after cesarean and their adverse effects. In various studies, misoprostol was used in different ways and doses (400 - 800 µg, per oral, buccal, sublingual or rectal) to control hemorrhage and different results have been reported (4, 6-15).

However, most studies were conducted on vaginal delivery (9, 16-18) and few in cesarean section patients (4, 19, 20). The doses or methods were not similar in our study, which is the innovation aspect of this study.

The present study is aimed at finding the effect of 800 µg of sublingual misoprostol compared to 60 units of intravenous oxytocin in Ringer-lactate to reduce PPH and its adverse effects after cesarean delivery.

In this single-blind randomized controlled trial, 100 nulliparous women without PPH risk factors (polyhydramnios, macrosomia, history of significant PPH, preeclampsia, cardiac and vascular disease, asthma, uterus rupture and fibroma), awaiting an urgent cesarean delivery (G2 with history of max 1 C/S) under spinal anesthesia at Amir-al-Momenin hospital in Semnan, Iran, from June 2013 to April 2014 were enrolled in this study (Figure 1). Informed consent was obtained from all participants. The local research Ethics Committee of Semnan University of Medical Sciences approved all procedures. Each woman was assigned a number. Those with an odd number joined to form the first group (n = 50), and those with an even number formed the second group (n = 50), this assignment was random. The first group received 60 units of intravenous oxytocin (6 injections, each containing 10 units; 30 units given during operation and 30 units given 6 hours after the operation). The second group received 800 µg sublingual misoprostol (4 tablets, each containing 200 µg with the commercial name Cytotec®) at the time of opening of the peritoneum. The blood pressure, pulse, temperature, and uterine tone were checked after the operation from 30 minutes up to 24 hours.

The hematocrit of all patients was measured preoperatively and 24 hours after the operation. One hour after cesarean delivery, all patients were assessed for adverse effects such as nausea, shivering, fever, hypotension, and tachycardia, and the results were recorded.

From the misoprostol group, 2 patients were discharged from the hospital under 24 hours (urge of the patients), therefore, their data were excluded from the analysis. Therefore, data from 48 participants in misoprostol and 50 in oxytocin received patients were used for analysis (Figure 1).

Table 1. Distribution of the 2 Groups According to Demographic and Obstetrics Variablesa

The mean ± SD decline in hematocrit after 24 hours of delivery was 2.6% ± 2.3% in misoprostol group and it was 3.2% ± 2.5% in oxytocin group; however, the difference was not significant (p = 0.27). However, the mean decline of hematocrit after delivery had a significant reduction in each group compared to before delivery (P = 0.001 in both groups) (Table 2).

Table 2. Mean and Standard Deviation (SD) of Hematocrit (%) Before and After 24 Hours of Delivery in Misoprostol and Oxytocin Groupsa

During one hour after delivery there was 18% hypotension in oxytocin group and none in the other group, and the difference was significant (P = 0.003). In 1 to 4 hours and 4 to 24 hours after delivery, no hypotension was seen in the 2 groups (Table 3).

Table 3. The Frequency of Outcome Variables in the 2 Groupsa

There was no tachycardia in the 2 groups after delivery up to 24 hours.

Table 4. Distribution of Additional Uterotonic Agent in the 2 Groupsa

In a clinical study performed by Shrestha et al. (2011) on 200 nulliparous women, the effect of 1000 µg rectal misoprostol was compared with 10 units of intramuscular oxytocin. There was no significant difference between the 2 groups in hematocrit decline (P = 0.27). The severity of hemorrhage after delivery and duration of the third stage of delivery were similar in both groups. The incidence of fever with shivering between the 2 groups for a period of 6 hours was statistically significant (P = 0.003) (25% misoprostol against 10% in oxytocin group). However, the incidence of side effects for a period of 24 hours was not statistically significant (P = 0.11) (16% against 4%). Rectal misoprostol was as effective as intravenous oxytocin in the prevention of postpartum hemorrhage and their side effects were similar after 24 hours (16). In our study, incidence of shivering was 39.6% one hour after delivery because of sublingual administration of misoprostol.

Beigi et al. (2009) in a clinical trial on 542 nulliparous women showed that PPH after a vaginal delivery in patients who received 400 µg of sublingual misoprostol was significantly lower than 20 units of intravenous oxytocin. Comparing hemoglobin changes before and after the delivery revealed that hemorrhage was lower in misoprostol group. In the misoprostol group, side effects were higher, but they were not of any threat to the patient. The most common side effect in misoprostol group was shivering (35.6%) and it was a headache (9.6%) in the oxytocin group. They concluded that misoprostol in comparison with oxytocin is more effective in controlling PPH (9), which is not compatible with the current study. However, similar to the current study, shivering was the most common adverse effect.

In a double blind trial study by Chaudhuri et al. (2010), which included 200 nulliparous women with cesarean delivery, the effect of 800 µg rectal misoprostol and 40 unit of intravenous oxytocin for prevention of atonic uterus with following blood loss, was observed. The study showed that intraoperative (592.41 against 502.79 mL) and postoperation (113.68 against 73.88 mL) blood loss in the oxytocin group was significantly higher than the misoprostol group (P < 0.05) (4). The smaller number of patients in our study and the dosage of oxytocin (60 IU instead of 40 IU) may be the reason for this difference.

In a clinical study by Samimi et al. (2011) conducted on 200 pregnant women, the effect of 600 µg rectal misoprostol and 1 mL of intramuscular syntometrine for prevention of PPH was studied. The mean hemoglobin decline was significantly lower in the misoprostol group compared to the group receiving syntometrine (P = 0.009). However, there was not any significant difference in uterus tonus, blood pressure, pulse rate, and adverse effects of these drugs during the observations. According to this study, misoprostol was more effective and had fewer side effects than intravenous syntometrine in reducing PPH (18).

The difference in characteristics of patients, dosages of drugs, and the rout of administration can explain the incompatibility of the results compared with the current study.

In this study, the need for an additional uterotonic agent in misoprostol group was significantly lower than oxytocin group. Soleimani et al. (2014) showed that use of sublingual misoprostol (400 µg) is associated with a reduction in the need for additional uterotonic drugs against oxytocin (19). Nevertheless, in Chaudhuri et al. study (2010), there were not any differences between them (4).

However, Aghazadeh Naini (2014) detected no difference in side effects between the 2 groups (19). Our study showed no significant differences between drug side effects such as fever, uterine tonus, and nausea in the 2 groups, but shivering in misoprostol group was significantly higher than the other group, and this finding has also been reported previously (4, 7, 20-24). In Chaudhuri et al. (2010) study, in patients that received misoprostol, shivering was a common side effect (4) although 800 µg rectal misoprostol had lower shivering (8.33%) than our study (39.6%), which can be related to its pharmacokinetic effect in rectal administration versus sublingual (25).

This study found no significant difference between the 2 groups in uterine tonicity after cesarean delivery. Samimi et al. also detected the equivalent effect of misoprostol and syntometrine on uterine tonicity 1 hour after delivery (18).

One of the limitations of this study was that it was not double-blinded. Furthermore, the sample size in each group was small. Increasing sample size in misoprostol group due to shivering, which was very irritating for patients, was impossible.

The effectiveness of sublingual misoprostol alone is the same as intravenous oxytocin to prevent PPH after cesarean delivery and reduces the need for additional uterotonic agents. However, shivering despite having any danger, is very annoying because it has no treatment. Therefore, we recommended avoiding high doses of sublingual misoprostol. Nevertheless, in undeveloped countries and areas without hospital care and educated midwives, misoprostol is a suitable alternative to prevent PPH.

We would like to thank the clinical research development unit of Amir Al-Momenin educational research and therapeutic center of Semnan University of Medical Sciences for providing facilities for this work.