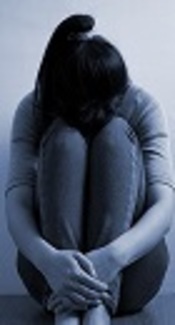 Depression is one the most prevalent diseases. It is believed that the level of Brain Derived Neurotropic Factor (BDNF (protein is reduced in the hippocampus of depressed patients and animal models of depression. Antidepressants, such as serotonin reuptake inhibitors, increase BDNF levels in the brain. The present study investigated the effect of vitamin D, a possible drug for depression treatment, on BDNF levels in the hippocampus in a rat model of depression.

Male Wistar rats (n = 42,180 to 200g) were undergone a series of Chronic Mild Stressful (CMS) procedures on a daily bases for 3 weeks and after approval of their depression by Sucrose Preference Test (SPT), they were divided to 5 groups (n = 6); two received vitamin D treatment with either 5 or 10 microgram/kg; one, vehicle of vitamin D; one, antidepressant fluoxetine 5mg/kg, and the other group did not receive any treatment for 5 weeks. In parallel, there were 3 control non-CMS groups; one treated with vitamin D, the other with fluoxetine, and the last one without any treatment. At the end of the 8-week experiment, SPT was repeated, the hippocampus was extracted, and BDNF protein was assayed using the Enzyme Linked Immunosorbent Assay (ELISA).

The current study showed that vitamin D did not affect BDNF protein level in the hippocampus of the depressed animals, suggesting that vitamin D could alleviate the symptoms of depression via BDNF-independent mechanisms.

Depression is one of the most prevalent mental diseases that currently influences about 21% of the world’s population. It is diagnosed by clinical symptoms, such as depressed mood, anhedonia or loss of interest, fatigue, feeling guilty, and worthlessness. Previous studies indicate that alterations in the signaling complex in the Hypothalamic-Pituitary-Adrenal Axis (HPA), production of neurotrophins, and neuroinflammatory cytokines are the main factors contributing to depression. However, increasing evidence indicates that neurotrophins like Brain-Derived Neurotrophic Factor (BDNF) may play an important role in the pathology of depression and many antidepressant medications produce their effects through regulation of BDNF in the brain. Furthermore, BDNF is extremely important for survival, growth, maintenance, and plasticity of brain limbic and cognitive circuits. Evidence indicates that BDNF levels decrease in depressed patients and animal models of depression (1, 2). Also, genetic studies point to the polymorphisms in the BDNF gene (Val66Met) that may lead to an increase in the susceptibility to depression (3).

Stress is known to be an important factor in the pathophysiology of depression. Chronic stress or prolonged exposure to glucocorticoids causes important changes in HPA, and decrease the production of neurotrophic factors, such as BDNF (4). Stress also leads to morphological changes, in particular in the hippocampus, which is the most sensitive part of the brain to neurotoxic effects of stress (5). Changes in dendrite ramifications and spines as well as their loss and consequently reduced synaptic plasticity, decreases the hippocampal volume, and hippocampal neurogenesis suppression are common changes observed following chronic mild stress or CMS, in rodents and patients with major depression. Brain-Derived Neurotrophic Factor is abundantly expressed in the hippocampus and studies have reported that chronic stress and depression are associated with reduced BDNF synthesis and activity of its receptor in the hippocampus and prefrontal cortex (4). On the other hand, infusion of BDNF into the hippocampus has an antidepressant effect. Also, based on other studies, chronic administration of antidepressants increases BDNF mRNA and protein along with neurogenesis and neural survival in the hippocampus and prefrontal cortex.

Chronic Mild Stress (CMS) is a validated animal model of depression based on the reaction of the animal to reward, when it is subjected to a series of mild stressors within a period of time (6, 7). The procedure is similar to certain symptoms of human depression (8). Chronic Mild Stress induces anhedonia in rats and mice, which is measurable by sucrose preference test, a test based on preferring consumption of sucrose solution over tap water (4, 8).

In parallel, there is some epidemiological evidence regarding the association between low vitamin D and depression in populations (8). Vitamin D, or in the active form, 1,25-dihydroxyvitamin D3 (1,25 (OH)2D3) is an active neural steroid. In vitro studies have shown that pre-treatment with vitamin D could protect the hippocampal neural progenitor cell lines from glucocorticoid negative effects on neurite growth, differentiation and cell survival (1). Vitamin D exerts neuroprotection through anti-oxidative (4) and anti-inflammatory effects (9), enhances the expression of neurotrophic factors, such as Neurotrophic Factor-3 (NT3) and Glial-Derived Neurotrophic Factor (GDNF), specifically in the hippocampus (1, 5, 9), and likewise, it induces protection against calcium-induced neurotoxicity, specifically in the hippocampus (5).

A total of 42 adult male Wistar rats (house bred, Physiology research Center, Semnan University of Medical Sciences, Semnan, Iran), weighing 180 to 200g, were housed individually in 45 × 25 × 15 cm plastic cages. Rats were maintained on a 12/12 light/dark cycle with food and water available ad libitum. They were kept for 7 days in the cages for adaptation to the environment before the experimental procedures began. All experiments were carried out during the day. All procedures were approved by the Animal Care and Use Committee of the Semnan University of Medical Sciences. All efforts were made to minimize animal pain and suffering.

Vitamin D3 (kindly provided by Iran Hormone Co., Tehran, Iran) was dissolved in 5% ethanol in distilled water. Injections were made intraperitoneally (IP) at 2 concentrations of 5 and 10 mg/Kg (1, 10), twice a week. The vehicle group only received the same volume of vehicle solution. Fluoxetine HCl (Aborayhan pharmaceutical Co., Tehran, Iran) was dissolved in physiological saline (0.9%) and injected IP daily at a concentration of 5 mg/Kg (1).

Chronic Mild Stress procedure was performed following the method described previously (6) with some modifications. The procedure consisted of a series of mild stressors (Box 1). After each stress procedure, animals were left for 30 minutes to 1 hour undisturbed to rest and feed. Each day a combination of 3 stressors were applied.

Based on whether animals had received stress or not, they were randomly divided to the following groups: one group without any stress nor treatment up to 8 weeks of stress regime (con), groups without stress treated with vitamin D (5 microgram/kg, convitD) or fluoxetine (5mg/kg, conflux). Groups that received stress (for 3 weeks) and treated with vitamin D (5 and 10 microgram/kg, cmsvitD) or fluoxetine (5 mg/kg, cmsflux) or vehicle for vitamin D (vehvitD) for the last 5 weeks of the experiment. At the end of the 8 weeks, SPT was performed and then animals were sacrificed, the hippocampus was removed, and BDNF protein was measured by the ELISA method.

Chronic Mild Stress induces anhedonia in rats and mice and that is measurable by Sucrose Preference Test (SPT), which is a test based on preferring consumption of sucrose solution over tap water (4, 7). Prior to testing rats, they were accustomed to the taste of sucrose solution. After 3 and then 8 weeks of mild stress sucrose preference test, SPT was performed followed by 23 hours of deprivation of food and water, by providing the rats with one bottle of sucrose and one bottle of water for 1 hour. The consumed volume of water and sucrose solution was recorded and the sucrose preference was calculated using the following equation:

Only those rats in groups that received stress preceded to the 4th week of the experiment and the average of SPT indices at the end of the 3rd week was significantly lower than the control group, which represented depression.

2.5. Measurement of the Hippocampus BDNF Level

Following the behavioral tests, animals were sacrificed under ketamine (100 mg/Kg)/xylazine (13 mg/kg) anesthesia. The left hippocampus was extracted on an ice cold surface. The hippocampus tissue homogenates were made by adding ice cold lyses buffer containing: Tris (100 mM, pH 7.4), NaCl (150 mM), 1% Triton X-100, and 0.5% Sodium deoxycholate in combination with Protease inhibitor cocktail (Sigma Aldrich, cat. no# 13911) and then homogenized and centrifuged, and the supernatant was separated and frozen at -80oC. The BDNF protein in the hippocampus was measured using the rat BDNF Elisa kit (Hangzhou East Biopharm Co., LTD, China), according to the manufacturer’s instructions.

Statistical analysis was done using repeated measures one way Analysis of Variance (ANOVA) for comparing the SPT of weeks 3 and 8, followed by posthoc Newman-Keuls Multiple Comparison Test. Analyzing the effect of CMS and vitamin D3 treatment on hippocampus BDNF concentration was also performed using one way ANOVA. Statistical significance was accepted at P < 0.05.

3.1. SPT for Approval of Depression at the End of 3 Weeks of CMS

3.2. Effect of Vitamin D and Fluoxetine Treatments on CMS

In this study, CMS treatment did not change BDNF protein expression in CMS rats at the end of 8 weeks of stress (CMS 0.432 ± 0.193 versus non-CMS 0.42 ± 0.01). Also, treatment with vitamin D or fluoxetine did not change the BDNF protein level during the period of treatment in comparison with the CMS group that did not receive medication or non-CMS groups with or without vitamin D treatment. However, all groups showed a statistically significant difference with the non-CMS group that received fluoxetine. According to the fluoxetine treatment, only the CMS group that received fluoxetine displayed the least difference with non-CMS fluoxetine (Figure 1). Previous studies reported that decrease in the level of hippocampus BDNF is related to long lasting stress and depression. Increased corticosteroid levels lead to decreased production of neurotrophic factors, such as BDNF in the hippocampus. In this study in order to investigate the effect of long lasting CMS on BDNF levels in the hippocampus and vitamin D effect, this study measured BDNF protein levels by the ELISA method and observed no changes in hippocampal BDNF levels between groups. Nevertheless, BDNF level was significantly increased in non-CMS rats that were treated with fluoxetine. It has been previously reported that anti-depressants, especially Serotonin Reuptake Inhibitors (SSRIs), enhance BDNF levels in the hippocampus (2, 8, 10, 11). In contrast to this, some other studies have mentioned that fluoxetine did not enhance BDNF levels in the hippocampus in comparison with other SSRIs (2, 12). Also, there are some studies indicating that under Chronic Unpredictable Stress (CUS), the BDNF gene expression has been increased, explaining that BDNF relation to mood disorders might not be very simple and perhaps is related to factors, such as the type and intensity of stressors, and duration and frequency of exposure to them (2). Other studies indicate that the relationship between BDNF and mood disorders is not established, since the association between BDNF gene and mood disorders was not shown to be significant in most genomic studies (10). A number of pharmacological studies have also produced negative results in exploring the relationship between depression and BDNF. Since the BDNF knockout mice do not show the depressive phenotype, and considering that there are negative results regarding the relationship between BDNF and depression from large population studies, and conclusions related to BDNF gene polymorphisms are inconsistent, it could be suggested that there is a lack of support for the hypothesis that relates BDNF to depression (12).

There were some limitations in performing this study, such as not performing the BDNF analysis at the end of the 3 weeks of CMS in addition to the end of 8 weeks of the experiment. Furthermore, the long duration of the 8 weeks of experiments might have had an effect on the outcome of the BDNF protein analysis.

This study was supported by grant number A-10-335-2 from the Semnan University of Medical Sciences.