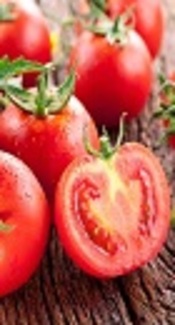 The organophosphorus pesticides are still applied in some developing countries including most regions of Iran. It is important to make sure that the level of pesticide residues at the time of harvesting vegetable crops (e.g. tomato and cucumber) is assessed in order to control that their levels are within the permissible limit in the domestic as well as overseas markets; and most importantly the governments should ban the application of such compounds. Regarding the increasing consumption of pesticides in agriculture, the current study aimed at determining the amount of pesticide residues in crops such as tomatoe and cucumber to ensure that Codex maximum residue limit (MRL) alimentarius is not violated.

Vegetables and fruits with a high level of pesticide residues, which particularly violated the MRL, are sold in markets of Tehran, Iran. Therefore, it is suggested that the application of pesticides on fields and greenhouses be controlled and their residue levels be measured using the multiresidue method before distribution. The current study findings showed that the multi-residue method with GC/MS could detect a large number of pesticide residues at the same time with high accuracy. Therefore, it is recommended that this method be employed for all vegetables and fruits in order to assess their pesticide residue levels before reaching the markets.

Pesticides are widely used to control crop pest in Iran (1-3). The application of highly persistent organochlorine pesticides was curtailed since the 1980s (4-7). Poisoning due to pesticides among the human beings throughout the world increased from 500,000 cases per year in 1972 to 25,000,000 cases per year in 1990 (8). Pesticides have several valuable effects including crop protection, conservation of foods and materials, and prevention of vector-borne diseases. Pesticides are toxic, and biocides are designed to kill, diminish, or keep away insects, weeds, rodents, fungi, or other organisms that can threaten the public health and economy.

There is growing concern about children’s exposure to pesticides and their special susceptibility. Children are more sensitive and also more likely to be exposed to pesticides (9). The organophosphorus pesticides are still applied in some developing countries including some regions of Iran. It seems essential to inform the community about the residue of this class of pesticides applied to the vegetable crop of the tropical and subtropical regions of the world (10). Pesticides applied on food crop leave residue, which may be hazardous to the consumer. Tomato and cucumber are two of the most important vegetable crop of the tropical and subtropical regions of the world (11). During the last decade, several studies were conducted on vegetable crops such as tomato and cucumber contamination with pesticides (12-17). Therefore, it is important to make sure that the residue levels of the pesticides at the time of harvesting vegetable crops (e.g. tomato and cucumber) do not cause any exposure to the consumers and are within the permissible limits in domestic as well as overseas markets. Since there is no available published information on different classes of residues except diazinon in tomatoes and cucumbers, the current study was carried out on the abovementioned vegetable crops. The current study aimed at selecting a wide range of pesticide classes in order to cover most of the pesticides currently applied on the vegetable crops.

The pesticide formulations were obtained from local licensed markets. A simple multiresidue method was employed to detect the selected pesticides (chlorinated hydrocarbon, organophosphate, carbamates, and pyrethroid insecticide) according to Kadenczki et al. (18) and Abbassy (19). The principles of the abovementioned method were based on a homogenous sample pulp adsorbed on the surface of activated florisil to obtain a free-flowing powder. For this purpose, a 5-g of homogenous sample was extracted into a glass column with 5 mL ethyl acetate. Gas chromatography (GC) was used as follows:

Solvents and reagents such as acetone, ethyl acetate, methylene chloride, methanol, ethanol, n-hexane and florisil 60 - 100 mesh, and sodium sulfides were of analytical reagent grade. Analytical standards of the pesticides were provided by Accustandard Europe Niederbipp, Switzerland.

The analytical standards were as follows:

(a) Endosulfan as a chlorinated hydrocarbon insecticide,

(b) Diazinon, dichlorvos, and chlorpyrifos as an organophosphorus pesticide,

(c) Carbaryl as a carbamate insecticide,

(d) Fenpropathrin and permethrin as a halogenated pyrethroid insecticide.

Quality control of the analysis of pesticide residues (cucumber and tomato) consists of (1) analysis of blank samples; (2) analysis of the samples in duplicate; (3) determination of the method detection limits for the analyzed pesticides using samples with no pesticide residue (the limits of the obtained detection method ranged 0.5 to 2.0 ppb to detect the GC of the tested pesticides, and < 0.1 ppm for the GC/MS system); (4) estimation of the extraction procedure efficiency (recovery test), pulp samples of the fresh tomatoes and cucumbers were fortified at 0.5 and 1 mg/kg of the analytical standards dissolved in acetone. Recoveries of all pesticides were tested in five replicates. The obtained recovery of the analyzed pesticides ranged from 81.16 to 103.3 (5). The simultaneous injection of the samples was performed with two different systems and the obtained data were considered in case of similarity.

Chlorpyrifos, diazinon, phosalone, endosulfan carbyl, fenpropathrin, and permethrin were detected in 18.5, 44.4, 25.9, 11.1, 18.5, 37, and 51.8 µg/g of the total samples of tomatoes with the mean levels of 0.22, 0.059, 0.177, 0.11, 0.37, 0.28, and 0.99 µg/g, respectively (Table 1). Dichlorvos residue was not detected in tomato samples. As shown in tomatoes, the permethrin residue was found at high levels compared with the other pesticides. Different amounts of the pesticide residues were observed in the whole samples of tomatoes and cucumbers (Tables 1 and 2). The carbaryl, fenpropathrin, and endosulfan showed the lowest percentage of the detected pesticide residue with 11.1% in cucumber samples. The highest level of the above pesticide residues (55.5%) was concerning the diazinon. The carbaryl and permethrin were detected at high amounts of 0.37 and 0.72 µg/g in tomato and cucumber samples, respectively.

Table 2. Pesticide Residue in Cucumber Samples Collected from the Fielda,b

The MRLs were established on pesticide residue by Codex Committee. The Food and Drug Administration (FDA)/World Health Organization (WHO) in 1992, which is the highest level of a pesticide residue legally tolerated in or on food or feed when pesticides are applied correctly in accordance with Good Agricultural Practice. The detected pesticide MRLs in the vegetables and fruits were generally ranged from 0.5 to 5.0 ppm. In the current study, the detected pesticide MRLs were violated and analyzed in five tomato samples (Table 1). The highest residue levels were found in the collected tomato samples in July and August. Pesticide is mostly applied at this time in this area. Endosulfan residue was not detected in cucumber samples. As shown in cucumber samples (field or greenhouse crops) (Tables 2 and 3), dichlorvos residues were observed at high levels (1.81 µg/g) compared with the other detected pesticides and endosulfan (a chlorinated hydrocarbon) not detected in all analyzed cucumber samples.

Results of the current study demonstrated that some pesticide residues such as chlopyrifos, diazinon, and permethrin in most samples were violated more than Codex MRL alimentarius. Since the current study was conducted just on pesticide residues in the fruit samples, then it is suggested that the fruit producers should regard the preharvest periods (e.g. five days for diazinon; four days for permethrin, and 13 days for chlorpyrifos) before distributing the crops into the markets. As the previous studies showed, considering preharvest period on the fruits and vegetables decreased the level of different pesticide residues (6, 19-25). As a general trend, the current study showed that the detected pesticides on tomato and cucumber were almost similar to those of some previous studies (26-28), but gradually higher than the results of the study by Abbassy (19). Dejonckheere et al. (27), found that 48.6% of the fruit and 68.7% of the vegetable samples had pesticide residues, while in the current study, pesticide residues were detected in all samples. Dogheim et al. (28), reported that no organophosphorus pesticide residues were observed in plant samples, except for very low residues of dimethoate in an orange sample. These findings showed that direct application of pesticides in agricultural practices on vegetable and fruit crops in Iran should be decreased. In the GC analysis, false positive results can be observed base on retention time detection, while the mass detector in the GC/MS is capable of reducing the false positive data; then it is suggested to use GC/MS to achieve high accuracy results concerning pesticide residues detection. It can be concluded that the multi-residue method capable of analyzing many pesticides at the same time with an increased accuracy was detected. As a result, this technique can be a useful and highly effective to detect the pesticide residues.

By training agricultural producers and encouraging government policies, it is possible to take a practical step toward reducing the utilization of chemical pesticides. This action leads to producing natural and pest-resistant crops with higher nutritional values.

5.2. Limitation of the Study

Since the current study was conducted without any supports of the governmental organizations, there was a financial budget constraint to expand the choice of fruit variety.