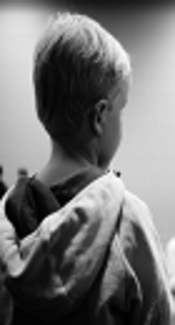 This study was a descriptive cross-sectional study of 90 healthy children aged six to eleven years old. The ability of healthy children was once measured after becoming familiar with how they performed the Box and Block test and Nine Hole Peg test.

The study found that using the Box and Block test and the Nine Hole Peg test can distinguish between skills of healthy children with children, who have special needs at any age and, they receive interventions based on the difference in range.

The main purpose of occupational therapy is to use targeted activities to achieve autonomy in everyday life, despite the presence of other disabilities. Many everyday chores, such as needle ping, nail polishing, brushing, and the like require clever skills (1). The effective use of hands depends on the complex interaction hand skills, posture mechanisms, cognition, and perception (2). The motor skills of the hand are performed with the help of large and small muscles, and coordination of senses (3). These skills include reaching objects, catching, manipulating skills, carrying, releasing voluntarily, and coordinating organs (2). Weak motor skills can cause problems in movements, dependence in daily activities, mood and emotional changes, and ultimately lack of participation in individual and social activities (1, 2). The correct functioning of the hands includes the ability to study, have an accurate motion, and avoid injuries or minimize them (2).

Sensory-motor skills are measured by various tests. These include sensory proficiency, extreme sensitivity, heat, sentimental sensitivity, dual-point differentiation, removal of mobber objects, ultrasonic scales, ward and pigeon-ball (1, 2, 4). One of the most affordable tools is the Box and Block test (BBT) and the Nine Hole Peg test (NHPT) that are manually handled (5, 6). Due to the availability and simplicity of testing, a large number of therapists in clinical settings use these tests to evaluate and assess the hand skills of the referrals. A measurement of manual skills shows the rate of progression and recurrence of the referring person. The tools can also be used to treat the referrals.

In the 1980s, several studies aimed at evaluating the stability and softness of BBT and NHPT tests. Good Kane’s tests show changes in the upper extremity function (7). Poole also used the results of these tests to screen children with delicate movement problems (8). Mathiowetz also found that the average manual skill of older children was more than younger children. Female children also had higher privileges than males and rightists (9). The results of this study also coincided with the study of Jungleblad (6).

Spectral studies have been conducted since 1980. Over time, the lifestyle of individuals has changed. With the advancement of technology, manual skills are also no longer the same. Therefore, therapists have been sceptical in the generalization of the results of past studies with the customs of western societies despite the developments of the present era. There is also no previous special study of children within this age range. Therefore, the aim of this study was to determine spatial resolution of children aged six to eleven years using BBT and NHPT tests. At the same time, the study also included a quantitative measure of the abilities of healthy children and compared them with the abilities of children with different illnesses. These tests are easy to use. Hence, they are widely used in clinical settings.

This study was a descriptive cross-sectional study. The participants included 90 healthy children, randomly selected from schools of Semnan, Mashhad, and Tehran. Inclusion criteria were the ability to remove small beards, not having physical, cognitive, and behavioural emotional illnesses, and age between six and eleven. The exclusion criteria included lack of participation of the subjects. After approving by Ethics Committee of Semnan University of Medical Sciences (IR.SEMUMS.REC. 1393.3) and obtaining a signed consent form from each of parents of the participants, BBT and NHPT tests were conducted under the same conditions from each sample.

After a three-minute break, the NHPT test was assigned to the participants. In this test, the participants were asked to place each of the nine pegs at maximum speed in the holes, individually. After picking up each of the nine pegs, they were returned to their original location, immediately. The test time was recorded in seconds from the moment of removing the first nut to removing the last nut. The high interrater reliability (rs > 0.99) and test–retest reliability (rs = 0.81 and 0.79) were reported. The validity of the NHPT was indicated by correlation coefficient of 0.80 for the dominant hand and 0.74 for the nondominant hand (8). Data were analysed using the SPSS version 18 software. The Kolmogorov-Smirnov test with a 95% confidence level and dispersion indicators was used to evaluate the data of variables.

The results of this study showed that younger children have better hands-on skills. In the BBT, the number of blocks in the box is put in the box and in the NHPT, in less time; they can put the pegs in the boards and remove them. Tables 3 and 4 show the manual skills of females and males in each test and age range.

Tables 3 and 4 showed that comparing the scores obtained from both tests, it turns out that the grades in both genders have a slight difference. Sometimes females showed better grades than males. Also, in both groups, the mean right-hand score was slightly better than the left hand.

The purpose of this study was merely to obtain a mean score for healthy children in order to compare the scores of children referred to the rehabilitation centres, and to increase the range of scores of children with healthy therapists to achieve their manual abilities. The results of this study showed that children aged six to eleven in the BBT and NHPT test had approximately the same results as other studies (8, 9).

In this study, the scores of BBT and NHPT were obtained in both males and females. The results of the study showed that females had better grades than males. Also, stiff neck increases with age, and hand preference increases the score. Generally, the superior right-hand scores were better than the superior left. These tools are very cheap and available, thus occupational therapists can easily use them at their clinics.

Many studies, such as the Virgil Matthews study, support the results of this thesis. The study showed that females are quicker than males in subtle manual skill tests. It also handed over the highest scores to the defeated hand. Also, younger age increases the ability to handle more manually. Earhart also stated that females are more likely to complete NHPT testing than males (10). This finding is consistent with the results of this study. However, a study by Dr. Olyaei et al. in 2007 showed that the mean difference between the two groups of males and females was not significant (11). That was different from the current results. The results of a study by Wang et al. also showed that the dominant hand completes faster than the test-retest, which suggests that the results of this study are consistent (12).

Jongbloed-Pereboom et al. found that older children had higher scores than younger children in their BBT test normalization in children aged three to ten years old. Also, intraclass correlation coefficients for test-retest and interrater reliability measures were 0.85 and 0.99, respectively. This test was consistent with the results of this study (6).

One of the limitations of this study was the fact that the number of left-handers was not equal to the top right in each age range. This suggestion should be followed by future studies.

The study found that using the Box and Block test and the Nine Hole Peg test can determine the skills of healthy children and children, who have special needs at different ages, and children with disabilities can receive interventions based on the difference in range. Also BBT and NHPT are simple, inexpensive, useful, and reliable tools for measuring manual skills. Improving manual skills will make people more involved and maintain their independence. These tools can be a good measure for assessing the skills of children with various diseases in comparison with healthy children.

The authors would like to thank the Research Centre of Neuromuscular Rehabilitation of Semnan University of Medical Sciences for cooperation and providing facilities for this study.