Prevalence of Depression Among Primary Caregivers of Stroke Survivors in Nigeria 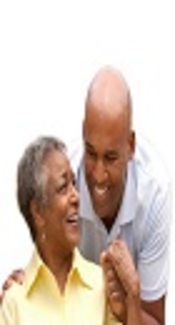 Stroke has a great adverse effect not only on the lives of stroke survivors but also on the informal caregivers, as they provide care ranging from assistance in activities of daily living, leading to a high risk of depression and other psychological morbidities.

This study explored the prevalence of depression and associated factors among primary caregivers of stroke survivors in Nigeria.

A cross sectional survey on the prevalence of depression among primary caregivers of stroke survivors was conducted at selected hospitals in Maiduguri, Nigeria. A sample of convenience was used to recruit participants in this study. The Beck depression inventory was used to screen for depression. Data form and patients folders were used to obtain socio-demographics and clinical characteristics of participants and stroke survivors.

Caring for the patients with stroke presents increased in the psychological impact of caregiving for stroke survivors, it is therefore recommended that information, education, and support should be provided to primary caregivers as they are key in sustaining rehabilitation gains and long term overall well-being of stroke survivors.

Globally, stroke has been reported as one of the leading causes of mortality and disability (1). Every year, about 15 million of the world population suffers from stroke, out of which around 33% die and 33% become disabled permanently (2). It is projected in the next 15 years that a great majority of stroke incidence will occur in people living in low and middle-income countries like to Nigeria (3). In 2005, deaths, as a result of stroke in low-income and middle-income countries, were 57 million with a mortality in Nigeria reported as 126 per 100,000 (4). Stroke is a long-standing and debilitating condition that has a profound negative influence on not just the sufferers, but also on their families and distort to varying degree activities of daily life such as self-care, employment, and leisure of the sufferers (5). Stroke has a great influence not only on stroke survivors, but also on their caregivers (6). Primary caregivers are the individuals who take cardinal care for someone who cannot care for themselves, usually a family member or friend following the onset of a debilitating illness (7). The burden of long-term care for stroke survivors, as a result of stroke, are largely undertaken by the primary caregiver, which in the most instance is a family member of the patient; this could also eventually impoverish the family due to reduced working hours in income generating activities (8). Caregivers of stroke can therefore be considered the 2nd victim of the disease, as they are often not supported by the health system or integrated into the rehabilitation process (9). The burden of caring for stroke survivors place the caregivers at risk of psychological morbidity (10).

Depression is a disorder characterized by sadness, loss of interest in activities, and decreased energy (11) and has been widely explored among primary caregivers, especially among females and adolescents (12). The prevalence of depression is reported to be in preponderance among caregivers of stroke patients than in stroke survivors, with prevalence among stroke survivors ranging from 30% - 52% of depression in stroke caregivers (13).

In Nigeria, there has been growing concern about the burden of stroke and stroke-related side effects in different parts of the country among hospital and community in-dwelling population groups (18-20). There is, however, growing documentation of the caregiving burden, poor caregiver outcomes, lack of caregiver support, and equivocal success aimed at ameliorating the caregiving burden, which may affect mental health (21). Hence, the emphasis in stroke rehabilitation needs to shift from patient-focused approach to a holistic combined patient-caregiver-focused approach, which is necessary due to the fact that primary caregivers are central in sustaining rehabilitation gains of stroke survivors (21).

The participants for this study were primary caregivers of stroke survivors attending physiotherapy clinics at selected hospitals in Maiduguri, North-eastern Nigeria.

BDI is a 21-item, self-report rating inventory that measures symptoms and behaviour of depression (22) using a four-point scale, which ranges from 0 (symptoms not present) to 3 (symptoms very intense). Completion time for the BDI is approximately 10 minutes. The BDI consists of systematically structured questions that assess mood, pessimism, and sense of failure, self-dissatisfaction, guilt, punishment, self-dislike, self-accusation, suicidal ideas, crying, irritability, social withdrawal, body image, work difficulty, insomnia, fatigue, appetite, weight loss, bodily preoccupation, and loss of libido. Items 1 to 13 assess symptoms that are psychological in nature, while items 14 to 21 assess physical symptoms peculiar to depression. Scores from 0 to 10 represent normal, scores from 11 to 17 indicates mild mood disturbance, scores from 17 to 20 indicate borderline clinical depression, scores from 21 to 30 indicate moderate depression, scores from 31-40 indicates severe depression, and scores over 40 indicates extreme depression. The BDI has also shown high construct validity with the medical symptoms it measures. Internal consistency for the BDI ranges from 0.73 to 0.92 with a mean of 0.86 (20). The BDI demonstrate high internal consistency with alpha coefficients of .86 and .81 for psychiatric and non-psychiatric population (23).

Ethical Research Committee of the University of Maiduguri Teaching Hospital gave approval for the study. The permission of the departments of physiotherapy at the selected hospitals was also sought and obtained. The informed consent form was signed and obtained from all of the subjects. Study data form and Beck depression inventory were administered to the participants that met the inclusion criteria of the study to complete at the selected sites and the researcher obtained patients clinical characteristics from the patients’ folders.

Descriptive statistics of mean, standard deviation, frequency, and percentages were used to summarize the data. Chi square test was used to assess the difference in prevalence of depression among participants. This data summary was performed utilizing statistical package for social sciences (SPSS), (Windows version 20.0).

Table 1. Socio-Demographics Characteristics of Participants and Clinical Factors of Their Stroke Survivors (n = 115)

Table 2. Prevalence of Depression Among Caregivers of Stroke Survivors (n = 115)a

aNormal and mild mood depression = Considered as not depressed.

Table 3. Chi-Square Test for Difference in the Prevalence of Depression Among Participants

The success of the rehabilitation process after a stroke involves supportive caregivers who provide direct assistance. Caregiver burden is a multidimensional construct, which involves not only objective burden (caregiving tasks and time), but also the caregivers' subjective report of the care they provide in terms of emotional cost of caregiving involvement hence needs to be integrated into the rehabilitation process.

In addition, the type of stroke was shown to have a significant association with depression in our study. In our study ischaemic stroke patients’ caregivers were observed to have a higher prevalence of depression. This is not unanticipated as it has been reported in the literature that patients with haemorrhagic stroke have shown better neurological and functional prognoses than ischaemic stroke survivors (35). The poor functional prognoses in ischaemic stroke survivors will result in more functional limitation that necessitates much dependence and assistance from the caregivers (36) precipitating long-term and more demanding care, which impoverishes the caregivers both physically and psychologically (8) making them vulnerable to depression.

An important limitation of this study was the non-probability sampling technique utilized in recruiting participants, which could have resulted in selection bias and may have negatively affected the generalizability of findings. Also, our study did not put into consideration the severity of the disability of stroke survivors and the presence or absence of other disabling conditions such as musculoskeletal problems (not as a result of the stroke) among stroke survivors in this study, which may negatively affect the dependence of stroke survivors on their care-giver.

We express our profound gratitude to the head of physiotherapy department of the University of Maiduguri Teaching hospital, Maiduguri, Nigeria. We also appreciate the participants that agreed to participate in this study.