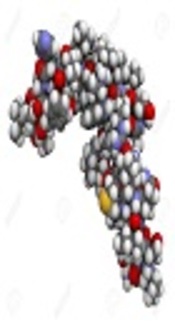 Parathyroid hormone-related protein (PTHrP) is a multi-functional protein with a sequence “aa 1-34” similar to that of parathyroid hormone (PTH). In spite of growth factor activity, there is no standardized analytical method to determine the biological activity of recombinant PTHrP.

Human PTHrP is the product of a single gene and is transcribed into different isoforms through an alternative splicing process that confers its pleiotropic activity (1). The N-terminal domain of PTHrP protein is very similar to that of parathyroid hormone (PTH) and acts on the same receptor associated with G proteins (2). Mature PTH is composed of 84 amino acids, is synthesized by parathyroid glands, and acts on kidney and bone to regulate calcium homeostasis in the blood.

The first evidence of PTHrP protein was observed in cancers (3) associated with increased serum calcium levels and its coding mRNA was isolated from cancer cell lines (4). PTHrP is a paracrine/autocrine factor with more diverse functions compared with those of PTH, which has fewer targets in bone and kidney. PTHrP is required to activate growth of mammary glands, tooth eruption, homeostasis of hair follicle development and is considered as a key factor for the normal development of osteochondral growth plate as well as alleviation of hypertrophy.

Hypertrophy as a natural phenomenon during terminal differentiation of mature chondrocytes, results in the expression of hypertrophic markers such as type X collagen (ColX) and alkaline phosphatase (5), and leads to an increase in cell size. The recent studies confirmed the positive effect of PTHrP on chondrogenic differentiation of marrow/adipose derived mesenchymal stem cells (MSCs) (6). Moreover, some anti-hypertrophic effects are reported for 1-34 N-terminal amino acid sequence of PTHrP (7).

MCF-7 is a human cancer cell line isolated from breast cancer and has some similar features with mammary glands epithelial cells, such as sensitivity to estrogen (8) and PTHrP (9). In addition, PTH/PTHrP cell surface receptors are responsible to induce cell proliferation (10) of breast cancer cells and incidence of bone metastasis (11).

Despite the important roles of PTHrP in breast cancer malignancy as well as chondrogenic differentiation of MSCs, there is no commercial or acceptable procedure to analyze biological activity of its recombinant form. Given the high sensitivity of cell line MCF-7 to PTH/PTHrP, which results in proliferation in response to the sub-nanomolar concentration of the protein, it has good potential to investigate PTH/PTHrP biological activity.

In the current study, the PTHrP encoding gene was isolated from a cDNA library of the human testis, cloned and expressed in Escherichia coli host. The biological activity of the recombinant protein was investigated using a sensitive and reproducible method, which assayed PTHrP-mediated cell line MCF-7 proliferation. To prove the efficiency of the new method, anti-hypertrophic properties mediated by PTHrP during chondrogenic differentiation of MSC was tested. The efficient procedure of bioassay used to analyze recombinant PTHrP could also be utilized as a practical and robust method for biological evaluation of this protein.

3.2. Purification and Characterization of Recombinant Protein

Serial dilutions ‎of recombinant PTHrP (0 - 1000 nM) were provided in a 96-well flat-bottom plate ‎in assay ‎medium, then 2000 MCF-7 cells were added to the plate and incubated for 3 days at ‎‎37°C in a ‎humidified atmosphere containing 5% CO2‎‎. The rates of cell proliferation were assayed using the cell titer 96 non-radioactive cell ‎‎proliferation MTS (3-(4, 5-dimethylthiazol-2-yl)-5-(3-carboxymethoxyphenyl)-2-(4-‎‎sulfophenyl)-2H-tetrazolium, inner salt; MTS (a) assay kit (Promega). Cell proliferation was ‎assessed by adding 20 µL of the ‎MTS reagent into each well and cells were incubated at 37°C for ‎‎3 hours. After this time the ‎absorbance was measured at 490 nm using a microplate reader (Multi ‎spectrum, Themo scientific).‎

Chondrogenic differentiation of MSCs was accomplished following a previously reported protocol with minor modifications (12). Briefly, rabbit bone marrow derived MSCs were expanded and trypsinized at passage 3, and then, collected via centrifugation. The cells were resuspended in chondrogenic medium (Lonza, PT-3003) containing 10 ng/mL transforming growth factor (TGF) beta 1 (R and D Systems, 240-B), 200 ng/mL BMP-2 (Sigma, H4791), counted and pelleted in non-adherent 96-well V-shape bottom plate (Corning life science, 3956) through centrifugation at 1000 g for 5 minutes. The plates were incubated at 37°C humidified CO2 incubator for 30 days and the medium was changed every 2 - 3 days. Recombinant PTHrP (0.1 nM) was added to differentiate the medium on day 16 and pellets were harvested on days 23 and 30 for further molecular and histological analysis.

Immunohistochemistry analysis was performed on 5-µm section of micro masses after paraffin removal and rehydration. The sections were then incubated with 0.25% trypsin/1 mM EDTA for 5 minutes at 37°C for antigen retrieval. The primary antibody incubation was performed overnight at 4°C and the secondary antibody was applied on sections for 2 hours at room temperature using 1/300 collagen type X antibody (Abcam, ab58632) as the primary and 1/200 goat anti-rabbit IgG (Abcam, ab6721) as the secondary antibody, respectively. DAB substrate was used to detect reaction.

Micro mass RNA was extracted employing RNeasy Mini Kit (Qiagen, 74104) and cDNA synthesis was performed using PrimeScript™ first strand cDNA synthesis kit (TAKARA, 6110A), according to the manufacturer’s instruction. The mRNA levels of alkaline phosphatase (ALAP) and ColX genes were measured by quantitative real time polymerase chain reaction (RT-PCR) (Step one RT PCR Applied BIOsystems, USA) using SYBR® Green PCR Master Mix (invitrogen) as hypertrophic markers. The RT-PCR condition was as follows: incubation at 95°C for 2 minutes followed by 35 cycles at 95°C for 15 seconds and at 60°C for 60 seconds. All data were normalized to an endogenous control (GAPDH) and relative to a calibrator (samples without treatment) and the quantitative results were derived using the 2-∆∆Ct method. The primer sequences are provided in Table 1.

Statistical analyses were conducted using Prism 5 software. Each experiment was performed in triplicate and analyzed using one-way ANOVA followed by t test. The results were expressed as mean ± standard deviation (SD). In all the cases, a P value of < 0.05 was considered as statistically significant.

The PCR-amplified fragments of PTHrP with the desired product size that contained the restriction sites for NCOI/XhoI were cloned into pET32a vectors using digestion-ligation cloning method. Colony PCR amplification via T7 primers confirmed the recombinant colonies. Also, DNA sequencing and BLAST analysis of the insert sequence against GenBank verified the sequence of insert and identified it as NM-198965.1 (Figure 1A).

cThe purity of target protein was quantified on each gel lane using densitometry method and exhibited as a percent of volume density.

dThe yield of each fraction was estimated based on the target protein content (mg) per wet weight of bacterial pellet (g).

eThe insoluble fraction of protein extracts were dissolved in 8 M urea and quantified.

4.2. Investigation of PTHrP-Induced Proliferation of MCF-7

MCF7 is a breast cancer derived cell line and contains cell surface receptors for PTHrP proliferated in response to PTHrP. The current study used MTS analysis (Figure 2) of recombinant PTHrP treated MCF-7 cells to calculate the ratio of cell proliferation in the treated groups to those of the control group (0.01 nM PTHrP treated group). The net OD490 value (∆Rn) was measured by subtracting OD 490 nm of blank (0 nM PTHrP) from each of the PTHrP treated groups. Then, the values were normalized by dividing the subtracted values by the values of the control group and expressed as relative absorbance at OD 490 nm (∆Rn / ∆Rctrl ). The results showed a significant increase in MTS assay absorbance of MCF-7 cells treated with either submicromolar concentrations (1 nM ≤ absorbance ≤ 1 µM) of rPTHrP or commercial PTHrP. Figure 2. MTS assay of MCF-7 cells treated with different concentrations of recombinant PTHrP and commercial PTHrP. The numbers on the x-axis indicate molar concentration of PTHrP. The y-axis shows the relative absorbance of each blanked groups compared with that of control at OD = 490 nm.

Glycosaminoglycan content of differentiated micro-masses represents chondrogenesis process that can be evaluated using metachromatic staining with toluidine blue and safranin O. Metachromatic staining of s-GAG did not exhibit significant changes in the PTHrP treated group as compared with those of blank either on day 23 or day 30 (Figure 3). Therefore, PTHrP did not show any adverse effects on chondrogenic differentiation potential of MSCs.

The activity of ALP and ColX is considered as a specific marker of hypertrophy. Therefore, the expression of ALP and COL10A1 genes were investigated both at mRNA and protein levels using quantitative RT-PCR and histology analysis. Figure 4. Gene expression analysis of ALP at mRNA and protein levels; quantitative RT-PCR data for ALP gene obtained after 21 and 30 days for blank and treated groups cultured in chondrogenic differentiation media supplemented with/without PTHrP (A). Histochemistry analysis of 5-µm sections of chondrogenic differentiated micro masses treated with (C and E) and without (B and D) PTHrP. ***; P < 0.001.

Additionally, mRNA level of ColX exhibited a significant decrease (P < 0.01) in the treated group compared with that of the blank group on day 30 (Figure 5A). At the protein level, ColX did not show a significant change in the expression between days 23 and 30 in the blank group (Figure 5B and D), whereas it drastically reduced in the PTHrP treated group on day 30 (Figure 5C and E). Figure 5. Gene expression analysis of ColX at mRNA and protein levels; relative gene expression of COL10A1 was quantified using qRT-PCR for blank and PTHrP treated groups at days 23 and 30 (A). Immunohistochemistry analysis of collagen type X protein in micro masses differentiated to chondrocytes with (C and E) and without (B and D) PTHrP at the day 23 and 30.

PTHrP is an autocrine/paracrine regulatory factor with a similar structure to PTH and diverse biological functions. Although PTHrP acts through cell surface receptors, understanding its activity as a growth factor is still controversial (13).

In the current study, the coding sequence of PTHrP “aa 37-177” was isolated and cloned into the pET32a plasmid and then expressed in E. coli host. DNA sequencing and mass spectrometry analysis confirmed the identity of this protein as PTHrP. To the best of authors` knowledge, it was the first study investigating the biological activity of recombinant PTHrP using human breast cancer cell line MCF-7, yet, its role in cell surface receptor-dependent proliferation of breast cancer cell was previously reported by others (9, 10).

There are numerous reports concerning anti-hypertrophic and positive effects of PTHrP on chondrogenic differentiation of MSCs (5, 17). The previous studies demonstrated that application of TGFβ (transforming growth factor β) and BMP (bone morphogenetic proteins) for in vitro chondrogenesis of MSCs leads to induction of hypertrophy in differentiated chondrocytes (18). The study similarly observed an increase in hypertrophy markers (ALP and Col X) using TGFβ1and BMP-2 for chondrogenic differentiation of MSCs. Application of sub-nanomolar concentration (0.1 nM) of recombinant PTHrP for 2 weeks showed a significant decrease in the expression of hypertrophic markers (Figures 4 and 5). In contrast to other reports (9, 13), indicating activation of both AC and PLC pathways in MCF-7 cells induced by submicromolar concentrations of PTHrP, it seems that subnanomolar concentrations of PTHrP have anti-hypertrophic effects on in vitro chondrogenic differentiation through the AC pathway. However, further studies are required to better understand the signal transduction pathway involved in anti-hypertrophy effects of PTHrP.

In conclusion, the current study results indicated that recombinant PTHrP had positive effects on MCF-7 cell proliferation in a certain concentration that can be used as a relatively quick and easy method to analyze its biological activity.

The current study was supported by grants received from Semnan University of Medical Science and Royan institute. Authors would like to express their gratitude to Dr. Mahmood Talkhabi (University of Shahid Beheshti) for his assistance in manuscript preparation.