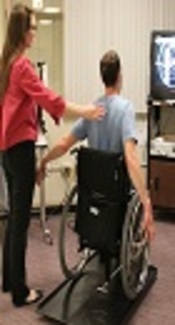 Virtual Reality: A Novel Approach in Rehabilitating People with Schizophrenia

Since the introduction of schizophrenia, different approaches have been developed to ameliorate the symptoms or improve the quality of life in patients who are diagnosed with schizophrenia. Currently, scientists around the world are developing new techniques to treat and rehabilitate people with schizophrenia. One of these techniques is virtual reality, which benefits the patient through simulating the experience of acting in a variety of settings and interacting with virtual characters. In this study, we aimed to briefly introduce this technique to scholars in the field of psychiatry and rehabilitation.

Schizophrenia is a complex, multidimensional disorder. People with schizophrenia not only experience a broad range of positive symptoms, such as hallucinations and delusions, but also suffer from cognitive deficits and negative symptoms, which cause major damage to their social and interpersonal functioning (1). Considering treatment, schizophrenia is recognized as one of the costliest disorders. Due to its recurrent nature and resistant symptoms, many patients require long-term hospitalization. In addition, owing to the patients' social skill deficits and unemployment, the disease imposes great burdens on the society, as well as the healthcare system (1, 2).

With technological advances, several gadgets and computer-based programs are being developed to help rehabilitate people in need, such as patients with schizophrenia. One of these advances is utilization of virtual reality (VR). VR is an emerging digital-based technology, which allows users to explore and experience vocal and visual sensory stimuli by creating an artificial, three-dimensional environment. To become a part of this virtual world, the user needs to wear a head-mounted VR display connected to a computer or smart phone; this enables the user to be involved in the virtual environment and even interact with virtual objects, highly similar to the real world. Moreover, users can manipulate objects or perform a series of actions in a way that is not possible in the real world.

Indeed, the VR environment represents a simulated scenario of the real world, where users can potentially act or interact in imaginative and sometimes unexpected ways. In recent years, it has been proposed that VR technology may facilitate some forms of medical care, treatment, and rehabilitation (3, 4). There is evidence of using VR as an effective tool for boosting social and job-related skill training in patients who are diagnosed with schizophrenia (5-7). Through simulation of the experience, VR allows patients to recognize virtual objects, known as avatars, or interact with them. It also gives patients a chance to experience a judgment-free environment with unlimited opportunities to repeat a task and facilitate their learning (6, 8).

A new line of studies is investigating the efficacy of VR in cognitive rehabilitation of people with schizophrenia. In a study conducted on inpatients with schizophrenia, Tsang et al. showed that patients, who received VR-based vocational training (VRVT), performed better in cognitive functioning, assessed by the Wisconsin card sorting test, in comparison with patients receiving therapist-administered vocational training (TAVT) or the conventional group. Both VRVT and TAVT improved work performance, as reflected by the on-site tests. Except for one person experiencing simulation sickness at the beginning, which faded over time, no adverse effects were reported (6). In another study, Smith et al. found that 10 hours of a simulated job interview with a virtual character and didactic online training not only could improve their job-interview role-play performance, but also increased their self-confidence (9).

Lack of motivation and drive, whether due to negative symptoms or cognitive deficits, is another barrier for patients with schizophrenia. In this regard, Park et al. used VR techniques to further motivate patients for rehabilitation. In a clinical trial, patients were assigned to learn social skills through traditional role-playing (SST-TR) or VR role-playing (SST-VR). The SST-VR group showed more interest in social skill training and generalization of skills. One particular advantage was improvement of conversational skills and assertiveness (5).

Quite recently, VR has been used in the treatment of schizophrenia. In this approach, patients learn to resist omnipotent voices (8). In this regard, in an ongoing clinical trial, researchers attempted to maintain a direct conversation between the patient and the violent voice; therefore, patients practiced skills to cope with the situation (10). Even though VR technology has been used in objectifying the diagnosis (11) and treatment of schizophrenia as mentioned earlier (4), its application in rehabilitation is still in its infancy. Some scholars argue that limitations, such as high cost of devices, need for expert program writers and design of completely new methods of rehabilitation, besides inaccessibility in some areas, are the main drawbacks in the clinical application of this method.

However, current advances in technology have led to the development of more user-friendly, easily accessible devices, as they are used successfully in medical education by the authors at Birjand University of Medical Sciences, Iran (12, 13). After this successful trial, we are currently implementing a project to improve the current techniques and expand the application of new technologies in psychiatry with regard to previous studies mentioned above.

This project aimed to meet three basic goals: first, to build a VR experience consistent with our culture and familiar for the patients; second, to build a model of an artificial experience of psychosis with the help of an expert psychiatrist team according to the patient's real-life experiences; and third, to facilitate accessibility for patients and their therapists. The expected outcome is to utilize these techniques in education, as well as treatment and rehabilitation of patients with schizophrenia.

As mentioned earlier, VR has enormous potentials to help both researchers and clinicians expand the current knowledge and promote the application of VR techniques in their practice. This type of communication aims to direct the scholars’ attention towards the importance of keeping pace with technological changes through applying new technologies in order to improve the welfare of patients with schizophrenia. Nevertheless, most research on the development of VR has been carried out in Western countries and Australia. This further indicates the importance of informing Asian scientists about the current methods in this field.

Copyright © 2018, Middle East Journal of Rehabilitation and Health Studies. This is an open-access article distributed under the terms of the Creative Commons Attribution-NonCommercial 4.0 International License (http://creativecommons.org/licenses/by-nc/4.0/) which permits copy and redistribute the material just in noncommercial usages, provided the original work is properly cited
download pdf 77.43 KB Abstract XML Get Permission (article level) Import into EndNote Import into BibTex
Number of Comments: 0