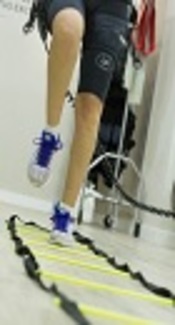 This methodological study evaluated the psychometric properties of the Persian version of the questionnaire for patients’ satisfaction with physical therapy.

A total of 297 patients with musculoskeletal disorders at public physical therapy centers in Kerman, Iran, participated in this study and 40 participants, five to seven days later, answered the questionnaire again. Cronbach’s alpha coefficient was 0.95 and ICC was 0.88. The confirmatory factor analysis confirmed the four-factor solution. The correlation coefficients of the total score of the questionnaire with the VAS and GRC scores were -0.24 (P = 0.0001) and -0.32 (P = 0.0001), respectively. The correlation of this questionnaire with the other physiotherapy satisfaction questionnaire was good.

The Persian version of the 14 items on patient satisfaction with physical therapy questionnaire exhibited acceptable reliability and validity.

Patient-centered care is one of the major goals of rehabilitation (1). With population aging, rising patient expectations, emerging technologies, and new therapies, the healthcare industry is growing fast. Therefore, promotion of services and customer satisfaction is very necessary (2).

It is very common to use a questionnaire in many studies to assess patients’ satisfaction due to its easy management, cost-effectiveness, and reproducibility (5). Completion of the questionnaire is not time consuming, and in comparison with interviews it does not report a falsely high score, and bias does not occur. One of the drawbacks of patient satisfaction studies is the lack of methodological studies (6).

In comparison with a normal visit to a doctor’s office, patient-physiotherapist interactions are high and more collaboration with the patient in physiotherapy is needed. Therefore, patient satisfaction questionnaires in medical areas are not suitable for use in physiotherapy (7). Therefore, physical therapy requires a specific instrument (7).

Cultural adaptation results in the creation of a questionnaire tailored to the language and culture of the same population, based on the original questionnaire (8). On the other hand, economic and cultural contexts influence satisfaction. Therefore, it is logical that people in different countries have different priorities regarding satisfaction (9).

This questionnaire has been translated to German (8) and Arabic (11).

The questionnaire on patient satisfaction with physical therapy provides self-assessment and is multidimensional. The original version is in French (12). It was developed in 1999 in an educational hospital in Geneva, Switzerland (8). This questionnaire, prepared by Monnin and Perneger was used on 528 outpatients and inpatients. Cronbach’s alpha coefficients ranged between 0.77 and 0.90, and its validity was supported. This questionnaire contains 14 questions. In the factor analysis, four factors emerged, including treatment (five items), admission (three items), logistics (four items), and global assessment (two items). The overall score ranged between 0 and 100. Each question has a five-point scale (1 = poor and 5 = excellent) (7). For each item, the following formula is used for scoring (score 0 - 100 = 25 × (score 1 - 5 - 1) (8).

This questionnaire is presented in Supplementary File.

This methodological research examined the psychometric properties of the 14-item tool to measure patient satisfaction with physical therapy.

This study was conducted in public physiotherapy centers in Kerman, Iran. All the patients had musculoskeletal disorders. Convenient sampling was carried out. The study was carried out in two steps. The first step was the translation and adaptation of the questionnaire to Persian and the second step was reviewing the psychometric properties.

1. After obtaining permission from the developer of the questionnaire, in order to examine the linguistic validation, the questionnaire was firstly translated by the forward translation method, which means a translation from English to Persian by two translators fluent in English and Persian, separately, who were not familiar with the original questionnaire.

2. The translation of these two translators was revised and approved in a group meeting of English professors and physiotherapists.

3. Backward translation means a translation from Persian to English, which was carried out by two individuals, who were fluent in English and Persian and were not familiar with the original questionnaire. These translations were presented in a group meeting of physiotherapists and English professors and the final translation was prepared after revision.

4. This translation was sent to the developer of the questionnaire, who was asked to comment on the translated version in term of the conceptual equivalence to the original version (13). His corrective suggestions were applied in the Persian version. Finally, in a group meeting of English professors and physiotherapists, the necessary corrections were made, and the translated version was matched in terms of the relevance of the questions and the consistency with the original questionnaire.

To assess face validity, 30 participants were included. These subjects were from different groups in terms of gender, social, and economic parameters, and were over 18 years of age.

A sample of 300 Persian-speaking physiotherapy patients was selected. The Patients’ demographic data, such as age, gender, education, area involved, chief complaint, disease name, duration of illness, and occupation were recorded.

Patients also completed the visual analog score (VAS) and the global rating of change (GRC) scales for divergent validity. Their results were compared with the results of the Persian version of the Patient Satisfaction Questionnaire with Physical Therapy (15).

To study the structural validity of this questionnaire, confirmatory factor analysis was performed using the Amos software. In this study, ceiling and floor effects were also evaluated by calculating the percentage of patients, who had the maximum (ceiling) and the minimum (floor) score in the questionnaire. If this percentage, at a maximum or minimum score, was > 15%, it was considered as a ceiling or floor effect, respectively (18).

The PTPSQ is a self-report tool based on domains cited by Nelson in 1990 (19). Goldenstein et al. investigated the validity and reliability of PTPSQ in 2000. Cronbach’s alpha was 0.82 and different types of validity were examined (10). This questionnaire consisted of 26 items. The first six items referred to patient’s demographic data and the second part included 20 items related to patient satisfaction (10).

The current researchers selected the PTPSQ for convergent validity because PTPSQ demonstrated strong psychometric properties for evaluating patients’ satisfaction with physiotherapy (10). This questionnaire has been used in many studies (9, 20-23). Bakhtiari translated this questionnaire to Persian. Intra-class correlation coefficient was 0.94 and validity obtained excellent results (24). It is brief and its content and dimensions are similar to the dimensions of Patient Satisfaction with Physical Therapy Questionnaire in the current study (9). Conceptually, these two questionnaires are very close to each other.

Since one of the exclusion criteria was cognitive problems, mini-mental state examination (MMSE) was used to investigate this case (25).

Of patients with musculoskeletal disorders referring to the public outpatient centers of physiotherapy in Kerman, Iran, 300 subjects were selected to participate in this study. The Persian version of the questionnaire was completed in two steps, with an interval of five to seven days by 40 patients receiving physiotherapy treatment. The subjects were > 18 years of age. The participants were able to write and read in the Persian language. At least their literacy was at the level of secondary school. Data were collected from July to November, 2017. Those, who had an MMSE test score of < 23 were excluded.

All the rights of participants in the study were observed. All the patients completed an informed consent form. The subjects were not required to write their name and identity information, and at each stage of the study, they could leave the study if they wished.

The entire process of this research was reviewed and approved by the Ethics Committee of the University of Social Welfare and Rehabilitation Sciences of Iran.

The patient satisfaction questionnaire was translated to Persian and tested for measurement properties. The descriptive information has been reported in Tables 1 and 2. For face validity, the researchers did not deal with a question or a phrase that was not comprehensible by reviewing the responses of the respondents, and without changing the translation of the questions, the Persian translation of this questionnaire was prepared. Overall, 45.5% of patients had a score of > 70. The mean scores and standard deviations of this questionnaire in the test and re-test were 66.44 (22.3) and 62.15 (23.3), respectively.

Table 3. Cronbach’s Alpha Coefficient for the Total Score of the Questionnaire and Subscales

Structural validity of this questionnaire was based on confirmatory factor analysis, using the Amos software. In confirmatory factor analysis, the most probable method for pattern estimation and some other indicators were used to examine the pattern’s fitness. The fitting of the model was assessed using the following indices: Chi-square (CMIN), relative chi-square: Chi-square/degree of freedom (CMIN/DF), root mean square error of approximation (RMSEA), comparative fit index (CFI) and Bollen’s incremental fit index (IFI) (26).

Pearson’s correlations between the scores of the Persian version of the questionnaire and values of the VAS and GRC were -0.24 (P = 0.0001) and -0.32 (P = 0.0001), respectively. The results of this test showed a significant negative and rather weak correlation between the total score of the questionnaire with the VAS and GRC, meaning that if the score of the satisfaction scale increases, pain and GRC score decrease, and vice versa.

Table 6. The Correlation Coefficient of the Total Score of the 14-Item Questionnaire and its Subscales with Physical Therapy Patient Satisfaction Questionnaire (PTPSQ) Score

This study evaluated the psychometric properties of the Persian version of the questionnaire on patient satisfaction with physical therapy.

The process of forward and backward translation of this questionnaire was carried out, according to standard guidelines (27). A total of 45.5% of the subjects had a score of > 70. The high satisfaction rate indicates the ability to differentiate dissatisfied and satisfied patients. This result is consistent with many questionnaires on patient satisfaction (4, 14, 28).

Based on the results of the present study, considering the ICC, the Persian version of this questionnaire is reliable (ICC: 0.88). The results of this study are consistent with those reported by Scascighini et al. (ICC: 0.74 - 0.92) (8).

Cronbach’s alpha coefficient for the subscales exhibited a range of 0.77 to 0.91 and for total score, this was 0.95, which is similar to those reported by Scascighini et al. (Cronbach’s alpha: 0.85 to 0.96) (8) and Monnin and Perneger (Cronbach’s alpha: 0.77 to 0.90) (7). The results related to the internal consistency of this study showed that all the items measured the same construct and matched the original version.

In the present study, researchers found a negative and significant rather weak correlation between the total score of the questionnaire with VAS and GRC, indicating the divergent validity of this questionnaire.

In the present study, the admission and treatment subsets had the ceiling effect (more than 15%), and the total score and logistic and global assessment subscales had no ceiling and floor effect. In Scascighini et al.’s study, the total score did not have ceiling and floor effects, and items three, four, six, and seven had ceiling effects (more than 30%) (8) and in the Monnin and Perneger’s study, all the scores had a ceiling effect, and the floor effect was not reported (7). In this regard, the results of the present study are somewhat similar to other studies.

The results of this study showed that the Persian version of the physiotherapy satisfaction questionnaire has acceptable validity and reliability and it is equivalent to the original version and is suitable for assessing the level of satisfaction of physiotherapy in outpatients and inpatients.

The authors are thankful to the Emam Hosein Hospital, Seyyedoshohada Hospital, Mahmoudi Charity Clinic, Payambar Aazam Hospital, Red Crescent and the Center of the Sacred Warriors, Shahid Bahonar Hospital, and other university hospitals in Kerman, Iran, for collecting data and questionnaires.