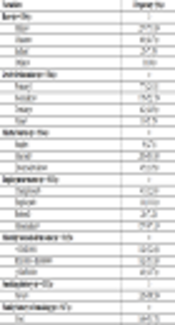 Physical activity (PA) has a wide range of beneficial effects on the overall health and quality of life (QOL) of breast cancer survivors (BCS).

The aim of this study was to determine the relationship between PA and health-related QOL in Malaysian BCS.

This is a cross-sectional survey involving 334 BCS. In addition to socio-demographic information, participants’ PA was assessed using the international physical activity questionnaire (IPAQ-SF). Health-related QOL was assessed using the functional assessment for cancer treatment-breast (FACT-B) version 4 questionnaire. Pearson’s correlation was used to explore the relationship between PA and QOL of the participants.

Breast cancer remains the most frequently diagnosed cancer in the female population and the second cause of cancer death worldwide (1). The population of breast cancer survivors (BCS) is increasing continuously with the triple effects of growing incidence, continuous improvement in diagnostic screening, and improved anticancer treatment (2). However, after receiving cancer treatment, BCS experience symptoms such as reduced physical activity (PA) pattern, reduced functional capacity, and fatigue (3). Studies have reported an association between poor prognosis and physical inactivity among breast cancer patients (4, 5).

Regular PA is very vital for the health and well-being, and has a wide range of beneficial effects throughout the cancer continuum (6). Some of these effects include decreased risk of all-cause mortality and breast cancer recurrence. Other positive effects are reduced morbidity, enhanced mood, improved overall health, and promoted quality of life (QOL) (6).

Previous studies in cancer patients have provided ample evidence of the positive impact of PA on both physical and mental health status, as well as health-related quality of life (HRQOL) indicators (7, 8). In addition, the significance of PA to psychosocial well-being and HRQOL has been readily documented (9). It has been established that women that walk three to five hours a week or its equivalent earn greater benefit, including the diminished risk of death after breast cancer diagnosis (10). Meta-analyses carried out amongst cancer patients (11, 12) have found that PA has positive effects on psychological well-being and HRQOL. Another study also reported positive effects regarding HRQOL (13), but, more recently, a study concluded that PA had no effect on the psychological outcomes measured in breast cancer (14).

Available studies conducted to determine the relationship between health behaviors and HRQOL among BCS reported inconsistent findings. For instance, Doyle et al. (15) showed a decrease in the level of PA after surgery while changes in physical functioning were shown to have a significant association with the level of PA and chemotherapy (16). Meanwhile, Norman et al. (17) reported a temporary decline in HRQOL outcomes during cancer treatment, which washed away thereafter and returned to normal baseline levels. Contrarily, Peuckmann et al. (18) found no negative effect of cancer treatment on the HRQOL of long-term BCS. Evidence on the relationship between PA and HRQOL is generally limited since research has mostly focused on specific interventions (19). In the case of Malaysia where cases of breast cancer are on the rise, there is a dearth of literature on this all-important public health phenomenon. This is while most of the studies in this regard have been conducted elsewhere.

Establishing a relationship between HRQOL and health status can help to make guided decisions on the allocation of resources. In the public health context, understanding how a healthy lifestyle like PA can influence HRQOL might aid in the formulation of policies that encourage PA participation (20). Moreover, identifying discrepancies in the correlation between PA and HRQOL may be useful for any healthcare facility that deals with this population. It may also facilitate PA interventions aiming at improving HRQOL among BCS (21).

This paper reported the association between PA and HRQOL in Malaysian BCS.

The participants in this study were female BCS whose diagnosis was confirmed through histological findings. Those included were aged 29 - 69 years, receiving an anticancer treatment, and having good performance status. We excluded BCS with any underlying medical conditions such as psychiatric illnesses and neurological conditions. The BCS in this study was defined as ‘any individual that has been diagnosed with cancer, from the time of discovery and for the balance of life’ (22). The sample size was determined based on the proportion (23) considered as 59% (24) with a coefficient of 1.96 for 95% confidence interval while taking 5% as the sampling error. Further 10% was added to cater for dropout.

The study was a multicenter cross-sectional survey and participants were recruited using non-probability sampling.

The IPAQ-SF is used to assess vigorous-intensity, moderate-intensity, and walking activities in the established domains of household/gardening, occupational/work-related, recreational/leisure time, and transportation. Validity and reliability of the tool have been proven (25). The instrument was translated into Malay from the original English version and the psychometric properties were found to be good with a coefficient of 0.99 for total PA (24).

The IPAQ-SF uses both duration (hours/minutes) and frequency (number of sessions/days). The self-reported PA of at least 10 minutes done at once is measured and recorded in metabolic equivalent (MET) based on the intensities. MET-minutes/week was calculated by multiplying the MET score of a given activity by the number of minutes and days the given activity was carried out in the past seven days. The MET rating for various PA intensities are as follows: vigorous-intensity PA has a MET value of 8.0, moderate-intensity PA 4.0, and walking 3.3. Further details of the IPAQ-SF are available at http://www.ipaq.ki.se/scoring.pdf.

The HRQOL was assessed using the Functional Assessment for Cancer Treatment-Breast (FACT-B) questionnaire. The tool contains 44 items rated on a five-point Likert scale. It comprised subscales that measure physical well-being, social/family well-being, emotional well-being, and functional well-being. The instrument is designed and developed to assess the HRQOL of breast cancer patients with an emphasis on patients’ values and brevity. The FACT-B total score has high internal consistency (alpha = 0.90) and the subscales’ alpha coefficient ranges from 0.63 to 0.86. It is valid, reliable, and responsive to changes over time (26).

The instrument has been translated into the Malay language (Bahasa Melayu) strictly following guidelines for cross-cultural translation and adaptation for research tools. This involves multiple forward and backward translations to and from the Malay and English languages. In addition, the psychometric property was tested for the Malay version (27).

The data collection was done by trained enumerators through one-on-one interviews with the participants. This method was chosen to eliminate as much as possible missing data and enhance the response rate. Participants were met at the oncology clinic on their follow-up appointment days. Initially, the study was introduced to the prospecting participants by their oncologist. While waiting for their turn, the researcher and the enumerator(s) approached participants and explained the nature and purpose of the study. Then, they were given the study information form in which details of the study were outlined. Thereafter, those who were willing to take part in the study signed the informed consent form. Human research and ethics committee of the Hospital Universiti Sains Malaysia approved the study (ethical approval No. USM/JEPeM/1406223). In addition, the confidentiality of the information and the privacy of participants were assured. The participants were advised on their rights and assured that participation was voluntary and withdrawal from the study brings about no negative consequences.

All data were cleaned and screened for missing and erroneous entry before analyses. The analyses were done with SPSS (IBM Inc., version 22.0) using descriptive analyses of means for numerical and frequency for categorical data. The computation of the results for PA and HRQOL data was executed in line with the guidelines of the International Physical Activity Questionnaire (IPAQ) and Functional Assessment of Chronic Illness Therapy (FACIT) groups, respectively. Pearson’s correlation was used to explore the relationships between PA and HRQOL components of the participants at a P value of < 0.05.

Table 1. Distribution of the Demographic Characteristics of Respondents

The clinical characteristics showed that the mean diagnosis duration was 24.7 ± 31.5 months. The overwhelming majority of the respondents had a total mastectomy (80.3%) and chemotherapy (88.0%) and they were mostly in the post-menopausal stage (74.6%). Meanwhile, more than half of the participants never used oral contraceptives (56.0%) and 37.7% of them had a family history of cancer (Table 2).

Table 2. Distribution of the Clinical Characteristics of Respondents

Table 3. Description of PA and QOL Components of Respondentsa

Table 4. Correlation Between Physical Activity and Quality of Life Components of Respondents

The present study demonstrated a significant positive correlation between physical well-being and moderate-intensity PA and walking. This result confirmed the results of Anokye et al. The authors found that participation in walking was correlated with a modest effect on HRQOL among the general population (19).

Participation in physical activity also benefits psychological well-being in several dimensions; the benefits cut across all the specific psychological outcomes. The means through which such a relationship goes seems to be the same as that obtainable among the general population. Courneya et al. (28) explained that the mechanism may involve the release of endorphins secondary to biological processes, leading to increased levels because of the physical activity, adaptation of the cardiopulmonary circuit, mastery achievements, social interaction between the survivors especially in a group training program, the time expended outdoors, and positive feedback such as the perception of positive physical-self and competence.

Although physical activities with higher intensity offer better beneficial effects, this study found no correlation between vigorous-intensity PA and any of the QOL components. The reason for this observation may be that there is always a tendency toward over- or under-reporting of the level of physical activity participation, which is common to subjective assessment (30). In the present study, it is possible that vigorous-intensity PA was under-reported or moderate-intensity over-reported. The effect of this observation is the potential of bias estimation of physical activity, which implies an underestimation of the connection between physical activity participation and quality of life. However, noteworthy is that studies on the breast cancer survivors’ physical activity preference have shown an inclination towards light-intensity to moderate-intensity activities such as walking (31, 32).

The relationship between physical activity and HRQOL of the breast cancer survivors under study has implications in terms of general health promotion. It means including physical activity into the management of their disease, especially early in the process of recovery, will yield immense dividends to the HRQOL in the recovery period. Furthermore, this finding buttresses the fact that being physically active is still far better than choosing a sedentary lifestyle; hence, these patients need to be encouraged to have some levels of physical activity throughout the period of treatment and rehabilitation.

The limitations observed in this study must be appreciated. Due to the cross-sectional nature of the design, conclusions could not be drawn on the causal relationship between the physical activity and quality of life. In addition, in terms of assessment, although acceptable, recall bias is a common concern in self-report surveys of physical activity. However, the high participation rate, multi-center recruitment, large sample size, and the statistical power, as well as the broad definition of survivorship, may permit the results to be generalized to breast cancer women in Malaysia.