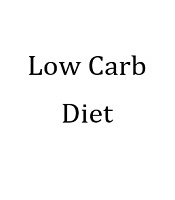 As per the study published in the Annals of Internal Medicine, 150 men and women of the racially diverse group were recruited to follow a specific diet for a period of one year, which particularly restricted them to eat wither carbohydrate or fat, but not overall calories.

At the end of the clinical trial, a group of people who have followed a low carbohydrate diet had lost about a mean of eight pounds more than a group of people have followed a low-fat diet. In addition, people in a low carbohydrate diet had shown a considerable drop in body fat percentage than people who were following the low-fat diet. People in the low-fat group also experienced weight loss but was the loss of more muscle mass than fat. The balance of lean mass versus fat mass is much more important than weight. Hence, the low-carbohydrate, high-fat group people showed more weight loss than the low-fat group.

Nonetheless, people who restrict carbohydrates tend to lose extra body fat and thereby, have a lesser risk of heart and cerebrovascular diseases than with a low-fat diet consumption, which healthcare community has advised to follow since years.

Recent dietary researches observed that the risk of heart disease may get reduced by eating fewer carbohydrates and moderate dietary fat except for trans fats. Nuts are favorable for health and heart as they contain less sugar and have healthier saturated fats, which favor more in weight loss because of their anti-oxidant properties. These novel findings infer that low carbohydrate diet consumption is extra efficacious in losing fat content and helps in the reduction of weight (1).

Another study was recently published in the JAMA/Archives journals (Archives of Internal Medicine). Researchers of St. Michael’s Hospital and the University of Toronto, Ontario, Canada, evaluated the effectiveness of a low-carbohydrate diet on weight loss in 50 subjects. A total of 25 subjects were randomly allocated to consume “the "Eco-Atkins" diet” for a month or four weeks, while another 25 participants are allowed to eat a control diet of high-carbohydrate, Lacto-Ovo vegetarian, and based on low-fat dairy and whole-grain products.

Thus, these studies showed that obese or overweight people with high LDL cholesterol levels who consumed a diet, high in vegetable proteins have accomplished a greater reduction in cholesterol levels and weight, a culprit for heart diseases. These studies also infer that intake of a low-fat diet with high carbohydrate may also lead to weight loss but doesn’t exclude the risk of heart disease (2).

2020-04-22 07:13:02
This Websit is literally the BEST and AWESOME for people to Health Care Information and weight loss community, I read it everyday, and I,m also so grateful. I found "https://bit.ly/NaturalWayToLoseFat"... I helped me not only lose weight but keep it off, hope it helps some others! TAKE CARE AND STAY AT HOME.....

2020-04-22 07:14:14
This Websit is literally the BEST and AWESOME for people to Health Care Information and weight loss community, I read it everyday, and I,m also so grateful. I found "https://bit.ly/NaturalWayToLoseFat"... I helped me not only lose weight but keep it off, hope it helps some others! TAKE CARE AND STAY AT HOME.....